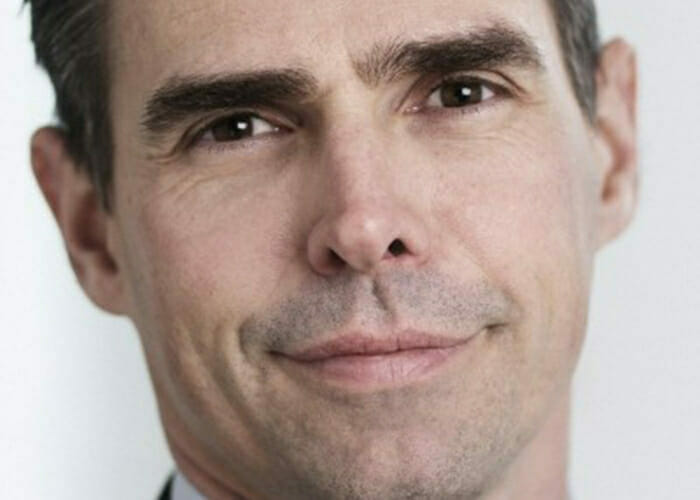 Denmark’s largest pension fund, the DKK768.6 billion ($126.9 billion) ATP, has just posted its best results in years, returning an exceptional 29.5 per cent. This cements the fund’s average annual return of 16.6 per cent, in a portfolio that has achieved positive returns in 18 out of the last 20 quarters. The portfolio is split between hedging and return-seeking investments and the bumper results relate only to assets in the much smaller return-seeking portfolio – about one-seventh of ATP’s total assets under management.

Behind the returns lies a complex structure and investment strategy, which are as much a source of pride for chief investment officer Kasper Ahrndt Lorenzen as the numbers themselves. It’s the result of a meticulously crafted strategy that he likens to an engine. Getting it to fire on all cylinders requires constant tinkering with checks and balances, drawing on tools such as leverage and derivatives.

The return-seeking fund, which has been run on a risk-parity basis since 2005, introduced four risk factors in 2016. ATP decided to replace the traditional asset classes it had invested in during the previous decade with allocations based on equity, interest rates, inflation and other risk factors – namely illiquid risk factors and an allocation to long/short hedge funds or alternative risk premiums.

“We wanted factors that made sense, that you can talk about and which are tradeable and easy to implement,” Lorenzen says.

Assets are chosen according to the extent to which they “load to the right factors” and meet the return hurdle based on the fund’s understanding of risk. The bulk of the portfolio is internally managed by a team of 120, divided into investment, risk and IT teams, based at ATP’s Hillerød headquarters.

Much of ATP’s recent success is attributed to careful sizing and adjustments of the different factors to ensure the risk in the portfolio remains balanced. Correctly gauging the size and scale of the interest-rate factor, amid today’s low-rate environment and inflationary pressures, has required constant tweaks and analysis, Lorenzen says. What kind of loading to the interest-rate factor will ensure a good balance? Are there any hidden interest-rate risks in the portfolio construction? These are the questions he typically asks.

“You want to be balanced but you also want to be sure there isn’t too much interest rate exposure,” he says.

He is particularly mindful of hidden interest rate risk bleeding into other factors and upsetting the balance; for example, in the equity valuation metric – something he calls equity duration. If rates move more than expected, equity valuations will probably erode.

“All of a sudden, higher interest rates convert into lower equities and you don’t have the balance in your portfolio anymore.”

Rising inflation could be another source of disruption.

It’s why he is mulling whether to increase the allocation to inflation risk.

ATP reduced its allocation to the equity risk factor to 44 per cent through 2017, down from 50 per cent at the end of 2016. It increased exposure to both inflation and interest-rate factors to 15 per cent and 32 per cent, respectively, up from 9 per cent and 25 per cent. The remaining 9 per cent is exposed to the other risk factors, down from 16 per cent. ATP’s expenses amounted to 0.31 per cent of the aggregate assets the fund managed at the end of 2017.

“We like hedge funds,” he enthuses. “We are just looking at options.”

He’s found that the performance of the hedge fund basket is most useful in informing the risk strategy and asset allocation of the beta portfolio. The long/short strategies give him an ability to “zoom into the market” and glean information that he can apply to producing equity, rate and inflation beta across the broader mandate. He’s deciding whether to scale down the hedge fund strategies and include more risk-premia strategies in the beta implementation.

“Do we really need the kind of size in long/short format we thought we would, or do we need a smaller size here but use all the work and signals in the asset selection?” he asks. Volatility risk and foreign exchange premia strategies will continue unchanged, while others have been included in the beta implementation.

Another potential change could an increased allocation to private markets and illiquidity risk. The imperative of balance and equality that runs throughout ATP means the current 40/60 split of illiquid and liquid assets, respectively, is on Lorenzen’s mind.

“Forty per cent of our overall fund risk is in private, illiquid investments,” he says. “If we are to have a truly balanced approach, [should] this be 50/50?”

Whatever he decides won’t happen overnight; it takes time to engage in private markets, he says.

Even if none of the changes Lorenzen considers come to fruition, the thoughtful process that characterises every aspect of ATP’s investment strategy is highly beneficial. The in-depth analysis by investment teams is followed by explaining the process to the board and other stakeholders. It is a powerful, affirming journey.

“When you consider something, you are forced to talk about it and embrace it,” Lorenzen says. “We have to prove it is not something we just came up with, but that it is based on a number and is anchored in academia and asset pricing.”

It is a culture of questioning and analysis, what he calls a “sanity check”, that runs throughout the portfolio. The fund constantly questions whether it can justify its complexity, its information technology resources, and investment in illiquid markets that will take time to come to fruition, he says.

It was this decision-making process that led ATP to close its New York private equity office recently – despite private equity topping 2017 returns. Now the fund will focus on fewer but larger allocations within buyouts and distressed funds, along with co-investment with general partners, both of which can be done out of the Denmark office.

As Lorenzen explains, “We asked ourselves if we could justify having a NY office that focuses on funds-of-funds and we decided we couldn’t lift that burden.”