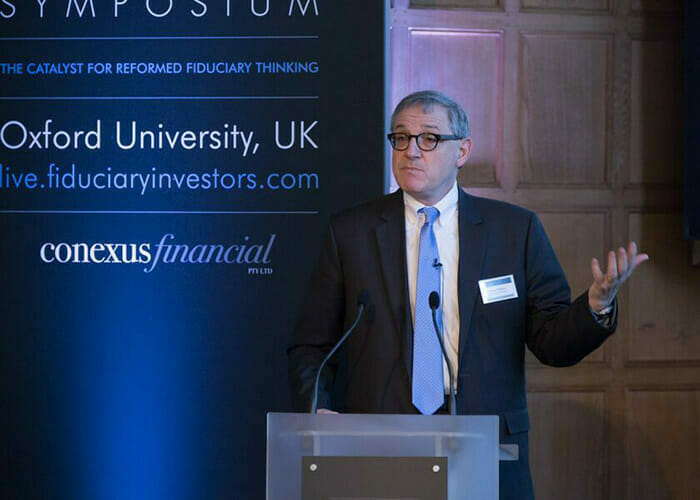 Fiduciaries should think about their collective duties to human society when they consider their investment strategies, the Dean of the University of Oxford’s Said Business School has said.

At a time of multiple global threats and unknowns, investors should take a big-picture approach guided by both a moral perspective and investment opportunities, the Peter Moores Dean and Saïd Business School professor of finance told delegates at the Fiduciary Investors Symposium at Oxford.

He argued that priorities should go beyond wealth creation for individuals to the long-term interests of beneficiaries.

“If fiduciaries have a collective duty to human beings, we have to consider happiness and survival of the species,” he said.

That thought process led him to ask what makes people happy. The World Happiness Report states that it’s not just money.

“What we know from happiness research is that beyond a certain level of subsistence, increased money doesn’t correlate with increased happiness or satisfaction,” Tufano said. “Happiness and satisfaction are stronger when individuals have meaning and purpose.”

He drew on a range of sources to illustrate the economic landscape and challenges that could lie ahead. Kate Raworth’s Doughnut Economics suggests the future goal for economies is ensuring a balanced combination of human and planetary prosperity. Her future scenario is a flourishing web of life where human needs such as peace, equality and health are in sync with planetary needs around mitigating climate risk and ensuring biodiversity.

Research from Oxford’s Future of Humanity Institute finds that grave threats lie ahead. Drawing on collective data and interviews, the institute has isolated 12 risks that threaten human civilisation, Tufano explained. Some are acts of god, such as an asteroid impact or a super volcano; others are things we have at least some control over, like extreme climate change and ecological collapse, nuclear war or global pandemics. The research also lists AI, synthetic biology and nanotechnology as threats, despite their positive consequences, because these technologies can also be weaponised.

“It is sobering,” he said, reflecting on the 12 threats. “I have sat on investment management committees for the past 50 years and we haven’t discussed many of these things in board meetings.” He noted that these threats were a consequence of both market and government failures and that new technology would increasingly address them.

Investors navigating a future strewn with risk have several options. They could do nothing, which Tufano argued was a choice, just not a “positive one”. They could consult their beneficiaries, something few institutional investors tend to do, or they could let their actions be guided by both moral imperatives and investment opportunities.

To illustrate how these two factors could interact in typical investor activity, Tufano concluded with a case study and an imaginary scenario. When US food giant Kraft Heinz bid for Anglo-Dutch company Unilever in 2017, offering an 18 per cent premium for the consumer goods group, Unilever rejected the proposal. The company said at the time that it wanted to balance profitability with environmental sustainability, and Kraft Heinz was known for aggressive cost-cutting that would put that strategy in jeopardy. In a hypothetical shareholder vote, 75 per cent of symposium delegates also voted to reject the offer.

In the scenario, Tufano asked delegates to vote on whether to invest in a new imaginary technology that allowed parents to control the gender of their child. The technology would probably be met with strong consumer demand and generate superior risk-adjusted returns, he said. Again, delegates rejected the idea, with 83 per cent voting no for reasons including the long-term impact such a technology would have on the gender balance.

Callum JonesJanuary 18, 2023
Home>Events>Fiduciary Investors Symposium>Oxford 2018>A fiduciary duty to all of society 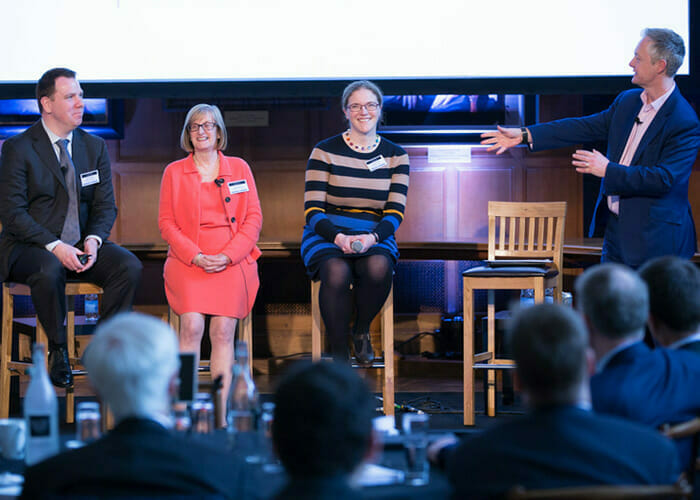 The CIO of the $4.3 billion fund manager argued in a panel discussion that an excess of capital in the market and lack of access to top general partners have hurt the asset class.
Sarah RundellApril 18, 2018
View more articles