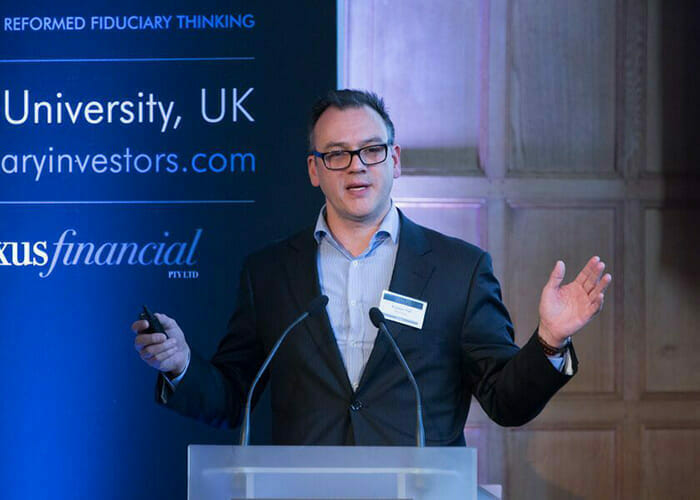 Australia’s A$44 billion ($34 billion) Cbus Super, a pension fund for the construction and building industry, is bringing up to 40 per cent of its asset management in-house. It’s a response to the fund’s growing assets under management, which have doubled in the last five years and are forecast to hit $60 billion soon. Pressure on alpha, linked to a declining capacity to pick successful external manager strategies, also influenced the decision.

“We are taking a successful model and changing it,” Fok said. “But it’s time for us to think about our future growth and model going forward.”

“It has made it much easier to have fee structure conversations with managers,” he said.

The process began 20 months ago, when the Cbus board approved a comprehensive plan, beginning with active equity. Cbus has a 55 per cent allocation to equity, split between passive and active.

“We believe in active management and look for a contribution of alpha in excess of 1 per cent,” Fok said. The fund has also set up a direct-lending arm, through which it partners with fund managers.

Handling more infrastructure assets in-house was “a logical extension”, Fok said, and Cbus now directly invests in smaller infrastructure assets, such as a recently completed investment in solar and wind energy in Western Australia. It still uses fund managers for the bigger infrastructure deals, and has good relationships with two global funds, Fok said. He also noted that doing more deals directly has resonated with the fund’s beneficiaries in a meaningful way.

“We are supporting investment activities that are aligned to our membership base,” he said. “It is a nice parallel to say to our members that we invest in the same way.”

Now the focus will turn to building an in-house team to manage small-cap equities. Cbus also wants to develop an Australian corporate opportunities portfolio, which will invest alongside several local companies, either underwriting deals or lending to entities that want to raise private capital rather than equity.

“We will put this to our investment community over the next months,” Fok said.

In the long term, the fund wants to apply its own research to its Asian equity and fixed-income allocations, too.

Three guiding principles shaped the thought process behind the move in-house, Fok said: a long-term approach, Cbus’ reputation among beneficiaries and wider society, and how best to reflect the fund’s positive cash flows. Bringing assets in-house has also freed the fund from a strict mandate that confined assets to single buckets. The interdependency between infrastructure and property assets via Cbus’ airport investments is one example of the benefit, he said.

The decision to internalise management has also been driven by the fund’s experience managing a direct property portfolio via its subsidiary Cbus Property, which manages a $3.2 billion ($2.5 billion) portfolio invested in Australia’s commercial, retail and residential sectors. Investments focus on high-quality, sustainable assets, and “there is no compromise” incorporating sustainability, Fok said. It’s an important driver of the business that brings returns of up to 20 per cent annually.

“If you have a reputation for the way you invest, it attracts customers – anchor tenants are an example.”

Challenges with the move in-house have included expanding an internal team from 25 to 80, with plans to grow to 100.

“Attracting the right people, building the right culture and dealing with that growth are challenges,” Fok said. “We are also specific about what type of team we want.”