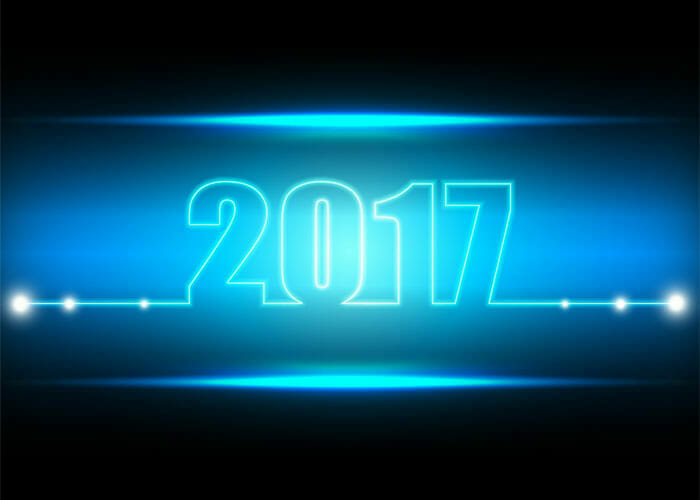 One of our defining characteristics, and main objectives, at top1000funds.com, is to provide behind-the-scenes insight into the strategy and implementation of the world’s largest investors. Analysing the most read stories of 2017 shows that’s where our readers’ interest lies, as six of our top 10 stories for the year were Investor Profiles – interviews with CIOs of large asset owners.

In 2017, readers were interested in learning from one another with regard to asset allocation, innovation on fees, new investment opportunities and organisational design.

This year, we have delivered more than 300 Investor Profiles and other analytical and research-driven pieces on the global institutional investment universe, and we now have readers at asset owners from 95 countries, with combined assets of $48 trillion.

Thank you to all our interview subjects, readers and supporters over the last year. Below is a look at the 10 most popular stories of 2017.

This deep dive into the world-class private capital division of OTPP, led by Jane Rowe, reveals a strategy of buying large direct stakes in companies, and a commitment to innovation.

Since its inception in 1990, the C$175.6 billion ($136.5 billion) fund has achieved an average, annualised return of 10.1 per cent; fully funded four years on the trot, it now boasts a $9 billion surplus. This track record has been achieved with a revolutionary investment approach that prioritises active, internal management and buying chunky direct stakes in companies, infrastructure and property. It has made OTPP the benchmark for endowments and pension funds the world over.

This story looks at the strategy of the 75-strong private capital team, which oversees a $20 billion global portfolio and complex relationships with about 40 core private equity funds. It reveals the shift towards direct investing and the search for opportunities in emerging markets. Read more

The world’s biggest funds are gaining even more market share, and arguably more influence, over the world’s pension capital, with the largest 300 funds now accounting for 43.2 per cent of all global pension assets.

This story examines the Willis Towers Watson report on the top 300 pension funds for 2016, which shows the world’s 20 largest funds have increased their share of global pension assets under management by 7.1 per cent. Further, the capital is becoming even more concentrated at the very top, with the largest 20 funds in the world accounting for 40.3 per cent of the assets of the Willis Towers Watson 300 ranking. Read more

The third most read story of 2017 was also a profile, on Ontario Teachers Pension Plan and its intention to unleash “a whole brand new level of innovation in the organisation that we have not seen in the past 15 years”. The fund’s chief executive, Ron Mock, revealed that the platform of innovation and commitment to excellence that has been at the foundation of the fund’s success will continue to drive it. This includes an evaluation of the way it manages its portfolio at a total fund level, and how it addresses risk and communicates as a team. Read more

The US-based Cambridge Associates is best known for its advisory work with endowments and foundations, where private and alternative assets have been its specialty. But its outsourced-CIO business is its fastest-growing, increasing by nearly 30 per cent each year for the last five years.

Cambridge manages $22 billion for clients of its O-CIO business, and these clients tend to have a fairly aggressive asset allocation. While it varies by client, a typical allocation for an open plan would include: 10-15 per cent in alternatives such as private equity and private credit; 10-20 per cent in hedge funds; a healthy portion in long-only equities; and 20-40 per cent in fixed income, depending on funding status. This profile looks at these allocations, and the tilt towards alternatives and hedge funds, and asks whether high fees eat into the potential alpha. Read more

The first-ever publicly released review of the California Public Employees’ Retirement System’s (CalPERS) investment consultants revealed a high satisfaction with the consultants’ honesty, integrity and competence, but much lower satisfaction when it comes to them recommending ways to control fees and costs and proactively bringing new investment opportunities to the board’s attention.

Eleven of the CalPERS board of administration’s 13 members provided responses to a 16-question survey assessing the consulting firms in three main areas: strategic analysis and recommendations, communication and responsiveness, and overall performance. Read more

The $140 billion Teacher Retirement System of Texas is successfully renegotiating its fees with its hedge fund managers, including moving to a 1-or-30 model as it looks to realign fees across the board. Under the model, TRS pays hedge fund performance fees only after managers meet an agreed upon hurdle rate. Managers can earn whichever is greater – either a 1 per cent management fee or a 30 per cent cut of the alpha or performance after benchmark.

This innovative model was also outlined in a story we published on the chief executive of Albourne, John Claisse, who worked with Texas Teachers on the fee structure. Read more

Over the last 10, 20 and 43 years, the South Dakota Investment Council (SDIC), which manages the benefits of more than 84,000 of the US state’s public-sector employees, has ranked in the top 1 per cent of US public pension funds in terms of investment performance. This article looks at the strategy at the $10.5 billion fund, which is based on strict adherence to long-term strategies. The fund’s quest for value has led to contrarian moves in real estate and debt, plus a focus on hiring and retaining young, local talent. Read more

Persistence of returns in private equity is diminishing. Moreover, the returns themselves are not what they used to be. And in even further bad news, new research from a leading Massachusetts Institute of Technology academic shows that co-investment vehicles may not be a panacea for these problems.

In the first of this two-part series, chair of the finance department at MIT Sloan School of Management, Antoinette Schoar, reveals new research that looks at the structural change private equity is undergoing – with persistence and performance waning – and warns investors that co-investment may not be a panacea.

The second part of the story looks at how investors are reacting to this news, including the Oregon State Treasury, which has the oldest private equity program in the United States. Read more

The results of the third-annual conexust1f.flywheelstaging.com/Casey Quirk Global CIO Sentiment Survey, published back in February, revealed that asset owners planned to put more pressure on fund managers’ fees in 2017, as they looked to control costs in a low-return environment.

Chief investment officers cannot rely on markets to generate high returns, and also can’t control contribution levels, so they are looking to what they can manipulate – costs.

As a consequence, managers need more innovative thinking around fee structures, according to the survey, including models that put more of their own skin in the game.

This was definitely a theme that played out as predicted in 2017. Read more

Number 10: The value of the Canadian model

A lot has been written about the superiority of the ‘Canadian model’ for managing pensions, but assigning an actual value to this organisational design structure has been elusive. Now, Keith Ambachtsheer has done it. He looked at eight Canadian funds that have provided CEM Benchmarking with data for 2006-15 and also exhibited for that 10-year period three features he considers part of the Canadian model: a clear mission, a strong independent governance function, and the ability to attract and retain talent. The funds also have had sufficient scale to insource the investment function if they choose. He compares these eight funds to 132 other funds with data in the CEM database and, using an elaborate framework, places the “value” of the Canadian model at $4.2 billion a year. Read more