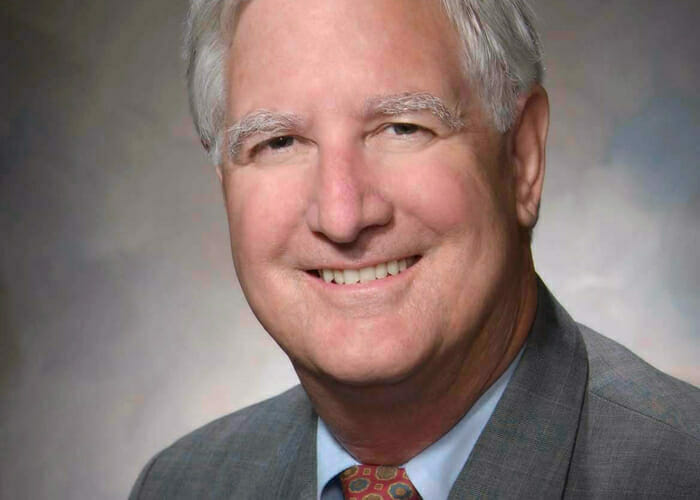 After 25 years as CIO of Idaho PERS, Robert Maynard, has seen it all. He’s convinced a simple, transparent and focused investment strategy prevails in all terrain. The philosophy is reflected in the fund’s asset allocation focused on cheap, passive strategies in public markets.

Robert Maynard became chief investment officer of the Public Employee Retirement System of Idaho (PERSI) in 1992. His 25 years at the helm of the $16 billion pension fund for Idaho’s public sector employees has thrown every kind of financial weather his way from the collapse in emerging markets to the tech wreck of the early 2000s and the global financial crisis of 2008-9.

It’s all conspired to convince him of the merits of what he calls “conventional investment strategy” that relies on simple, transparent and focused investment vehicles.

It lies behind PERSI’s asset allocation, divided between a 70 per cent allocation to equity and a 30 per cent allocation to fixed income, and explains Maynard’s other key preferences. Namely for public markets over private, cheaper passive strategies that depend on market movements for success rather than active management, and capping diversity at between 7-10 asset types. He likes long-term postures rather than short-term efforts to fight market volatility, and his internal team comprises just two investment professionals. Strong returns, he says, are proof that it works. PERSI’s five-year return is 8.8 per cent and the 20-year return is 7 per cent.

But Maynard is also quick to articulate the key reason PERSI can afford this no frills approach. The fund’s robust financial health means it only targets a real return – above inflation – of between 3.75 per cent and 5.0 per cent.

“The way that we are set up means that we don’t have to get above market returns and this makes all the difference in the world. We can accept normal, or sub normal returns. Looking at our liabilities, we are fine as long as we get returns somewhere between 3.5 and 4 per cent above inflation. And if inflation is lower we don’t’ have to make as much.”

It is a backdrop to his investment strategy that contrasts with the many endowments forced to reach for returns of 7 per cent above inflation, or other US public funds struggling, and failing, to introduce new contribution levels, he says.

His preference for simplicity is born from a belief that picking winners, or trying to beat the market, is inherently risky.

“It involves entering a game where the odds are stacked against you. I can pick the good from the bad and the pro from the amateur, but I can’t pick the great from the good.”

He believes the demand for high returns for many funds is pushing them towards riskier strategies that extend beyond straight forward risks.

“It’s about more than simply finding a large cap growth manager who can beat the S&P 500 growth Index. The out-performance may be there, but it is not going to be at the level that is going to save your fund.”

Instead these pension funds need to “find places” where if they “hit it big” it actually makes a difference. Private equity, hedge funds and internal management are the most common strategies. All involve manager fees and competing against the market, but also against other investors trying to work with the best managers too.

Sticking with a conventional strategy is most difficult when market conditions turn challenging. “The worse time to make a decision is in the middle of a crisis. You’ve just got to stick with it and keep the discipline when the automatic view is that you think you need to do something,” he said. “Switching in and out of select asset types in a time of crisis means getting three investment decisions right. When to get out, how to get back in and where to put the money in the meantime.”

Maynard has a deliberately low turnover of managers with relationships typically stretching for 10-15 year periods, and only ending if a manager merges or their investment style changes.

“We did a manager search in the early 2000s, and finished another one last year,” he says, illustrating the point of how rarely the portfolio opens up. When PERSI leaves a manager relationship the money usually goes into an index fund, or is reallocated to existing managers, he says.

“We don’t fire for performance,” he adds.

Indeed, he is quick to defend managers that do underperform. He asks for separate accounts so securities that can be independently priced on a daily baisis. It means at the end of each day he knows “within 10 basis points” what that manager should have done.

“We know exactly what type of stocks they have, what their style is, and what their turnover is and it’s clear if they are doing anything different. Given this, if they are underperforming a benchmark like large cap growth or international value it says more about what the market is doing than it says about the manager. They are still doing the same thing we hired them for.”

He favours managers with a clear style and concentrated portfolios and avoids “black box” managers that aren’t easily explainable. This excludes hedge funds, quantitative strategies and other short-term strategies like tail risk insurance or covered call option writing – strategies he likens to “cutting up the same pie and putting on new labels.”

The fund doesn’t hedge its currency exposure, avoids emerging market debt and high yield bonds, although the fund allows active bond managers to venture there if they want to. A typical scenario could see a bond manager invest in dollar emerging market debt to try and outperform the general fixed income benchmark, he says. The fund’s two biggest overweight positions are emerging market equity (accounting for between 8-10 per cent of the total fund) and an allocation to TIPS.

PERSI’s board comprises five members, none of whom are required to have a deep investment experience. Something that Maynard is convinced is an attribute since the board tests his ability to explain strategy in commonly understood terms.

The chances of Britain leaving the EU without a withdrawal deal seem greater than ever. Retirement systems need to prepare for changing valuations and disruptions to how they do business.
Matti LeppäläOctober 16, 2018
View more articles