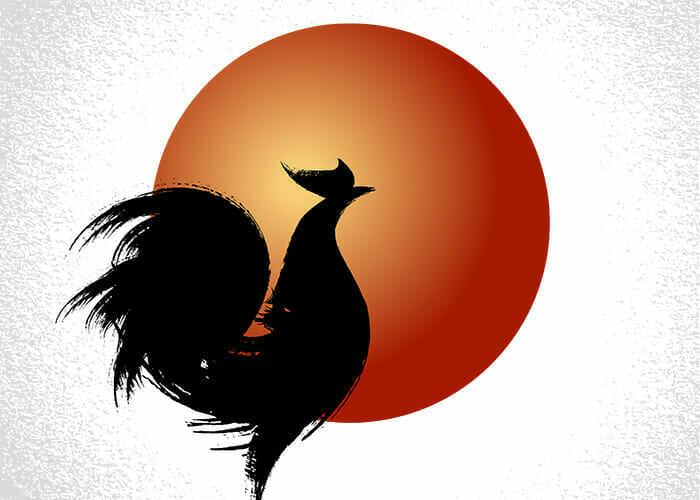 At the outset of 2017 – the Chinese Year of the Rooster – chief investment officers are acutely aware of the potential for the world’s politicians to wreak havoc with their plans. After a turbulent 2016, this could be the year when the risks of an unbalanced portfolio truly come home to roost.

This January, the world heard a promise by British Prime Minister Theresa May to implement a clean and hard Brexit from the European Union, followed by an incendiary inauguration speech from new US President Donald Trump. These two figures, who were at the centre of the biggest geopolitical shocks of 2016, are set to continue shaping global markets in the year ahead.

More worrying for investment chiefs is that there are so many potential geopolitical triggers for market upsets already pencilled in on the calendar.

Elections will be held in the Netherlands, France and Germany, and possibly in Italy and the UK. Far-right populist parties touting nationalistic, protectionist policies stand to gain ground in all those polls. A twice-a-decade leadership reshuffle in China, which is scheduled for the latter half of 2017, could throw up another wildcard.

These are just a few of the major geopolitical events investors are trying to plan for – what former US defense secretary Donald Rumsfeld would refer to as the “known unknowns”. But, of course, the biggest geopolitical shocks are always the unknown unknowns that no one sees coming.

“Any CIOs who think they have a handle on geopolitical risks are fooling themselves,” Statewide Super chief investment officer Con Michalakis warns. “The fact is, you can’t predict the future and history has shown that markets don’t price geopolitical risk well.”

What worries Michalakis is that in the current environment, with asset prices inflated from eight years of record low interest rates and extraordinary international monetary policy, even a small geopolitical shock might lead to major falls in global financial markets.

He has already re-positioned Statewide’s $7 billion portfolio to better withstand the inevitable volatility. This meant branching out into absolute returns and not being too reliant on equity risk, but still keeping some bonds for risk protection.

“At the moment, you want to be fairly diversified and take a little bit of risk off the table,” he says.

MLC chief investment officer Jonathan Armitage is also relying on diversification to protect the more than $100 billion portfolio he shepherds.

“Corporate profitability in the US and elsewhere will be subject to a number of different forces, which makes forecasting unusually challenging,” Armitage says. “The direction of government policy will also be an area that will be interesting, with a new administration in the US, presidential elections in France and the evolution of UK policy regarding Brexit.”

He says ensuring portfolios have adequate diversification will be especially important, given the heightened chance that both equity and bond markets could be set for a tumble.

“There is clearly an important question around whether the recent moves in bond markets, especially in the US, are temporary or reflect a more permanent shift in valuations,” he explains.

Armitage cites a well-timed shift out of long-dated US treasuries and into private credit as his best investment call of 2016.

Trump’s inauguration speech on January 20 painted a dystopian picture of the super power, with “rusted out factories scattered like tombstones across the landscape”, as he pledged to protect US borders from “the ravages of other countries”. Trump is spruiking a mantra to “make America great again” via a program to “buy American and hire American”.

However, Trump’s power over domestic reforms is dependent on having Congress on his side.

Geopolitical forecasters, including George Friedman and John Mauldin of Mauldin Economics, advise investors to pay attention to the actions of US Speaker of the House of Representatives Paul Ryan and the chair of the House Ways and Means Committee, Kevin Brady. Without these two Republicans onside, most of Trump’s domestic policies will be dead in the water.

Nevertheless, Trump remains a maverick with the potential to disrupt, as was demonstrated when a tweet he sent wiped $US4 billion ($5.3 billion) off Lockheed-Martin’s equity market valuation.

UniSuper head of global strategies and quant methods Rob Hogg is concerned about what Trump will do in the international realm, with his considerable power to reshape global trade policy.

“The question is whether we will see elements of protectionism, trade retaliation, or tariffs,” Hogg says. “Those sorts of elements are unambiguously negative for the growth of trade and also for investor sentiment.”

Hogg cautions that for all the geopolitical risks, investors should not forget that in the background there remain structural headwinds – such as baby boomers reaching retirement age and ongoing public and private debt – that need to be tackled as well.

In this stressed environment, China is emerging as the new international responsible citizen, supporting free trade and the Paris agreement on climate change.

With this in mind, Frontier Advisors director of capital markets and asset allocation, Chris Trevillyan, thinks that of all the geopolitical risks visible on the horizon, the one with the greatest potential to cause serious disruption for investors is the 19th National Congress of the Communist Party of China, slated for the second half of 2017.

The five-yearly congress marks a transition of leadership in the top ranks of China’s ruling Communist Party. In 2017, President Xi Jinping is almost certain to retain the top party spot of general secretary. However, there is much uncertainty over the other leadership positions.

“That could well be the most influential event, but it is the most opaque, so you don’t necessarily know in advance – or even afterwards – what has happened,” Trevillyan says. “Investors will have to wait to see how it plays out.”

The worry is that a desire to appear strong will lead China to take an even more aggressive stance in its territorial dispute with the US in the South China Sea, potentially sparking a war.

Sunsuper listed shares manager Greg Barnes is also cautious about the potential fallout from trouble in the South China Sea.

The power struggle between Australia’s two largest trading partners could have big repercussions domestically, Barnes says. However, he is confident that Sunsuper’s $36 billion portfolio is well-positioned for these risks.

“We are in quite a reasonable period of market performance for equities, but it’s really about having a broadly diversified portfolio that can withstand the hiccups that invariably happen,” he says.

A significant allocation to high-quality unlisted assets, which have in recent times delivered both stronger returns and lower volatility than equity markets, is something Barnes tips to continue to pay off in 2017.

“[With] that kind of portfolio structuring, if there is a bump, we probably don’t go down as much; then we get back to compounding more quickly when the markets recover,” he says.

This article first appeared in the February print edition of Investment Magazine, sister publication to conexust1f.flywheelstaging.com.