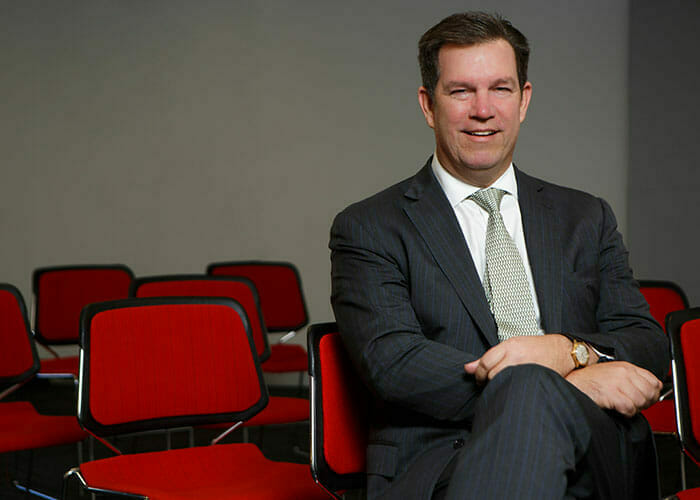 When the $62 billion not-for-profit super fund QSuper opens its doors to all comers from June 30 next year, the fund’s chairman, Karl Morris, does not expect it to be swamped by new membership applications or transfers.

“Personally, I don’t see that we’re going to get an absolute flood of new members coming into QSuper overnight,” Morris says. “It’s a very competitive space. [But] I might be surprised; there might be a bit of a windfall from people we know have been wanting to join the fund but haven’t been able to.”

Morris says that initially, at least, becoming a public-offer fund will shore up QSuper’s defences against leakage.

“We’ve had $30 million we’ve had to send to other super funds because [members] are no longer government employees,” he says. “I don’t like doing that when I have those people saying ‘why can’t I remain?’ I think it’s bloody awful that we’ve got to shift them out. I also think it’s bloody awful also that we can’t take relatives on as well.”

Being an open-offer fund will mean QSuper has to more actively raise its brand awareness, “but I like to think we’ll do that in a responsible and reflective way, reflecting our members’ best interests,” says Morris.

“We will do a significant amount of analysis and ask for feedback from our members on what they think is appropriate in increasing our brand awareness, particularly in Queensland,” he says.

But don’t expect to see the fund’s branding appearing on football players or a sports stadium. What being a public offer fund might allow QSuper to do more efficiently, however, is offer to other funds some of the solutions that it has developed for its own members.

“For example, our new insurance business,” Morris says. “At the moment we’re just going to insure our own members, but what’s to say another super fund doesn’t come to us and say ‘we have a very aligned membership base; we don’t want to go to whoever; would you think about covering our members as well?’ It will allow us to do those sorts of things. And in the insurance business it is a capacity business, a scale business.”

That sharing approach could extend to other aspects of fund operation as well, Morris says, overcoming some of the inefficiencies inherent in having every fund independently trying to solve the same problems as all the other funds.

“There’s a lot of us reinventing the wheel,” he says. “I look at other industries that I’m involved in that have the same problems. There’s not as much sharing that goes on. We’re all solving the same issues and we’re all spending the same amount of money solving those issues. I would have though that in the not-for-profit world we’d have been a little bit more sharing.

“I think that’s one of the things QSuper is very good at. We don’t feel that everything we do is proprietary; we’re there to help other superannuation funds with things that we think we’re a little bit more cutting-edge on.

“There’s been a couple of great examples that have been announced recently, [such as the income account transfer bonus], and some other tax things that we’ve been able to do that are a great benefit to our membership base, that I don’t see as being particularly proprietary to us. It’s just that we’ve done a bit more of the heavy thinking and lifting than some others.”

Morris says all superannuation funds, not just QSuper, need to think more creatively about the value they offer to fund members beyond just investment returns and retirement account balances. He says funds need to start doing more to address the “whole member”.

“I think were going to have to invest our members’ money in terms of maybe we’re not going to provide them a return in terms of increased [account balances] but value in other forms, that’s going to be cheaper mortgage rates, or exposure to other bits of advice for their life.”

In this context, super funds will look increasingly like other vertically integrated financial institutions, but Morris says he believes funds come from a better starting position than others.

“Superannuation is going to be the basis of it,” he says. “Superannuation funds are trusted, I think, over banks. Banks are going to try aggregation, and they’re going to go hard at that. We’re already getting a bit of pushback from people.

“On [QSuper’s online management tool for members] Money Map, you can have mortgages and leases and assets and your whole financial dashboard.

“At the moment we don’t have access to it, it’s just for [the member], but at some stage [the member] is going to turn that on and say, you know, I do want you to have a look at that because I think you’d actually think differently about my super if you knew all about this.

“If I had to say one thing about us going forward [it is] that personal advice – structuring things for your financial situation – is the most important thing that we can do. The cohorts were the start; Money Map is the second.”

Not rushing into robo advice

An aspect of its operations that QSuper will not be sharing with other funds is financial advice for members. With 550,000 members and 45 advisers, they’re going to have their hands full just meeting in-house demand. And while other funds are actively exploring the implementation of robo advice offerings to help get more advice to more members, Morris says QSuper isn’t rushing in.

“I went on behalf of QSuper and visited a couple of the robo advice groups in the US last year, and it’s something that we’re keeping an eye on,” Morris says. “At this point in time, I can’t quite see how it works for our members when we have such good default options, which is kind of what robo advice is trying to do. It is something we’re keenly watching, potentially I think more for the post-accumulation stage.

“When we were in [the US], the problem with robo advice is it’s great if you give them cash – bang, done – but if you’ve got assets that need to be transferred, it’s a complete nightmare. It’s quite a conundrum that a lot of us have, as to how best to use it. And to some extent it may be best utilised by the actual adviser, rather than by the member. So that’s what we’re keeping an eye on.”

Morris says the board and management of QSuper are “spending a huge amount of time” considering better retirement options for fund members. Morris says that while about 3 to 4 per cent of its members currently move into decumulation phase each year, that number will increase.

“The most interesting thing now is when someone retires – and you’ve got to think a lot of people are going to retire and also require the age pension – how [do] we give them some insurance on longevity?” he says. “So we’re spending quite a bit of time looking at structuring products that could assist those of us who are lucky enough to live a little bit longer.

“I don’t think there is any magic pudding when it comes to it all. I look at the work that we’re doing and I think we’re at the forefront of some of that thinking. We’ve looked all around the world for how other people have done it. We’ve been very close to the Rotman School of Management out of University of Toronto, and looked at how other funds have tried to solve this. Unfortunately, a lot of other funds around the world are DB funds and don’t really have the same issue that we have.”

Morris’s role as chairman of the QSuper board stands out in a CV that also includes being executive chairman of Ord Minnett, a director and master member of the Stockbroker’s Association of Australia, and deputy federal director of the Liberal Party. He is on the board of the Catholic Foundation of the Archdiocese of Brisbane, is a governor of the University of Notre Dame Australia, and patron of Bravehearts.

But he is also on the board of the RACQ, and “there’s another great example of a member-based organisation, a not-for-profit”, he says.

“So I had a very good understanding of what the differences would be coming into a not-for-profit, purpose-driven organisation,” he says. “The culture and the differentiation of QSuper to a lot of the other funds was something I understood, and culturally was very aligned to, so I was attracted to it on a number of different levels. And also just the fact – as you put it – I’ve been on the ‘dark side’.”

Morris says that despite their very different commercial imperatives, he sees some parallels between Ord Minnett and QSuper.

“And I was very much attracted to [QSuper] for the fact that I knew it wasn’t broken. When I went into QSuper there was nothing to fix. It is an unbelievably, extremely efficient, culturally aware fund. Whichever way you look at it, it is an extremely busy place. The insurance that we’ve done; IT upgrades that we’re doing continuously; the open offer, changing all sorts of architecture within the business; there’s a lot happening within the fund and it’s an exciting place to be, at the forefront of some of the things we’re doing better for our members. That was the attraction.”