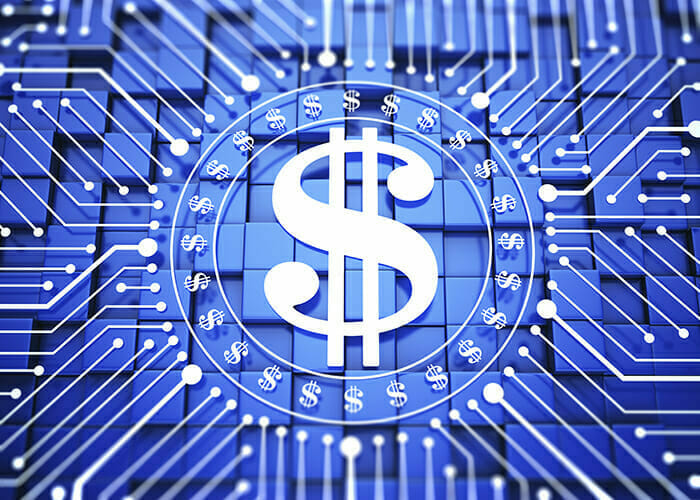 In 2014, the Ontario Teachers’ Pension Plan (OTPP), considered by many to be the best pension plan organisation in the world, paid salaries, incentives and benefits to its 1109 employees of C$300.5 million.

As chief executive, Ron Mock, got a base salary of C$498,654 and total direct compensation of C$3.78 million – which included long-term incentive payments of C$1.961 million. Neil Petroff, the executive vice president of investments, got paid C$4.48 million, including C$2.722 million of that in long-term incentives.

These sound like grand figures. And indeed they are. However, what is behind the figures is more interesting than the numbers alone.

The total investment costs of OTPP, including staff salaries was C$460 million. On assets of C$153 billion, that’s about 28 basis points.

Conversely, the $295 billion CalPERS, which is restricted in what it can pay staff due to its public sector identity, paid $159.3 million in salaries and wages in 2014 – around US$60 million less than OTPP. But it spent a massive $1.347 billion in external management in the 2014 financial year. Which means it is paying costs of about 45 basis points on external managers alone.

In a cost review, CalPERS identified that 91 per cent of total costs were from external asset management fees, and of that 87 per cent of those external fees were from private assets and hedge funds. The fund, which has a 20-year investment return of 8.5 per cent, has since been recalibrating its portfolio, including its private equity and hedge fund programs, to bring costs down.

But OTPP doesn’t need to compromise investments in potential high-alpha generating investments – 38 per cent of its portfolio is in natural resources, real assets and absolute return strategies, and the 45 per cent in equities is split between public and private markets.

It has generated an annualised rate of return of 10.2 per cent since 1990.

The comparison of these two funds reveals so much about organisational design and strategy, the inputs to pay structures, and the subsequent value generated. It is naïve to consider salaries on face value.

The difference in the cost structures of these two large pension organisations is largely due to internalisation, particularly of private assets investments, which means paying high salaries to investment professionals. But as much analysis has shown, it is this exact function that is the differential in excess return between funds.

And going deeper, the major driver of success was a reduction of overall fund costs, with external funds management costs considerably greater than the differential in in-house investment staff pay.

Seemingly then, pay differential among organisations is often dependent on the active versus passive management component of a fund’s investments, the extent to which it is insourced, and the private versus public assets split.

Keith Ambachtsheer’s new book The Future of Pension Management, has a chapter on the pay practices in the investment functions of 37 pension funds from three continents with assets of $2.2 trillion.

Ambachtsheer observes that the biggest driver of high pay is the total headcount of employees directly or indirectly involved in the investment function. And this is tied to the strategic decision by funds, mostly Canadians, to insource private market functions.

“It comes down to organisational culture and the approach to what the job is. Pension funds need to define the business model, the metrics of success and how they relate to pay. Canadians are clearly the outliers in how they pay their people. Why? It is driven by the governance model of needing to be competitive within the organisation. It doesn’t work to have smarter people on the outside. It’s a competitive environment and they want to decide whether to outsource or insource,” Ambachtsheer says.

“We now have a lot of data through CEM that shows if you internalise high cost areas, like those investments charging 2 and 20, then costs reduce by 90 per cent. That’s a 4.5 per cent competitive advantage. Then the question becomes: if the board knows that competitive advantage can exist, what should they do? This will only work if a board truly understands what the economics looks like and they have the people to make it happen.”

Wealth across the globe is more concentrated than at any other time in human history, including the Roman times, with Oxfam reporting that 62 people in the world have the same wealth as the bottom half of the population.

Pay, and what you are paying for, are very sensitive issues.

In Australia, Macquarie Bank’s chief executive, Nicholas Moore was the highest paid executive from a listed financial services company, in 2015 he got paid A$16,495,070. And of the top 50 highest-remunerated executives from the ASX in 2015, nine worked in financial services.

But you can’t compare the salary of a chief executive of a pension fund to a broader listed company or even a financial services company, says Justine Turnbull, partner at Seyfarth Shaw and a specialist employment lawyer who has worked for listed companies and superannuation funds in Australia.

“The CEO has no work to do in getting the money into the fund. But there are certain aspects such as managing people, technology, and a level of sales and marketing that are similar functions,” she says.

But the purpose of superannuation is investing over a long time horizon which is very different to a trading investment environment and requires a different skill set and focus.

The total amounts paid to executives in Ambachtsheer’s global pension study varied significantly, as did the structure of pay including the base and variable components.

The median chief executive pay is split 50:50 between base salary and compensation based on organisational/personal and investment performance.

For investment professionals the split is more like 25 per cent base and 75 per cent variable.

CEM Benchmarking, which specialises in benchmarking cost and performance of investments and administration of pension funds globally, conducts an annual benchmarking of what it calls the “global leaders” group.

In 2014, CEM asked the group some ad hoc questions regarding remuneration, and specifically about bonuses paid to staff.

Of the 22 funds involved in the study, staff at 21 of the funds were eligible for bonuses, based on non-investment objectives, portfolio or asset-class performance and total fund performance.

The median level of bonus a chief executive at these funds could earn was 188 per cent, and for a chief investment officer it was 90 per cent; and all of them had a cap on their bonuses.

Mike Heale, partner at CEM, says whether an organisation pays variable incentives can be cultural.

[In the Netherlands, Heale says, there is the “stupid man rule” which means no public service employee can get paid more than the Prime Minister – which is around $150,000. President Obama’s salary is around $395,000].

In Australia, executive pay and structures at superannuation funds are also highly variable.

On the bonus front, the heads of the investment teams at AustralianSuper are able to earn performance pay up to 40 per cent of their base pay, or 60 per cent for the chief investment officer. At UniSuper the maximum performance based remuneration available to any executive officer, including the chief executive, ranges from 30 to 100 per cent of their fixed remuneration. Some Australian funds, such as Cbus, don’t pay bonuses at all.

It is the structures of pay, particularly how bonuses are constructed and benchmarked, that needs much work in the superannuation executive arena.

Importantly, observers of governance and organisational structure, such as Ambachtsheer say that the variable component of pay should be spread over at least four years.

Turnbull is in favour of long-term incentives with some deferral of a short-term incentive. This is particularly relevant, she says, in the context of superannuation business linking incentive pay to the goals of the member, and that members’ interests are met over the longer term.

“Generally in Australia there is an over-focus in the exec rem space on short termism, and we would do better in all industries including the superannuation industry to have a longer-term focus,” she says.

“The philosophical objection to bonuses falls aside when you can link performance goals for bonuses to members.”

She believes incentives play a crucial part of pay and can drive performance but the industry needs improve in terms of how hurdles are set, the time frames of incentives and how they are aligned with the member interests.

“This is a competitive environment for talent, superannuation funds need to step up,” she says. “If the remuneration structures don’t evolve we just won’t get the talent that we need. There’s non-monetary benefits in those environments and the funds are seen as nice places to work, and we shouldn’t undervalue that, but if we want to try and drive top performance there has to be an at-risk component of pay.”