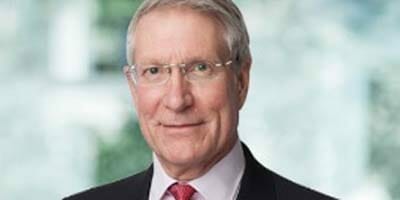 Asset consultants are a key part of the investment chain, providing small funds with services that include decision making processes and strategic asset allocation, and for larger funds traditionally playing a key role in manager and strategy selection. But a study by Gordon Clark and Ashby Monk, which is part of a broader look by the academics in to the changing relationships between asset owners and managers, shows that the relationship between consultants and asset owners is “characterised by ambiguity”.

The authors suggest that more clarity, particularly for the services used by large funds will benefit both parties.

The paper, The contested role of investment consultants: ambiguity, contract, and innovation in financial institutions, sits in the context of the big industry changes of insourcing and re-intermediation of the relationship between managers and owners.

The paper sketches out, or explains what consultants do, with Gordon Clark, professor and director of the Smith School of Enterprise and the Environment, University of Oxford, saying there is a lot of misunderstanding of what they do.

“A lot of people don’t understand what consultants do – academics, critics of the funds management industry, governments all lack understanding,” he says.

“Consultants get bad press, we don’t particularly criticise and we think some criticism is wrong-headed and that some empirical papers are also a far stretch in conceptualising the relationship and effect or lack of it.”

The authors look at the different use of consultants by small, medium and large asset owners, using size as a proxy for resources.

With small funds consultants largely undertake an administrative role of investment decision making, and the process is just as important as the outcome, because there is alack of resources or capability for the fund to do it themselves.

“For small funds the relationship with the consultant is about the process of decision making and choices but is weighted towards the processes not the choices of investment options themselves,” Clark says.

“Asset owners which recognise their reliance on consultants for this process may look to fiduciary management as an obvious way out. Consortium or pooling is a very good idea, but effective platforms for pooling are hard to find – mostly due to governance issues.”

Large asset owners, on the other hand, have historically outsourced investments to a manager and have relied on the consultants as part of that process. The relationship between large funds and consultants is more equitable, and the fund is less reliant on the consultant for process and more for the opportunity set. It’s a more level playing field for knowledge.

But with insourcing, the choice of investment strategy and supplier – a role that the consultant assisted with – has becomes internalised.

“In the paper we say as insourcing is increasing it raises the questions as to the role of the asset consultant and who should they report to?” he asks.

“Internal teams do need to be monitored and accountable, but consultants shouldn’t do that. We are watching the process of building teams and organisations, some people are skilled at doing that. A time will come when others, who may have skills in running those teams will do it. The board needs to be more adept at managing this – more sophisticated.”

The authors say it’s not appropriate for a consultant to be a critic or adviser to the board on what the internal team is doing because it second guesses the team and could possibly generate an us and them culture.”

With the advent of internal investment management, the consultant is no longer serving the board of a pension fund, but the internal team

“With that in mind the consultant has to bring something special, either a high level of expertise in a particular sector of the market or insight that is not available or too expensive for the internal team to do itself,” Clark says.

“The most sophisticated asset consultants have a tendency to fill that new brief, but a lot of consultants are at a loss, what’s our value add? There is a premium on the major consultants to deepen their skill base and become more expert. Where their roles of managing the process and making a choice of manager is no longer required, then roles will need more explicit contacts, and it will outline what is the specific value add.”

Clark says large asset consulting firms have tended to be decentralised, but as large funds are requesting more specific skills from consultants they will need to pool ideas internally across the globe.

“Internationalisation of investments is here to stay and consultants could play a key role in using their expertise, but they will need to move away from their practice of servicing client by client and region by region.”