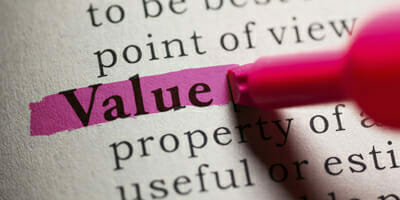 Asset owners, on average, add 15 basis points of value above their asset class benchmarks after fees, according to an extensive study by CEM Benchmarking.

The survey, which measured 6,666 data points from a global set of defined benefit plans, and some sovereign wealth funds and buffer funds, from 1992-2013.

The study highlights why costs continue to remain a key concern for funds, with the author of the report, Alex Beath, finding that 75 per cent of that value added by funds is eaten by investment fees.

The net amount of value add on average is 15 basis points.

The study showed that if a fund was 100 per cent externally managed, and its investments were 100 per cent passively managed then it would need to be $10 billion before costs broke even.

The report looked to determine to what extent institutional investors added value above their benchmarks and aimed to deconstruct whether this was alpha or really beta in disguise.

“There is some gamesmanship in this, as it depends on what benchmark is chosen,” Beath says.

In many instances the asset class determined whether the value added was beta or alpha.

“For example within fixed income investors on average produced “alpha” above the benchmark, but really they were overweighting credit to government debt. A lot of value added comes from what might be beta decisions not alpha and is dependent on the benchmark chosen.”

While the funds in the report varied greatly in their size, asset allocation, portfolio construction, the amount of indexing and the assets managed internally, all of which have an impact on their ability to add value.

Not surprisingly however the report made some clear findings with regard to size, active management, internal management.

CEM found that active management makes sense after costs, showing that if a fund was 100 per cent actively managed it would increase the net value added by 39 basis points relative to 100 per cent passively managed funds.

There is also a significant size effect, with funds increasing their net value added by 8 basis points for every 10 fold increase in assets, due to a decrease in investment management costs.