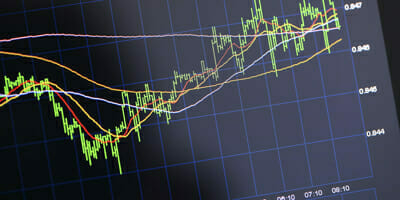 As the fixed income asset class undergoes rapid change and the opportunity set expands, unconstrained bond funds have become popular. But as this article examines, with that expanded opportunity set comes new considerations including a wider risk/return spectrum among managers.

Trends in the global investment universe tend to come around every six months or so. Think risk parity, smart beta, and now, unconstrained bond funds.

As measured by Morningstar in the US, assets in unconstrained bond funds grew by 80 per cent in 2013 to $123 billion, and of the 70-odd funds measured, more than 50 have track records of less than five years.

Whenever a trend is so strong as to be the competitive factor that managers are collectively pitching, there’s a need to investigate. Sometimes the risks are ignored, as the allure of diversifying sources of alpha hypnotises investors.

There’s a persuasive argument that it is difficult to construct a diversified, risk-controlled portfolio within the confines of a traditional core fixed income strategy.

Fixed income is an asset class that has undergone much change, partly because of the political influence, but also because of changes in emerging markets and new securitised instruments.

Are Unconstrained Bond Funds a Substitute for Core Bonds?, a paper by Wurts & Associates, a US institutional investment consulting firm, does a good job of outlining the risks of unconstrained bond funds.

It admits that unconstrained bond funds do play an important role in portfolios that rising interest rates would not negate, including acting as a diversifier of equity risk, stabilising a portfolio’s value in falling equity markets. However it points out that the universe of managers offering these unconstrained strategies have substituted credit risk for interest rate risk.

The idea is that these go-anywhere funds allocate to assets on perceived attractiveness and so don’t have the limitations of benchmark sensitive assets.

And Wurts says that while in principle unconstrained bond funds are capable of playing the role that core bonds serve in an overall portfolio, in practice they don’t.

This is because they substitute credit risk for interest rate risk, and credit risk is highly correlated with equity risk. This means by taking on additional risk in seeking yield, they have failed to serve the role of core fixed income in offsetting equity risk and protecting capital.

As managers increase the number of bond sectors they can choose from the amount of necessary research and decisions they must make also increases.

A paper by Rick Rieder and Ann Marie Petach at BlackRock, Unconstrained Fixed Income – why, how and how much, talks about the importance of a dynamic approach in adjusting exposures and outlines the need for manager skill and resources in doing this.

For example, the opportunity set in the Barclays Global Aggregate Bond Index is 15,000 securities, compared to the 8,500 securities in the US Agg, requiring a good deal of resources to cover the opportunities adequately.

It also means a risk budgeting process is a necessity. And this is the point that both BlackRock and Wurts agree on. You need to know what you’re investing in, and adjust it dynamically, to meet the goals of the portfolio.

Wurts says that the differences in macro views and how managers execute their views have implications for the risks investors in unconstrained bond funds are exposed to and the role bonds play in a portfolio.

This is not a beta play, manager selection is paramount.

By way of example when the Barclays Aggregate bond index returned -2 per cent in 2013, the PIMCO unconstrained bond fund lost value, but the JP Morgan Strategic income fund produced positive returns. Both funds were unconstrained, in that they had the ability to go anywhere, but they had made very different choices in their holdings of treasuries and high yield bonds.

As BlackRock says, a flexible fixed-income strategy is not a cure-all, but it is a tool for the times.

But with that comes an increased spectrum of possible risk profiles and return outcomes among fund managers.

Rick Rieder, managing director, chief investment officer of fundamental fixed income and co-head of Americas fixed income at BlackRock, is one of the speakers at the conexust1f.flywheelstaging.com Fiduciary Investors Symposium to be held on campus at Harvard University from October 26-28.