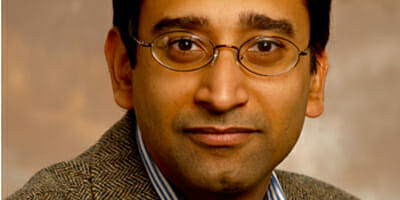 Institutional investors act like momentum investors, chasing returns, even over longer time horizons according to Asset Allocation and Bad Habits, a new research paper that looks at the impact of past returns on asset allocation.

While many large pension funds rebalance there are also many that let their asset allocation drift with relative asset class performance. This might reflect passive buy and hold policies or a desire to maintain asset allocation near to market cap weights but it can also represent more pro-active return chasing. The paper gives evidence to the latter, using data from CEM Benchmarking on evolving US pension funds’ asset allocations from 1990-2011. It shows return- chasing behaviour at asset class level over multi-year horizons.

One of the authors, Amit Goyal, says investors can be narrow-minded in their decisions around asset allocation.

“They are myopic in this behaviour, they don’t look at asset class returns over a long horizon or even over five years, but more like one year,” he says. “We know from empirical research that returns reverse over three to five years, failure to take that into account is detrimental.”

Goyal says that investors should be considering forward looking economic forecasts in their asset allocation decisions and put less weight on past returns.

“If you are going to make a decision on asset allocation then you need some forecast of future expected returns and risks. But it is like looking into a crystal ball that one doesn’t have. In forming estimates of the future maybe there should be more focus on economic factors and an investor’s own special situation rather than blindly focusing on past returns. Past returns are over-emphasised.”

For the period 1990-2011 the policy or strategic target asset allocations, averaged across all funds (equally-weighted) was 57 per cent for equities, 32 per cent for fixed income, 9 per cent for alternatives and 2 per cent for cash.

The asset allocation of the funds is analysed alongside momentum/reversal patterns in financial markets.

The paper finds that: “Pension funds in the aggregate do not recognise the shift from momentum to reversal tendencies in asset returns beyond one-year horizon. Pension fund keeps chasing returns over multi-year horizons, to the detriment of the institutions long-run wealth.”

The authors’ hope is that by contrasting the evidence of multi-year pro-cyclical institutional allocations with the findings of multi-year return reversals in many financial assets that it will make at least some investors remedy their bad habits and reconsider their asset allocation practices.”