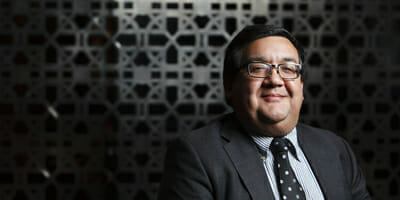 The $15 billion Australian super fund for hospitality workers, HOSTPLUS, has a 10 per cent allocation to infrastructure and is aggressively increasing its allocation to real assets. David Rowley spoke to chief investment officer, Sam Sicilia, about what the fund seeks from real assets.

A quarter of the $15 billion in assets held by the Australian defined contribution pension fund, HOSTPLUS, is held in unlisted property and unlisted infrastructure, and the fund is keeping a keen eye out for more.

While other funds might hold back on the temptation to buy a share in an airport or an office block, due to cash-flow fears, there is less restraint for HOSTPLUS, where the majority of members are between 20 and 40 years from retirement.

Including private equity, the fund currently has about 40 per cent in illiquid assets; but with its demographics, it could, in theory, raise that figure to more than 70 per cent, according to chief investment officer Sam Sicilia.

“When an airport is available for sale, that is the only time you can buy it,” he says. “You do not get a second bite. Even if you have reached your hypothetical limit to airports in allocation terms, it is OK to go over that limit to secure that asset, because it is unlikely to be there if ever you are underweight.”

To stay alert to opportunities, the fund has employed in-house experts during the past 18 months, including Jordan Kraiten as head of infrastructure and Spiros Deftereos as head of property.

A milestone in the fund’s step to build up its allocation to real assets was its decision in July/August 2010 to divest itself of sovereign bonds.

This was in part due to concerns about the health of these assets; but it was also due to the realisation that infrastructure and property produced the sort of returns you would expect from government bonds.

While switching out of bonds hurt in 2011, because the unexpected fall in interest rates from around 2 to 1 per cent pushed bond returns through the roof, it has paid off handsomely ever since, Sicilia says.

“There will probably never be a large allocation to sovereign bonds in this fund again because of our member demographics,” he says.

Prior to the global financial crisis, sovereign bonds largely abided by the laws of economics but from 2008 onwards they were behaving erratically.

“It was much riskier to be in the bond space, when the world departed from fundamentals, than being in equity markets – that is not what we learnt in finance school,” he says.

Of HOSTPLUS’ 15 per cent allocation to property, 9 per cent is defensive and acts in a way most investors would hope a sovereign bond would act.

Casselden Place, a prime piece of office space in the centre of Melbourne, Australia is typical of this approach. This property has space let to large corporates or government departments on 10-year leases and these have strong credit qualities.

“The rent they pay is like the coupons of a bond and the risk you are taking is essentially sovereign risk,” Sicilia says. “That is not a growth asset; rather it is predominantly a defensive asset that behaves like a bond.”

The confidence HOSTPLUS displays regarding real assets comes from experience in property and infrastructure – the latter of which it first started investing in, in the early 2000s.

Once upon a time the fund invested through managers – “you would give a cheque to a fund manager and say, ‘the best of luck’” – but now it invests only in unlisted property and unlisted infrastructure, rather than listed forms of these asset classes; and along its path to sophistication it has worked out the defensive and growth parts of its property and infrastructure portfolios.

It has also become clear about the return profiles, the yield and the liquidity of each – so much so that the fund can move quickly when it sees something it likes. Sicilia says it is a three-part process.

This confidence around purchasing also extends to the growing expertise of IFM (the manager it has a share in), the fund’s consultant JANA Investment Advisers and its internal investment team.

For the future, Sicilia foresees a time when funds like HOSTPLUS will broker infrastructure deals directly with government and believes it is inevitable governments will tap such funds for risk-free funding of greenfield sites – an idea that has so far faced opposition from the Australian Treasury.

Otherwise, he says superannuation funds are unlikely to invest in projects such as toll roads or bridges where there is risk of future revenue disappointing or construction risk.

“Why would we invest in that, when it is safer to invest in an operating infrastructure asset or the building down the road,” he says.

He describes such an arrangement with the government as “underwriting sub-optimal investment opportunities”. In this model, a 10-year government bond would be raised for a specific project, the return would be underwritten by the government bond rate and would be guaranteed for the term of the investment. Previously, the response from Treasury to the proposal was that it was not their role to underwrite a rate of return for infrastructure investors, though the noises the current government are making hint at change.

Sicilia believes time is on his side.

“The parcel of money in superannuation is growing and creating such a big opportunity set to deploy it for the benefit of the country, across the whole economy, that these ideas will ultimately see the light of day,” he says.