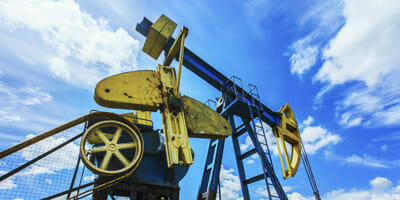 The monthly income pouring into the $1.3-billion North Dakota Legacy Fund arrives as thick and fast as fracking technology and new pipeline networks can draw the state’s oil and gas reserves to the surface. But investment strategy at the fund, set up in 2008 when it was portioned 30 per cent of the tax dollars from the state’s rejuvenated energy sector, hasn’t been anything like as aggressive. An ultra-conservative approach with the entire fund invested in short-term fixed income earning low single-digit returns didn’t match the aspiration of America’s other legacy funds in mineral-rich states, such as Alaska’s $45-billion Permanent Fund, Texas’s $14-billion Permanent University Fund and others in New Mexico, Wyoming and now West Virginia and Utah.

A rethink in North Dakota has shaped a new allocation focused on equity in what acting chief investment officer, Darren Schulz, describes as a new dawn. “The goal was to protect and grow the corpus, but the decision to keep it in cash and cash-like equivalents was incommensurate with the fund’s investment horizon and the ability to tolerate risk,” he says. After much “educational effort”, Schulz convinced colleagues of the need for a different approach. “We are in the process of transitioning to the new policy allocation. This really is a unique opportunity to build an investment program for a newly created special-purpose fund. We’re entering a new era.”

Under the new allocation, 50 per cent of the Legacy Fund will be invested in global equity, 35 per cent in global fixed income, 10 per cent in diversified real assets, namely timber and infrastructure, and 5 per cent in US-only private real estate. “The most important thing is that we have introduced a layer of equity exposure,” says Schulz, adding that the equity portfolio comprises a 30 per cent allocation to domestic equity divided between passive and active management. United States large cap is a blend of passive and enhanced mandates tracking the S&P 500 and there is an actively managed allocation to US small caps. The remaining 20 per cent is a blend of active and passive international equity. A private equity allocation will likely follow in coming years, he says. The fund’s 35 per cent fixed income allocation is broad-based, split between core US, where the focus is on five-and-a-half-year durations benchmarked against the Barclays US Aggregate Bond Index, and a more flexible allocation to agency securities, bank loans and emerging market debt with longer durations.

Norway and the accidental chief

It’s an asset allocation that is comparable to the Government Pension Fund of Norway. Although Schulz says “he never set out to structure the fund in the same way”, executives from North Dakota have visited Norway and Schulz trawls the Norwegian oil fund’s website, which he values for a level of transparency that sees the $743-billion fund’s value updated every second. The legacy fund will continue building revenue until June 2017, by which time lawmakers are allowed to begin tapping the account, although there is no spending plan in place yet.

As the legacy fund takes off, so Schulz hopes his own internal team of 18, mostly dedicated to benefits administration, will begin to grow. “All investment is externally managed, but the growth in other non-pension assets will see us build out staff,” says Schulz. Just six months after he joined the fund from Indianapolis health insurance group Wellpoint, Schulz was promoted to acting chief investment officer at the Bismarck-based North Dakota State Investment Board when John Geissinger resigned. He hasn’t formerly applied for the chief investment officer role and says that once the role is filled, he is looking forward to sharpening his focus on investment strategy, the role he was originally hired for.

North Dakota’s $4.3 billion in pension assets, which includes eight different pension funds, returned 13 per cent in the fiscal year ending June 2013. The biggest funds in the portfolio are the North Dakota Public Employees Retirement System and Teachers’ Fund for Retirement. Both have target global equity allocations of 57 per cent divided between domestic equity (31 per cent), international equity (21 per cent), developed markets (16 per cent) emerging markets (5 per cent) and private equity (5 per cent). Allocations to US and international equities and high yield fared best in the year ending June 2013, says Schulz. “We’ve had decent returns from US private real estate and infrastructure too, although timber hasn’t been so good,” he says attributing the poor performance in the 5 per cent timber allocation, much of it in softwoods used in construction, to a slowdown in demand from the US housing market. The target 20 per cent allocation to global real assets comprises 10 per cent to global real estate and a 10 per cent allocation to infrastructure, timber, commodities and other inflation-linked assets.

Rather than change the asset allocation, Schulz is planning to change implementation in the fixed income portfolio with fewer benchmark-sensitive mandates. He wants to redesign the allocation, where 17 per cent is in domestic fixed income and 5 per cent in international fixed income, to integrate some short-term durations and unconstrained mandates as a complement to traditional core/core-plus mandates. “We want more wriggle room in a rising-rate environment,” he says describing a strategy which would cave out two distinct portfolios: one in core fixed income and another in actively managed, shorter core-plus mandates.

Derivative use in the pension assets includes treasury futures to manage interest rate exposure and also synthetic exposure to the S&P500. “Passive management is our default option in efficient markets,” he adds. The pension fund is in deficit at only 62 per cent funded. Something Schulz attributes both to “the challenges of meeting actuarially required contributions” and the ravages of the financial crisis. However, he is confident he has the right strategy to get back on track. “We are back on our glide path to shrinking the deficit and turning a corner,” he says. “The state is in good fiscal health, which does put the plan in a better position to address the funding status.”