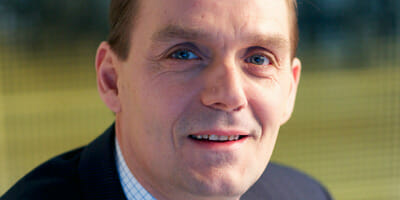 The scourge of low interest rates looks likely to be confronting investors for at least a little longer after Washington’s budgetary shenanigans delayed the Federal Reserve’s plans to taper quantitative easing.

Over in the more sedate surroundings of Helsinki, this is keeping the pressure on the investment policy of Varma, a €36-billion ($49-billion) Finnish pension investor. Mikko Koivusalo, Varma’s investment director for capital markets, agrees that “it is far from easy to handle continued low interest rates as we need to hold on to government bonds for liquidity purposes”.

Finland’s “bond-orientated solvency-formula” regulations have also contributed to Varma retaining a 34 per cent fixed-income allocation. Nonetheless, the equity allocation has continued to rise in 2013, reaching 36 per cent at the end of June.

A strong preference for alpha-generating hedge funds and private equity has been another key for Varma in keeping its returns ticking along in the low-rate environment. A 7.7 per cent return on assets in 2012 was followed by 3.2 per cent growth in the first half of 2013.

Nothing wrong with hedges

A 13 per cent allocation in hedge funds – an asset class Varma has been invested in for over 10 years – is relatively high compared to the fund’s peers. It also exceeds Varma’s real estate allocation of 12 per cent.

“We have enjoyed good stable returns of around 7 per cent per year with hedge funds with low volatility,” explains Koivusalo enthusiastically. The returns are of course a particular boost in the current low-interest rate environment.

Koivusalo attributes the investor’s experience with hedge funds to being extremely selective with the aid of the “very good resources and partners” that a fund of its size brings. “You have to do a lot of work and do plenty of due diligence to find some very good and disciplined hedge fund strategies,” he explains.

While he acknowledges that many institutional investors may have experienced disappointments with hedge funds as “it’s a huge universe and quality varies dramatically”, Koivusalo reckons “there is a very strong institutional part to the industry these days and there are certainly advantages because of that”.

Varma’s private equity allocation – a fifth of the fund’s total equity exposure – meanwhile offered stellar returns of 13 per cent in 2012, helped by brisk activity in US financial and acquisition markets.

“We have added a lot of corporate bonds to the fixed-income allocation as that moderates the impact of low interest rates a little bit,” Koivusalo explains. Government bonds now amount to 9 per cent of total assets and are spread chiefly around European governments. Varma mitigates its European government bond exposure with the help of some of Finland’s non-eurozone Nordic friends, with Swedish and Danish bonds making up 16 per cent of its sovereign allocation.

Finnish pension funds have been seeking some help from their government on the low-interest rate dilemma, and a government committee is discussing possible changes to the solvency regulations. Koivusalo says “this has been a help”, but it will apparently likely not result in any changes until next year.

Varma’s current equity allocation of 36 per cent is testament to its “belief in equities in the long run”. A five-year chart in Varma’s latest annual report shows equity investments have dramatically increased – at least fivefold – since 2008. Koivusalo argues this jump is misleading, though, and is due to the emergency measures the fund took in that year of tumult.

Varma maintains a 50 per cent exposure to Finnish equities in its listed portfolio. This is part of a proud commitment to its domestic economy that even sees the fund have representatives on the boards of many companies. “Finnish companies are very internationalised, despite our economy having many challenges, just like other countries,” says Koivusalo.

He points out that the private equity and hedge fund investments go a long way to mitigating the home bias, in particular with the strong US exposure of these alternatives. He also suggests a further international diversification of the portfolio is a strong possibility in the future.

Varma has a “low” emerging market exposure as part of a 10 per cent allocation within listed equities to “other countries”. Poor performance in emerging markets this year has therefore had little impact on the fund, Koivusalo stresses.

Varma generally hedges most of its currency risk along with making a 5 per cent investment in inflation-linked investments.

A cornerstone of Varma’s investment philosophy is investing internally whenever possible to gain cost efficiency – it boasted overall investment charges as low as 0.06 per cent in 2012. The private equity and hedge fund mandates are, however, run externally. “They are expensive,” Koivusalo says, “but you generally get good returns. If not, you would fly away from there.”

Koivusalo will clearly be happy to keep it that way to ensure Varma retains its rosy health. With the fund’s solvency ratio peeking above 30 per cent in 2013, things are in excellent shape for now, whatever the challenge posed by global interest rates