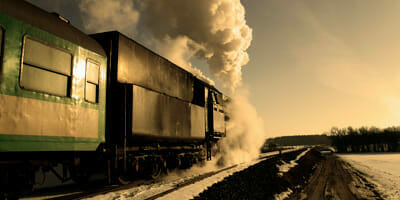 The $38-billion Fourth Swedish National Pension Fund, AP4, one of a group of five state-owned pension funds, plans to invest in a tailored emerging markets fund comprising companies that have both low-carbon emissions and low fossil-fuel reserves. AP4, which returned over 6 per cent in the first six months of 2013 buoyed by domestic and global equity particularly, has some of its largest foreign equity holdings in oil and gas companies held in passive mandates. If the latest initiative proves successful, exposure to these companies could begin to tail off, explains chief executive, Mats Andersson, who describes the process as trial and error but says the trend is clear. “If it works, we will increase our exposure so that hopefully it will be a much bigger part of our portfolio. We want to do this on a global basis. In 10 years time, carbon will be priced and valued in a different way so that companies with a high carbon footprint will perform worse. This sustainable approach isn’t about charity, but about enhancing returns.”

The decision to apply the idea to emerging markets follows the successful progress of carbon-based exclusion in developed markets. “The idea came to us three years ago when we first tried to figure out a way to deduct companies that have a high carbon footprint in the S&P 500,” explains Andersson. With an investment of $250 million, AP4 developed its own screening process and dropped the 150 companies in the S&P 500 with the largest carbon footprint on a sector-neutral basis. The tracking error between the 350 companies which AP4 still held in the portfolio and the S&P 500 was minimal. “One year since inception, our index has outperformed the S&P 500 by 85 basis points with a minimal tracking error. Of course you need to measure returns over a longer period than this, but it was very encouraging and we do believe that in the long term we will have a better return.” The next step, he says, is to push ahead with the same model applied to emerging markets.

This time AP4 will use an index, still under construction, developed by Northern Trust that draws on the asset manager’s experience in the field, particularly its recent collaboration with MSCI ESG Research and Institutional Shareholder Services (ISS) to create the first emerging markets custom index to incorporate environmental social and governance screens. For AP4, Northern Trust is developing a separate index, the Northern Trust Emerging Markets Custom Low Carbon Dioxide Equity Index Fund. The passively managed fund will track the risk and return characteristics of a custom MSCI EM Index, but because of the screening process the underlying constituents of this index will have a lower carbon footprint, explains John Krieg, managing director of asset management in Europe, Africa and the Middle East at Northern Trust.

Companies’ carbon footprints will be measured by collecting annual emissions data from publicly available sources, while carbon reserve exposure includes rights to coal, oil and natural gas reserves – a potential future source of greenhouse gas emissions not accounted for in the carbon footprint analysis. “There is complexity when it comes to identifying those companies with the highest carbon footprint to exclude, as one can use a relative or absolute measure,” says Krieg. “Also, the optimisation process is needed to ensure that the resulting portfolio has similar characteristics as the index without concentration risk.”

The strategy isn’t without risk. “I don’t think it will be the case, but it is possible that carbon turns out not to be an issue,” says Andersson. He also says that researching the carbon footprint of companies in emerging markets has proved time-consuming. Data and disclosure from companies in emerging markets “can be a challenge,” agrees Krieg, adding that initiatives like US SIF Foundation’s Emerging Markets Carbon Disclosure Project have helped. AP4’s sister funds haven’t followed suit investing in the fund which is open to other institutional investors. But Andersson hopes AP4’s lead will encourage others to follow. “This will put carbon footprint on the investment agenda and make companies more aware,” he says.