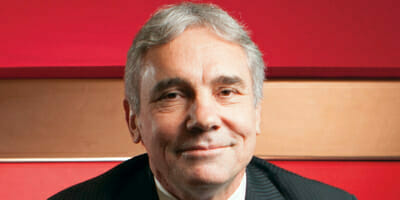 What is the optimum size for an institutional investor? This is a question foremost in the mind of Jim Christensen, chief investment officer of TelstraSuper, the pension scheme of Australian telecommunications company Telstra. After four years of expansion, he believes he has maximised potential by gaining the optimum level of inhouse investment. Now running 20 to 25 per cent of assets internally for domestic equities, fixed income, cash and property, he is stopping there and says that it is unlikely to change in the near term – if anything, it might decrease.

“Where we are now I would say is the right size. We could scale things up a bit further, but you start getting governance questions, like in Aussie equities: if you are running a quarter internally it is hard to justify taking it to 50 per cent when there is a reasonable number of capable managers in the Australian market.” He also believes $13 billion of assets is a size that enables a fund to afford good governance, to spot market opportunities and be nimble enough to seize them.

“If we were to triple in size, we would have to think about how we cut the cloth. Our size is big enough to be meaningful, but we can still do things that have an impact on the bottom line. A $100-to- $200-million investment does matter; it’s roughly 1 per cent or 2 in terms of the whole fund.”

He adds that it becomes more challenging to add value, particularly in the domestic asset classes as the fund grows.

“It’s very hard once you get to $50-70 billion. If you hire 20 managers, and some are over and some are underweight stocks in the Australian market, they cancel each other out. Even with seven or eight managers you struggle with getting enough active risk in the portfolio to meet your return objectives.”

Having worked in larger organisations, he is also a believer that there are benefits to smaller investors. He contrasts the 15-member team he has now with the 100 or so-member active management team he ran at QIC up until four years ago.

“When you have big teams they can become quite territorial, so it is quite good to have everyone sitting around the table at our weekly meetings and talking about the world and what they are doing, how they can improve things. It is quite refreshing. It makes people focus more on the bottom line of the overall fund.”

The virtue of a smallish team running internal and external mandates is not just in the overall savings on fees, but also in the creation of experience that allows smarter management of external mandates.

A key win he sees as coming from managing property in house and having external mandates.

“If you have got a guy who has done some buying and selling of direct investments, then he knows how he can negotiate with the managers to get more transparency on the fees and more control. Whereas if you have got someone who has never negotiated these things, they are likely to hand the manager a cheque and hope for the best.”

Inhouse investment saves around 10 to 15 basis points for TelstraSuper – “enough to take the edge off things”, says Christensen – and this all adds to the fund’s aim for above average or, at the very least, average performance. The edge is also taken off through running a tight ship on active fees and being successful in the choice of managers. Its active managers have outperformed more often than not, he says, with both the Australian equities and international equities funds ranked in the top quartile over long time periods.

He reckons TelstraSuper is achieving about 1 per cent more than average superannuation funds over the long term and this performance has been reassuring for members, particularly for those that might consider a self-managed super fund. There are road shows for members with balances over $300,000 and the message to those with, say, $500,000 was it would have achieved $1 million in the past 10 years with average growth, but with TelstraSuper’s level of outperformance it would be worth $1.1 million.

TelstraSuper has innovated for those approaching retirement with high balances by creating a fund called Defensive Growth. This has a bias towards income and quality – Telstra stock, admits Christensen, could be in the fund – to the extent that it is targeting about three quarters of the return from income and only a quarter from capital gains. Equities, property and infrastructure feature heavily. The fund was not supposed to shoot the lights out, but ironically, says Christensen, it has done “tremendously well, because the whole world wants to own those assets right now”.

Another defensive fund is Diversified Income, launched a year ago, which is aimed at those in retirement and will pay an income or pension derived from dividends and coupons. It too has done well in current markets, despite the initial warning to members that it will only produce a coupleof- per-cent growth along with income of 5 to 6 per cent. It is designed to give transparency about what assets are earning, whereas usually investors are only given the unit price of a pool of assets to follow.

It also discourages the joy and pain that comes from following a unit price and the irrational decisions this can prompt.

“In periods of stress, if a fund’s value falls quite a way, members might look at their balances and say, ‘Hang on! I’m drawing $50,000 a year. If I keep pulling out money at this rate, I will have none left’. So the response then is to change from growth or a balanced option into cash and then they sit there and when the market goes up, they say. ‘I was a fool’ and will jump back in in time to get whip-sawed.”

The fund also has the option to return some income when the payouts are above average.

“So what we are saying to them is there will be times when you will see your price come down, but as long as you don’t sell any of the stuff, hopefully it will keep producing income. As far as we are aware no one is paying out income in a fund like this, everyone else just gives you a unit price.”