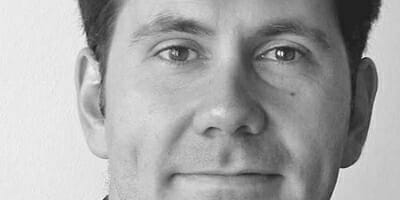 Reels of financial data and analysis coupled with the occasional piece of market gossip or personal hunch are the time-honoured tools investors rely on in building an active portfolio. More recently, an element of sustainability or corporate governance analysis has tried to muscle into the process. Soon there will be another revolutionary option complementing financial and non-financial data – if an ambitious project being launched in Germany has its way.

Murat Unal, head of the consultancy [email protected], is an aspiring Mark Zuckerberg of institutional investment – on a mission to shake up established norms by unleashing the power of social networks. He sees the interconnectedness of individuals to be a missing link in portfolio analysis, and an element that can be vital to the performance of investments. “People across the world are social beings embedded in social networks that can constrain or promote their assets,” he explains.

Unal draws on a long tradition of economic thought that takes social network capital to be a key driver of economic success. In any society there are probably those who get ahead thanks to an influential relative, a former colleague or university friend.

Such ties can be problematic, Unal reasons. “Say, for example, you have an independent director who is actually closely connected to the rest of the board. Their efforts to maintain independence might be compromised by having been recommended to the board by an executive director with prior social ties or sharing the same mindset – these kind of ties could be disastrous if they are unable to see a problem in time.” Merger and acquisition deals can also have distorted prices when key executives at the two parties are connected, he adds. Chief executives at big banking groups with divided retail and investment activities can likewise pay greater attention to the area in which they rose up through the ranks. That can be to the detriment of other less familiar spheres of their businesses.

While Unal feels financial data will always remain the essential component of financial analysis (and that environmental, social and governance data will become mainstream), he and his team reckon that social network analysis will be vital in helping sophisticated investors’ most difficult task – attempting to predict the future. “Financial data is like looking in the rear view mirror, but a social network analysis can actually project a company’s next moves,” he contends. As much as investors should know how a company has got where it is today, their assessment of future prospects is arguably the most vital factor in determining whether an investment succeeds.

You don’t have to be a believer in an evil elite to acknowledge the core tenets of the social network capital idea – that there is a definite interconnectedness between successful businesspeople and their social circles the world over. Determining how that all impacts the performance of investments is the tricky part. The pushes and pulls of vast social networks that everyone is a part of can, after all, hardly be written as neatly as a cash-flow figure or a price-earnings ratio.

Unal and his team are determined to give unpicking complex executive networks their best shot though. He says they are prepared to invest substantial resources and are convinced that they have a track record that can help. They want to “make social capital more tangible, moving investors and decision makers beyond financial and non-financial data, and see how social networks affect investment returns and risk profiles”.

SONEAN and yet so far

To help achieve this aim Unal has set up a new legal entity and project called SONEAN (the first two letters each of social, network and analysis). This has begun to rigorously examine connections between directors at Europe’s largest companies, as well as developing new methodologies and processes, he says. It aims to extend further to cover regions such as Asia and the Middle East. “We are tracing back thousands of directors’ social network capital to see what and where they studied, who else they have worked for, which governments and NGOs they have advised,” he explains. An analysis of their multiple ties and how it affects organisational outcomes will follow.

It’s a challenging task but [email protected] boasts experience in the unique area, having connected data on networks between thousands of institutional investors, asset managers and consultants since 2002. SONEAN already offers several tailored services, but the team behind Unal is striving to develop its corporate-ecosystem database further to make investor portfolio screening of social networks possible for the very first time.

Technology makes this the perfect time to attempt such a bold project, Unal says, with online social media allowing additional insights. He reckons the success of social media platforms like Facebook and Twitter is also making investors more aware of social networking, even if he says these sites are just a fraction of his sources. “When we published our first analyses in 2008, a lot of people struggled to understand the concept of social networks, let alone analysis,” he says, “but awareness is growing rapidly.”

Despite investors requiring “a whole new mindset”, Unal is confident that they will share his vision on the need to analyse social networks. He argues that the environmental, social and governance movement flourished in the wake of the Enron scandal of 2001, yet can be “inadequate” at discovering personal conflicts of interest before they compromise performance. “A social-network view can fill that transparency vacuum and allow for better corporate governance too,” he says.

Social network analysis can also reduce the disadvantage of remoteness in a globalised investment industry, according to Unal. “If you are an investor from Singapore with exposure to dozens of European companies, you might find it useful to discover what kind of networks are having an impact on your portfolio,” he argues.

While the precise impact of social networks is a complex issue, a portfolio screening would likely lead to an investor overweighting ideal companies. These would likely have directors with a diverse set of ties to different social spheres in various parts of the world. “Say, for example, the network heterogeneity of the company in which you are going to invest is much higher than its peers, this is clearly an indication for greater innovation potential,” Unal says.

“More research needs also to be done from our side on the performance effects of interconnections at board level, but that is exactly why we set up SONEAN. We really want to equip investors with a whole new toolset so they can ask smarter questions and look beyond financial data to the human element of business,” he says.

Part of the whole

Not only looking at companies in isolation and focusing on financial and ESG data, but also considering the embeddedness of corporate executives will provide new insights helping investors to better explain why people act the way they do, according to Unal. Identifying the overall network of players will allow investors to spot central actors, network clusters and many more structural features of the network that might impact on performance.

Unal is under no illusions about the scale of his team’s pioneering ambitions, but with colleagues who match his academic expertise in social network analysis, he feels the time is ripe to bring the concept into investment strategies. “We have to define an entirely new market, but we would love to leave a small legacy in making investors aware of the power of social networks,” he says. “After all, what more is an organisation than an embodiment of all its people?”