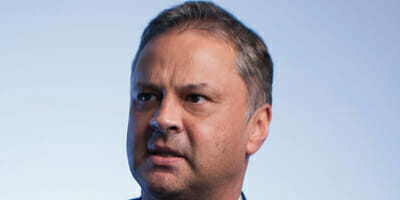 Mention any asset class to John Pearce, chief investment officer of Australian superannuation fund UniSuper, and he will doggedly set out the good and bad thinking around it. A common source of his ire is the sight of investors herding around a belief based on a lack of rigorous thinking. Good practice for him involves standing up to accepted thinking or at the very least, like a chess player, anticipating the permutations ahead.

It is the mindset one would want from someone responsible for 479,000 members and $36 billion, but it also comes with a dose of self-righteousness quite understandable in someone who has called a lot of good decisions since the global financial crisis.

The complexity of equities

One of his favourite topics is the right way to invest in equities.

They are too broad to be dismissed in a simple growth-versus-income argument he reckons, distinguishing this by comparing an equity in a small-cap mining company that has not yet made money with low-geared companies such as Telstra or a property trust, which, as he says, “spits out cash”.

“Around 12 to 18 months ago, we had a bunch of prominent people coming up and saying Australian superannuants were crazy for having so much of their exposure in equities, and that there should be much more bonds. [Since then] we have had a 20-per-cent rally in equities, so hopefully nobody took their advice.

“Australia has a real problem keeping inflation below 2.5 per cent, so you have got real returns of 0.5 per cent or 1 per cent [on a bond yielding 3 per cent],” he explains.

This reasoned bet has worked well for UniSuper’s defined benefit scheme, which holds 40 per cent of his fund’s total assets. Its funding fell to as low as 82 per cent during the global financial crisis, but has now rebounded to 96 per cent.

“A lot of defined benefit funds around the world after the GFC went about neutralising their exposure, duration matching, etcetera. We bought equities – not a scatter-gun approach – we bought moderate-risk equities, REITs, Australian banks. We loaded up on those and we benefitted from this massive rally in the equities market.”

Sitting behind Pearce is one of the strongest investment committees in Australia. One of its specialties is Asian investment. Most recently Ian Martin, the former chief executive and chief investment officer of BT Financial Group, joined as independent director, and he combines this role with acting as vice chairman of Berkshire Capital Securities Asia Pacific. Another director, Professor Michael Skully from Monash University, is an expert on Asian finance.

Asia is another of Pearce’s favourite topics, and UniSuper’s bias and knowledge of the region makes it more bullish about global growth and the future than other institutional investors. Close to half of its equities are offshore and most of that is based in Asia, where the opportunities for growth make Pearce passionate.

“If you spend some time in Asia, you will find a different outlook,” he says. “In the West you have rich westerners worried about preserving their wealth rather than Asians, who are much more positive about the future and looking to increase their wealth. They have a different perspective on the world.”

It is as if Asia has the same take on the future as him. He cites the region’s positivity about the next 20 years as one of the reasons he is bullish on investment returns staying high, in contrast to doomsayers who believe global warming, conflict and a lack of resources will slow growth.

As with equities, though, this is no blanket approach and Pearce is quite particular about where he invests.

So, while the fund has emerging markets investments, it has no explicit mandate for emerging markets, it focuses on sector andregional approaches – particularly Asia, where its exposure is managed by T Rowe Price, Schroders and Platinum.

China is central to the Asian growth story, but peculiarly Pearce is not that keen on direct exposure.

Indirectly in China and Japan

“We don’t like investing directly, but we like the Chinese story, so we allocate money to funds and strategies that are going to leverage this great secular Chinese story, but we do not really want to buy Chinese companies.”

For him the company data cannot be relied upon.

“Having worked a few years in China, [I know] it is not a capital friendly place to invest. The main reason is that you have got factor pricing distorted by the government, so when you have got capital sloshing around the system, capital gets misdirected when your factor pricing is not right.”

He points out that while Chinese GDP has outstripped the United States several times over, the US stock market has outperformed the Chinese stock market. He concludes that companies in China are not managed for the benefit of their shareholders, and in particular he avoids Chinese banks.

“We would not override the decisions of those managers, but the one thing we have been strong on is limiting the exposure to Chinese banks,” he says.

In India he sees potential for a boom of the likes “never seen before”, but despairs of a governing system that stands in the way of development and growth.

The fund has recently reduced its “perennially short” position on Japan, but he is unsure if the current round of liberalisation and quantitative easing is a turning point or a “false dawn”. He believes Japan must open up its industry and agriculture to competition from abroad to succeed.

“Let’s see whether [Japanese prime minister] Abe has got the will to bring in reform that is against the interests of his constituency. There is a big question mark over that. But no one can deny that there is not a big sugar shock being injected into the economy right now.”

One of the fund’s beliefs is that it can better manage these complex themes – and the external managers who invest in them – if it is running most of its Australian investments in house. Building up this area has been one of Pearce’s main tasks since he arrived three years ago and through a process of “logical incrementalism”, as he puts it, he has built up Australian large-cap equities, Australian fixed interest, cash and listed Australian property in house to a level where it represents 35 to 40 per cent of all assets.

“That is one of the reasons I took the job,” he says. “I came with a mandate to build that capability. We work on the plain vanilla strategies. We know our limitations. I have to be very confident that we can do at least as good a job as an external manager. It does not have to be better because I am doing it much more cost efficiently.”

He is content with what he has built and is not currently looking to expand this expertise externally.

“We are a large fund with steady inflow. We have already got economies of scale. We do not see the imperative to open to the public for the time being, but let’s see what the future holds.”