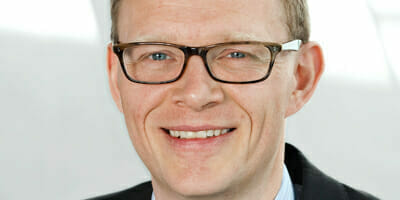 In the city of Hillerød outside Copenhagen in Denmark, a small group of Danes want to teach the United Kingdom’s pensions industry a thing or two. Where UK trustees tend to see fund choice as a blessing, Denmark’s DKK579-billion ($101.6-billion) public pension plan ATP has always viewed picking and choosing between different managers as more of a curse. It has applied the ethos to its UK subsidiary, defined-contribution workplace pension-scheme provider, NOW: Pensions, which sells itself to UK companies looking to automatically enrol staff on the strength of one single investment strategy. Having set up a year ago, it’s still early days but NOW: Pensions Investments A/S chief investment officer, Mads Gosvig, is convinced he’s on the right track.

“Many schemes in the UK have been set up for people with higher incomes used to taking investment decisions, but you don’t want the same tool for everyone,” he says from Denmark where the NOW investment team sits alongside ATP’s. “With auto-enrolment, more people will be taking out pensions and our research shows it’s best to keep the number of decisions small because pensions are a specialist area.” NOW won’t ever pool assets with ATP but the two funds already share ideas and processes and, as NOW’s assets accumulate, the funds will implement the same strategies and buy into the same third party investment vehicles.

NOW offers members access to three funds catering first to a savings phase via a Diversified Growth Fund. A decade before retirement, members’ assets pass into a Retirement Protection Fund, in which returns from the growth phase are safeguarded through long-term gilt allocations and interest rate swaps in a hedged portfolio. Finally, assets pass to the Cash Protection Fund. The Growth Fund, split 60/40 between equities and bonds, targets a return of 3 per cent above cash, a target Gosvig believes is easily achievable given trial results from a $15.3-billion synthetic portfolio have returned 10 per cent. NOW only began accruing assets midway through 2012; Gosvig won’t be drawn on current assets under management just yet.

Like ATP, the Growth Fund is built around risk allocations rather than conventional asset allocations. It’s an approach that better manages risk since most asset classes have “an inherent exposure to equity risk,” explains Gosvig. The fund favours five classes comprising interest rate risk, credit risk, equity risk and inflation risk with allocations to government bonds, high yield bonds mostly in emerging markets, global listed equities, commodities and inflation-linked bonds. It’s a strategy eschewing any exposure to illiquid assets and although this could change, Gosvig isn’t convinced returns from the likes of private equity, infrastructure or property are worth the risk for NOW just yet. Liquidity, he says, is not only key to his scheme’s success, giving it an edge over other UK providers like NEST which don’t allow members to transfer assets in or out, but is also crucial in encouraging people to keep saving under auto-enrolment. “The average person in the UK changes jobs twelve times in their working life. You need liquid assets so they can take their pension with them.”

In the same way other multi-asset funds rebalance a portfolio between asset classes as they see fit and aren’t locked into static allocations, the Growth Fund’s balanced allocation will make managing volatility easier. “Any losses in equities will be cancelled out by gains in bonds,” he says. NOW will actively manage volatility in “risk-on” and “risk-off” strategies. In what Gosvig calls a first line of defence, NOW will first alert trustees of the need to reduce allocations to riskier assets in the fund. A second “risk-on” tool kicks in automatically if the value of the fund falls 25 per cent over a twelve months period. “In this scenario risk is automatically taken off the portfolio with all risk classes reduced by 10 per cent,” he says, using a driving metaphor to illustrate his point. “From time to time we will need to take speed out of the portfolio and this way we can.”

Equity exposure will come via investing in indices. Gosvig believes this is the best way to buy into equity risk, but it’s a strategy that has still presented challenges since many indices include exposures NOW would rather not hold. Emerging markets equity indices, often characterised by clusters of big companies, bring a concentration of risk. How to buy into European equities without exposure to banking stocks is another challenge. “We’ve discussed creating own indices with ATP, but you need somebody to trade the index with and there’s a cost to that,” he says. Rather than buy bond indices, NOW will buy bond futures, primarily in the UK, US and Germany, but will access commodities via commodity future indices.

NOW’s UK subsidiary has no external managers, bar a handful of allocations to exchange traded funds, and its own investment team comprises just three people. Of course NOW isn’t the only fund built around a simple investment strategy; variations of the no-frills approach are apparent in a raft of much bigger and proven schemes. But it’s a low-cost model that APT could take beyond the UK to nations such as India, which is currently opening its pension sector to foreign investment. The concept that choice isn’t necessarily a good thing could be about to take off.