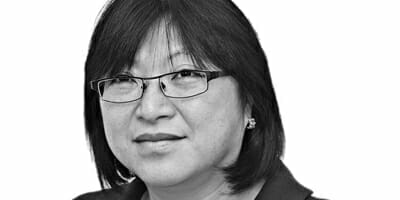 The area surrounding the British city of Wolverhampton, near Birmingham, is still called the Black Country although the polluting coal mines and steel mills that sprung up during England’s nineteenth-century explosion of wealth have long gone. Today there is little evidence that Wolverhampton was the cradle of an industrial revolution and the 300-odd public sector and private employers in the area from which the local government pension scheme, the £9.8-billion ($14.93-billion) West Midlands Pension Fund, draws its contributions are involved in new and modern employment. The defined benefit occupational scheme set up in 1972 has earned a reputation among its peer group of local authority schemes for its growing size and innovative, diversified investments. However, now it could have to adjust its strategy to meet the challenges and shifting circumstances of what you might call a mid-life crisis.

Of the pension fund’s 253,000 members, less than half are now contributing members, and Geik Drever, head of pensions at the fund, notices more of the scheme’s small-member employers are closing their pension funds. It’s a maturing profile hastened by the UK government’s austerity policy forcing public sector cuts. The response among many local government authorities has been to encourage voluntary retirement, triggering an early shift in maturity for many of the pension schemes these employees have paid into. “We are open to new members, the profile of the scheme isn’t too bad and auto-enrolment will definitely help,” says Drever, who joined last year from Scotland’s Lothian Pension Fund where she was head of investment and pensions. “We’re not de-risking, but we are maturing and there has been a huge reduction in headcount.”

How to meet maturity?

Results of an actuarial review this year will inform any shift in investment strategy to reduce risk and prioritise protecting funding levels once they improve from current levels of around 75 per cent, “symptomatic of the current climate,” or whether to continue the push for income and total returns. It could be that West Midlands joins a de-risking trend evident for a while among UK and European schemes, such as Dutch funds in which the deficit crisis is the most severe in the industry’s history, but also cropping up in Canada and the United States. Here some of the largest corporate pension funds, including General Motors and Ford, have pursued de-risking strategies in recent years.

Drever is still unsure which strategy West Midlands will follow to meet its growing maturity. Options she is considering include running lower, medium and higher risk strategies to suit the scheme’s different employers, although she says “we won’t be able to manage too many strategies – three or four at most”. Employers will have to gauge their own appetite for risk according to their liabilities and cash profiles. “Each individual employer has a different profile.” It’ll be down to them, she says, to decide whether they can afford to pay more in contributions and reduce their risk or to “not close down risk.” Low risk strategies will comprise the usual “bond-like” allocations; the fund has no liability-driven investment strategies yet, unlike other schemes using the increasingly popular fixed-income-derivative strategies to reduce interest-rate and inflation risk.

Whatever the future holds, for now strategy at West Midlands is still based on diverse allocations set after the financial crisis. The scheme follows a customised benchmark that targets a 7-per-cent beta return, from assets in quoted equities and alternatives primarily, and a 2-per-cent alpha return from private equity and alternatives, including infrastructure and an absolute return allocation. In the 10 months to January 2013, the fund made an absolute return of 8 per cent. “It hasn’t been too bad, but we’re not shooting the lights out,” says Drever, adding that the pared-down 45-per-cent global equity allocation, where the biggest allocations are to stalwart mining and resource groups, has actually bought the fund its best returns so far. “Overall equities have done tremendously well. If we’d had an extra 15 per cent allocated to quoted equity, we’d have done even better.” A 10-per-cent private equity allocation “hasn’t done too badly,” infrastructure (3 per cent) and property (9 per cent) have “been fine” but commodities (3 per cent) have been “dire.” West Midland’s 20-per-cent fixed income allocation is split between stabilising assets and an allocation to return-seeking fixed income including high-yield and corporate bonds and unsecured loans. A 10-per-cent opportunities allocation includes catastrophe bonds (with which investors cover insurers’ extreme losses from natural disasters), a growing asset class for pension and sovereign funds and endowments seeking a truly uncorrelated market. “Hurricane Sandy put a spanner in the works, but you have to take the good with the bad,” says Drever.

It’s a strategy born from the need to diversify after 2007 when the fund wracked up paper losses of 18 per cent at one stage during the crisis. Drever says West Midlands was able to come back from the lows because it didn’t have to sell anything and crystallise losses; not concentrating assets in any one area became the new mantra. In house, the fund directly manages $4.57 billion in low-risk passive allocations, mostly equity. Another third is actively managed in LP structures, with the remaining third managed externally – the fund uses around 30 managers altogether. The portion managed externally has crept up as the scheme has increased its push into alternatives requiring specialist management, although the pension fund also uses specialist managers in mainstream assets where inefficiencies or market opportunities exist. It’s a strategy for growth that doesn’t acquiesce to the demands of its growing maturity – just yet.