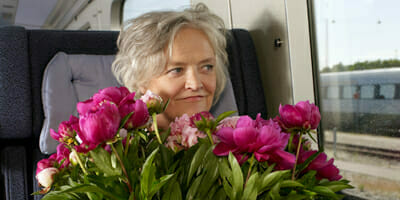 Innovation is associated more with bold new businesses than gently declining ones, but Denmark’s Lønmodtagernes Dyrtidsfond (LD) is embracing change as it enters its final years. The pension fund’s inevitable disappearance has nothing to do with any lack of competitiveness or poor investment returns – the 9.9-per-cent net return it generated in 2012 is testament to that. Instead it simply finds itself in the autumn of its investing cycle. Entrusted with investing assets promised to more or less the entire Danish workforce in the late 1970s, LD’s contributions dried up over 30 years ago and its members will all reach the age at which they are able to withdraw their savings in just over a decade from now. Investments are expected to dwindle to half the current 52 billion Danish Krone ($9 billion) by 2020. Except they aren’t dwindling at all – last year they climbed by $170 million, despite three times that amount being withdrawn.

Lars Wallberg, LD’s chief financial officer, explains how investment success has come as a consequence of a focus on intelligent outsourcing ensuring strategic flexibility and a focus on remaining competitive in both investment returns and costs. Curiously, the fund’s philosophy on outsourcing and controlling costs would not be at all out of place among the cost-sensitive lean start-up movement. Low investment costs are a “very important strategic point” says Wallberg, who is aware that they are a particular point of scrutiny for members of defined contribution schemes like LD.

Wallberg, pictured right, enthuses about how costs remain below 0.40 per cent. “When we did a tender for our investment managers in 2010, we deliberately designed our mandates to be relatively large and ensure there was truly global competition in what was one of the most extensive search and selection processes undertaken in Europe,” he explains. “That enabled us to get some very competitive offers.” Wallberg also says that LD keeps the competition going by closely analysing external managers’ performance to their benchmarks. It found in 2012 that the managers – who invest actively – added an extra 0.3 per cent of overperformance to the return figures (net of costs) with an additional 0.2 per cent coming from LDs own asset allocation choices and risk management.

A top-down approach to outsourcing is cited as a priority in LD’s annual report, and there is a clear sense of responsibility for the 15 staff at the fund’s Copenhagen office. It is difficult to judge their efficiency from the outside, but certain feats point to it being a highly organised and engaged fund. Lønmodtagernes Dyrtidsfond was able to publish last year’s investment returns as early as January 2 and takes part in a Myanmar engagement forum as part of its many sustainable investing activities. As far as the investment strategy is concerned, an intense focus on asset allocation and risk management is the chief inhouse job. That itself had been outsourced to a fiduciary management subsidiary in 2005, only to be brought back in house five years later.

Lønmodtagernes Dyrtidsfond has commissioned Morningstar to monitor the risk of its fund, and it continues to place the default fund that covers over 90 per cent of its assets in the lower end of the medium risk category (LD also offers members a range of separate funds covering equities and fixed income, which are used by members wanting to invest individually). The medium risk appetite could explain why as much as one-third of the fund was held in equities at the end of 2012, in line with LD’s own benchmark weighting. This approach seems possibly at odds with that of nascent defined contribution funds in the United States and United Kingdom that generally propose ‘lifestyling’ away from equities in the years directly preceding retirement.

While LD is currently carrying out an asset-liability management study – including an analysis of its members’ perceived risk appetite – that will determine its approach for the years to come, Wallberg says this will probably not be a case of simply reducing risk. “The easiest thing to do would be to put the money we expect to be withdrawn in the near future in the bank and most of the rest in bonds”, he says.

Instead LD wants, in Wallberg’s words, to “honour the expectations of the members. We have to ask how much risk and illiquidity we can assume while still being able to disburse funds at any time. As long as we structure the portfolio to ensure the cash flow can service withdrawals, our analysis shows we can accept more risk than you might expect.”

Wallberg speaks about deploying a “multi-dimensional risk metric” at LD, rather than one driven by a traditional risk-return relationship. Illiquidity risk is a vital consideration for a fund that has to prepare for unexpected withdrawals (members can withdraw from age 60, but many wait beyond then). The pattern LD has seen of members preferring to withdraw after disappointing investment results further complicates that illiquidity risk.

Credit where it’s due

A bold move already undertaken by LD was to increase its corporate bond holdings in 2012 as it plans a 20-per-cent weighting to credit, double that of the past. Credit investments “proved very lucrative in 2012, no doubt about it,” says Wallberg: an enhanced $1-billion allocation to non-investment grade corporate and emerging market bonds returned 14.3 per cent. “We expect credit to offer a reasonable risk-return ratio and a good solid cash flow,” he says. “That’s the best of both worlds for us.” Lønmodtagernes Dyrtidsfond’s unique challenge is that 40 per cent of its assets belong to members over 60 years old and therefore must be convertible to benefits at short notice should the need arise.

Among the riskier asset options, LD plans to continue its significant position on Danish equities – currently around 10 per cent of the overall portfolio and “overweight to most if not all Danish pension funds” says Wallberg. This position delivered a huge return of 24.5 per cent in 2012. An increasing proportion of emerging market equities is one of the tools LD uses to diversify the risk of concentrating on the limited Danish equity market.

Wallberg expects equity holdings to gradually decline as LD nears its end. Private equity is an asset class that is losing favour slightly more rapidly as the illiquid assets pose problems in the case of sudden withdrawals and the ultimate winding up of the fund. Wallberg emphasises that LD is “still active” in private equity, mostly via funds, having begun from a large base. That should perhaps be no surprise after a glimpse at 15.8-per-cent annual returns for 2012 on its Danish non-listed equity and 13.3 per cent on its smaller overseas unlisted-equity holdings.

Lønmodtagernes Dyrtidsfond’s members have no doubt welcomed the strong returns of 2012, but how can the fund limit its classic volatility risk in an investing environment with few safe options? A sudden rise of interest rates could seemingly have a dangerous impact on LD’s 65 per cent allocation to fixed income. Wallberg says this threat has been discussed intensively with futures and other derivatives an option on the table to try to mitigate it, in combination with possible changes to its bonds managers’ risk profile.

Wallberg is confident that LD’s asset strategy can allow its remaining members to withdraw their savings “when the time is right for them”. It must be working as over 250,000 people who could have already withdrawn their money are keeping it in. If LD’s strategy needs further innovating in its final years to keep the members so satisfied with the results, then LD stands fully prepared to do that.