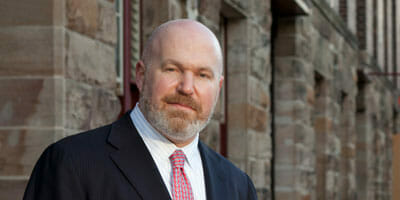 Having a breakfast meeting with Cliff Asness is a wake-up call. He will let you know if you’re late – something he holds in very little regard. He admits he has to constantly remind himself that just because he’s 20 minutes early to everything that others are not automatically then 20 minutes late.

Asness is open, he’s entertaining, even funny. And he also possesses the rare combination, at least in this industry, of intellectual genius and social libertarianism. It’s very engaging and you quickly get the feeling that you’re only scratching the surface of his intellect as he changes from political activist to quantitative mathematician to social philosopher.

Having two sets of twins is an almost perfect justice for a man who revels in the competitive game of statistics – he’s clearly an overachiever. But while he boasts about the competitive achievements particular to quantitative investment managers, his intellectual reach doesn’t stop there. His social and political interests include gay marriage and tax.

“I believe in all forms of small government, not just economic. Gay marriage is something I just believe in,” he says. “I believe in treating people equally under the law, economically and socially. It’s my overall life philosophy.”

He takes this issue of fairness to work with him, and questions the industry in its approach to clients.

“Too many funds charge alpha prices for what is really beta,” he says. “Our firm charges fair fees for strategies that deliver beta-like returns.”

While this is in line with his intellectually honest approach, it’s also good business.

“Acting like this will build a business with more long-term value. You want to be honest with people, they’ll know when you’re being honest and they’ll pay 2:20 when it’s appropriate.”

Asness seems to have an idea every minute or so and is happy to express them.

He believes alpha exists, including some at AQR, but not nearly in the quantity the industry claims, and stresses that to utilise it you don’t just need to believe in it, but find it before the fact and net of fees.

However, he is passionate about the trend being advanced by his firm and others to tailor fees to the risks and rewards of the strategies a client chooses.

“In the active management world a lot of strategies are smart beta, but for a long time have been sold at alpha prices,” he says, using value and momentum as examples. “The good thing is this trend is bringing the veil back, and saying this is what we know and can invest in.”

Smart, without the beta

And this trend to smart beta, is kind of the industry playing catch-up with some of the ideas AQR has been touting for some time – one of the manager’s ongoing themes is the existence of beta, hedge fund beta, and alpha, and the fees applicable depending on the outcome. He sees it as a client-friendly trend; if something is called a style premium then the fees will be different to an active fee.

Style premiums are increasingly being used as a tilt on beta by many offerings.

AQR has taken this idea and run with it. Its latest offering, that currently just has investments of the partners of the firm, combines the four factors of value, momentum, carry and defensive across seven asset types (industries, stocks, countries, bond markets, currencies, commodities and short term rates), producing a combination of roughly 25 different long-short strategies.

“One of the advantages of quant strategies is you can do many things at the same time,” he says. “It is important to have them all in the one place, if you do each tilt separately it’s not efficient. A single smart beta can’t be as consistent as four smart betas in seven places.”

AQR continues to be innovative, taking the same themes Asness has been talking about for decades and reinventing new products. It will soon launch a long-only version of its quantitative stock selection product, which will have value, momentum and growth tilts.

“We’re doing something traditional, as many investors still need this structure, but our fees will be lower than the long-short ‘smart without the beta’ version,” he says.

From spending time with Asness, you can also assume certain things about the other co-founders of his firm. For instance, AQR could not be the success it is if David Kabiller did not have skills that complement the acute personality and thinking of Asness. Turning ideas into a money-making reality requires a partnership. Asness is one side of that coin.