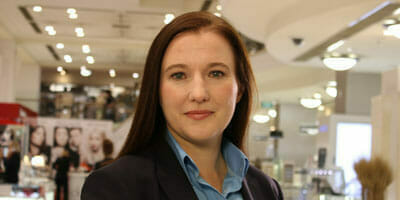 Jo Townsend, the chief investment officer at REST Industry Super, says the fund is not only investing according to a long-term horizon, but is also willing to depart from the pack when making investment decisions.

Townsend says the widely stated belief that you can’t add value through active management and, moreover, that they are waste of fees, is contestable.

REST will also make changes to asset allocation that, at times, can be quite different to the activities of other funds in the industry, Townsend says.

A classic example is the tech bubble of the late 1990s-early 2000s when REST had a substantially underweight position in overseas equities – around 8 per cent compared to about 20 per cent in the industry.

A whole other class

In 2008, this led to the establishment of a new asset class to place the structured securities – the “credit opportunities” sector, which sits in the growth alternatives asset class. Townsend says the call has paid off for REST members.

“Our initial allocation was 4 per cent of total FUM and today the allocation is 6.5 per cent,” she says. “…Those assets have been some of our best performing over the past four years or so.”

It all relates to a longer term focus that Townsend identifies as a true differentiator for the fund, which is one of the largest super funds by membership – more than 1.9 million members, and funds under management just about eclipsing $23 billion.

REST believes bond prices are extremely stretched and that there’s potential for an interest-rate rise to lead to capital losses in those markets. It’s a view that shapes REST’s investment philosophy.

“REST has viewed bonds as being an expensive asset class for quite some time and is defensively positioned,” says Townsend. “Further down the track, we see that there is the potential for inflation to return in view of the extraordinary extent of expansionary monetary policy being practiced right around the globe – which is effectively helping to keep bond yields so low.”

A prime focus for the fund, meanwhile, is real assets, which Townsend says REST is in constant search of, namely direct property and infrastructure investments. More specifically, they are looking for core properties with high levels of income and relatively stable income profiles with moderate levels of capital gain.

Approximately 90 per cent of funds under management and 98 per cent of REST’s membership base, are invested in the fund’s Core Strategy, a mix of shares and bonds, property, infrastructure, alternative assets and cash – 25 per cent defensive and 75 per cent growth.

The fund reviews each asset class on an annual basis, which also entails a look at its manager line-up. Currently the fund employs 42 external investment managers across 11 different asset classes.

Townsend says that REST will not terminate a manager because of short-term underperformance, however.

“We will always look to make sure that we understand what is going on with a manager’s performance. There might be very good reasons that a manager is underperforming.

“An absolute reason to terminate a manager would be if they’re not investing in accordance with their philosophy and the reasons they were put into the portfolio.”