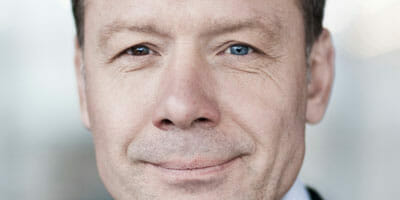 Danish pension provider Danica is upping the alternatives portion in its roughly $57-billion portfolio as it looks to boost returns within the country’s strict solvency framework. Alternatives already make up over 4 per cent of the $33-billion Traditional Fund, Danica’s largest and most conventional pension pool, double the proportion the asset class took at the end of 2010.

Peter Lindegaard, Danica chief investment officer, says that infrastructure is at the heart of a drive to treble its alternatives holdings again to a total 20 billion Danish krone ($3.6 billion). “We already have a number of investments in infrastructure funds and it is something we want to continue with as well as going a bit more directly,” he says.

The direct investments in the asset class have naturally followed from committing to infrastructure funds. “Some of these funds have co-investment opportunities for project equity investment”, Lindegaard says.

While the number of opportunities is limited in small and infrastructurally efficient Denmark, Lindegaard is enthusiastic about potential overseas investments. Danica is approaching infrastructure with a broad scope, according to Lindegaard, and will consider any form of the asset “as long as it’s not too exotic”.

Hedge funds, timber, agriculture, private equity and alternative credit are the other possible components of Danica’s alternatives effort. The alternatives it holds already returned a healthy 10.2 per cent in 2012, clearly a figure that would satisfy the fund in the future.

In another indication of how mainstream the asset class is becoming to Danica’s plans, Lindegaard isn’t too happy with alternatives’ name. “Maybe we should start calling them illiquid investments,” he says.

Like many investors, Danica’s alternatives drive has a clear objective in reducing a dependence on bonds. “Everybody wants to sell government bonds and invest in everything else”, is Lindegaard’s rather frank way of expressing it.

Danica shed $2.3 billion from the bond holdings of its Traditional Fund in the course of 2012, although its conventional debt holdings still occupy 60 per cent of the portfolio.

Lindegaard frequently refers to the fund’s risk budget and buffers. A need to focus on risk stems from the fact that Danish pension-solvency regulations, which came into force in 2002, place strict limits on the amount of “high-risk” assets the country’s pension funds can hold.

Equities occupy a mere 5 per cent of the Traditional Fund’s portfolio, perhaps meaning that Danica has somewhat missed out on the current equity boom, but also ensuring it misses out on the volatility of the asset class.

“As interest rates are so low, we have had to hold onto a lot of bonds and we don’t have a risk budget that allows us take much equity exposure,” Lindegaard explains.

As the Danish solvency regulations are akin to the European Commission’s proposed Solvency II-style limits on pension funds, the decisions Danica has taken in recent years will possibly need to be echoed across the continent in the future.

Danica has found space within the Danish regulations to take some bolder positions within its debt holdings.

For instance, Danica has largely held intact a significant position it had at the start of 2011 of 2.8 per cent of its customer funds in Irish, Italian and Spanish government bonds. “We are constantly looking for the best risk-reward options, and from this point of view these bonds looked good and still look pretty good,” Lindegaard says.

Outside of its liability-matching bond portfolio, the Danica Traditional Fund also has $5.5 billion in higher yielding “credit investments”. These assets delivered 14.4 per cent returns in 2012.

That is not unusual for Danish pension funds’ credit bonds holdings, Lindegaard says, as “interest rates fell at the same time as the spreads came in”.

Danica also takes a strong position in real estate. Most of its $3.49 billion real estate portfolio is directly owned in Denmark. The fund ranks as one of the country’s most significant owners across the residential, commercial and retail spaces. Lindegaard says Danica plans to increase its real estate holdings further, both in Denmark and by “dipping its toe” in overseas real estate via funds.

He says “there are issues in the Danish property market right now like anywhere else but we can make very interesting new investments as there is a lack of capital out there. If you are the ones that can deploy it you can get relatively good interest rates out of it.”

Some 78 per cent of assets at Danica are managed by Danske Capital, which shares the same parent company to the pension provider in Danske Bank. Another 9 per cent is managed by BlackRock.

Lindegaard reveals that Danica is very neutral on the passive versus active management debate. “We have a mix. In some asset classes it is difficult to beat the benchmark but in others, like emerging markets, you can make a very nice return with some active management,” he says.