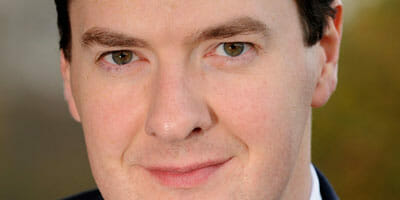 In a policy to galvanise pension fund assets to help boost its ailing economy, the UK government wants funds to invest in small and medium-sized businesses. As part of its Business Finance Partnership (BFP), it has named four asset managers to run specialist funds backed by pooled government and private capital. The funds will invest in businesses that struggle to borrow from cash-strapped banks. Chancellor George Osborne announced in his pre-budget Autumn Statement an initial government tranche of £600 million ($962 million) to the scheme that will be matched by $1.04 billion from the private sector.

The nominated fund managers are M&G Investment Management, Alcentra, Haymarket Financial and Pricoa Capital, with an additional $160 million expected to be invested with a fifth fund manger in early 2013. The loans will be made to companies with turnovers of between $40 million and $800 million and promise returns of between 3 to 6 per cent above LIBOR; tenors will be between five to 10 years.

Trustees have greeted the announcement with interest. Local authority schemes are expected to be the keenest investors since many have delved into the asset class before. M&G says local authority schemes were anchor investors in its first Companies Financing Fund, launched in 2009. This fund has lent around $1.49 billion to larger UK companies including power station operators Drax, logistics group Stobart and housebuilders Taylor Wimpey and Barratt Developments. M&G is matching the government’s $320-million seed funding with $400 million of its own capital, at this stage sourced from its parent group, financial services giant Prudential. “We hope to start lending through the new fund early in 2013. Each company will be assessed for suitability for the fund on a case-by-case basis,” says David Butcher, a spokesperson at M&G. “The fund is designed to offer absolute returns with high levels of security allowing clients to gain a diversified portfolio of companies.”

Investors will benefit from a cash return of around 8 per cent from day one on the interest charged, says Graeme Delaney-Smith at fund manager Alcentra, part of Bank of New York Mellon. Alcentra has matched the government’s $160 million investment in its fund, and expects pension funds to account for up to 70 per cent of its final investor mix. “Pension schemes have liabilities to meet – this cash yield is very attractive because they can use it to pay their pensions.” Once the fund is up and running, distributions will be quarterly and Alcentra will charge fees on a drawn capital basis rather than on a commitment basis.

However, some trustees want more detail before increasing their exposure to an asset class abandoned by UK banks. “SAUL already invests in two global funds that provide finance to companies unable to access funding from the normal banking system,” says Penny Green, chief executive of the $2.4-billion SAUL fund, the Superannuation Scheme for the University of London. “We have found that it is an interesting asset class and a useful source of returns. The issue is whether the BFP will be able to put in credit analysis that reduces the risk of non-performing loans being included in the portfolio.”

The effects of “smoothing”

Other aspects of the Autumn Statement will also affect pension funds’ investment strategies through 2013. The government says it will review the way companies measure the financial health of their pension pots, potentially leading to sponsors having to contribute less to their schemes. The move comes in the wake of lobbying from the industry for the so-called “smoothing” of assets and liabilities since liabilities have sky-rocketed because of record low government bond yields. One outcome of any smoothing could be a tumble in demand for the long-dated gilts that funds have been forced to buy to cover their liabilities. “Contribution uncertainty drives many investment decisions at the moment so more certainty could mean funds grow more inclined to take investment risk,” said Schroders’ Jonathan Smith.

In another development, schemes will also have access to longer dated gilts next year with gilt issuance in the 50 to 60-year range from 2013. Investor enthusiasm may only be lukewarm however. “I can’t see these longer dated gilts being attractive,” says Cass Business School’s professor David Blake, who argues funds won’t want to lock into today’s low rates of interest. “The industry wants long-term asset to match its liabilities but they’ll want interest rates at a normal level before they show any interest in this. It’s a good idea but bad timing.”