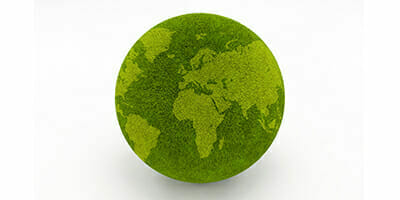 Germany’s MetallRente has made quick progress since its foundation by trade unions in 2001.

It has grown into Germany’s biggest multi-employer pension provider, boasting €3 billion ($3.87 billion) in assets, and counts a mammoth 21,000 companies as customers, from within the metal industry it was set up to serve and beyond.

In the past two years the asset allocation of the fund has undergone a major re-evaluation, driven by the three different pension products merging. Confusingly to non-Germans, all three products offer a hybrid defined contribution and defined benefit pension.

Norbert Klein, who heads investment at MetallRente, says that the realignment was also made to improve returns.

The share of equities at MetallRente’s pension fund, which invests exclusively in mutual funds, is now as high as 56 per cent, with about  29 per cent of these equity holdings made in emerging markets.

The debt allocation is split with an 8 per cent of assets in this fund are in high-yield bonds, with an equal share invested in emerging market debt.

Absolute return and commodity positions both equal 4 per cent each, with low-risk bonds forming 20 per cent of the portfolio.

Chipping away at risk

Unsurprisingly, such a risk-orientated approach has locked in the positive course of financial markets in 2012.

The fund was returning a thoroughly decent 9.2 per cent in 2012 up until the end of October, with average performance of 4.5 per cent since its inception in 2002.

He says this is because the fund itself holds just a minority of MetallRente’s €3 billion assets, with the majority of these tied into insurance-style unit-linked products, that are heavily built on highly rated debt and average a mere four per cent in equity allocations.

“For our unit-linked pension plans, only funds needed for securing this capital guarantee are invested in regular insurance investments, the rest are directed into the investment portfolio.”

MetallRente’s background in the German trade union movement is felt by the presence of two unions (IG Metall and Gesamtmetall) on the fund’s investment committee.

These voices have been influential in forming the fund’s sustainable approach.

Klein says that this is increasingly becoming a focus, although the fund included sustainability criteria in its investment policy from the very beginning.

The fund’s fiduciary duty for “workers’ capital” obliges MetallRente to seek “responsible investments for the beneficiaries and from the point of view of society as a whole”, he says, and  adds that the pursuit of its sustainable investment aims have changed over the years.

A ‘best in class’ approach was later adopted, that while continuing to exclude those companies failing the negative screening test, only allows for companies that pass a series of sustainability tests to gain investment from MetallRente.

Companies’ environmental and social policies, management, production methods, products and relationships with employees, suppliers and customers all go under the microscope.

Given the role that mutual fund managers have in investing on MetallRente’s behalf, Klein explains that scrutinising these managers is an essential focus for the sustainability efforts.

Those hoping to handle some of MetallRente’s assets need to pass pre-screening on their sustainability approaches.

Further probing of a managers’ tax transparency and other sustainably geared factors will then ensue before selection.

In June 2012, MetallRente became only the eighth German signatory to the United Nations’ Principles for Responsible Investment.

Klein hails the ability of sustainable investing “to avoid the risk of losses from non-financial factors”.

At such a relatively new fund, a sustainable approach is also seen as a key to locking in reliable long-term returns.