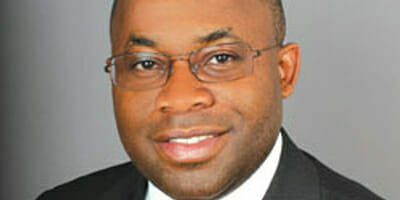 Many of the countries with the largest oil reserves also boast the largest sovereign wealth funds (SWFs). And yet African producers, like newcomer Ghana, Angola, and Nigeria which has been pumping oil since the 1950s, haven’t saved much of their oil revenue. Now, in an effort to replicate the long-term growth of funds like Norway’s $600 billion Government Pension Fund accrued from North Sea riches, and the Abu Dhabi Investment Authority with assets somewhere around $900 billion, all of these African countries are in the process of launching their own SWFs.

Many of the countries with the largest oil reserves also boast the largest sovereign wealth funds (SWFs). And yet African producers, like newcomer Ghana, Angola, and Nigeria which has been pumping oil since the 1950s, haven’t saved much of their oil revenue. Now, in an effort to replicate the long-term growth of funds like Norway’s $600 billion Government Pension Fund accrued from North Sea riches, and the Abu Dhabi Investment Authority with assets somewhere around $900 billion, all of these African countries are in the process of launching their own SWFs.

In Nigeria the government has pledged $1 billion in seed funding to a SWF, promising an additional $1 billion a year targeting $6 billion by 2017. Optimistic forecasters say that one day the fund could top $250 billion.

Last month Angola launched Fundo Soberano de Angola (FSDEA) starting with $5 billion in assets, and Ghana is also planning to save a small proportion of its oil earnings. A law passed last year that allows the government to use 70 per cent of oil revenues to fund its budget and save 30 per cent in heritage and stabilisation funds.

Nigeria’s fund is divided into a future generations fund, a stabilisation fund and an infrastructure fund, each representing at least 20 per cent of the total. Former investment banker 42-year old Uche Orji, who worked at JP Morgan, Goldman Sachs and most recently UBS in New York, has been appointed chief executive after a year-long search run by consultancy KPMG.

No decisions have been made on how the fund will invest but like other wealth funds, Nigeria’s is likely to invest offshore to remove liquidity and inflationary pressure from the domestic economy. Investment strategy will likely focus on global fixed income and equity, aping SWF strategies of other oil producers, especially Norway where the current asset allocation is a highly traditional mix of 60 per cent in global shares, about 40 per cent in bonds and a tiny percentage in property. The stabilisation fund will hold more liquid assets.

Some commentators expect an emerging markets bias. Research from consultancy Monitor Group shows the Asia-Pacific region attracted the largest chunk of SWF direct investments in 2010 at $25.2 billion – nearly half of the total.

In line with the growing trend of Africans investing in their own continent, strategy at Africa’s new SWFs could also have an African bias. Algeria and Libya could be models to follow, suggests Sebastian Spio-Garbrah at DaminaAdvisors in New York. Libya’s secretive fund – it scored a transparency rating of two on the SWF Institute’s Linaburg-Maduell Transparency Index – has between $50-$70 billion of assets under management and had stakes in big European firms like UniCredit, Italy’s biggest bank, but was also invested in hotels, banking and telecoms groups across Africa.

Investing at home is a strategy Angola’s SWF has already identified. It says it will invest in a wide range of asset classes, internationally but also in Africa targeting particularly “infrastructure investments and investments in specific industries which are likely to exhibit strong growth in Sub-Saharan Africa.”

Here the emphasis will be on sectors like Angola’s undersupplied hotel market. Executives at the Angolan fund also stress they are hunting social and financial returns, backing national strategies for growth that make it more sovereign development fund than pure SWF.

“We are committed to promoting social and economic development, investing in projects that create opportunities that will positively impact the lives of all Angolans today and to generate wealth for future generations,” says José Filomeno de Sousa dos Santos, an executive on the fund’s board.

Nigerians believe their fund may also have ambitious alternative allocations. In an investment model already proven by the African Finance Corporation (AFC), a Lagos-based development financier set up in 2007, Nigeria’s SWF may prioritise infrastructure and resource plays.

“The Central Bank of Nigeria provided the Africa Finance Corporation with $1 billion to invest back in 2007. The current set up at the SWF reminds me more of the AFC than a typical SWF,” says Samir Gadio, emerging market strategist at Standard Bank. AFC strategies have included undersea cables linking Europe and West Africa, South African technology groups and Ghana’s Jubilee oil field.

One hope is that new sovereign funds will encourage Africa’s own asset management industry too. Opportunity to manage the money may be used as a carrot to draw more of the big investment banks to the region.

For all the fanfare, Nigeria’s SWF has had a challenging start that doesn’t bode well for the future. Nigeria’s 36 powerful state governors, who under the country’s federal system receive a share of national oil revenue, have hindered progress since money portioned to the SWF means less for their states. For now they have insisted the SWF be managed separately from Nigeria’s other oil savings, the $9.6 billion Excess Crude Account, although the idea is that these funds are ultimately pooled.

“There is a big argument between the federal government and the governors,” says Gary van Staden at NKC Independent Economists in South Africa. “They want to know how they get their share of the pot if it all goes into the SWF and they won’t decide investment strategy until this is sorted out.”

The danger is that the waters will get muddier ahead of the next election in three years time. “The governors will say what they want and there will be a political trade-off somewhere, but as we get closer to the election the trade-off will become more in their favour,” warns Rewane.

It is still early days at Africa’s new SWF. But while developed economies battle sovereign debt Africa is planning how to manage its sovereign wealth.

“There is finally a fundamental change afoot in how these countries manage their oil wealth,” says van Staden.