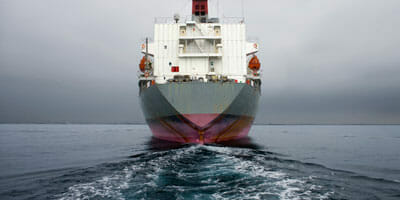 The UK’s £3.3-billion ($5.6-billion) Merchant Navy Officers’ Pension Fund (MNOPF) is poised to offload the final portion of its defined-benefit liabilities in the old section of the scheme. The fund, which has provided pensions to the shipping industry since 1937, comprises a $3.2-billion new section and a $2-billion old section, closed since 1978 and with around 22,000 retired members. Galvanised into action when funding levels plummeted to 81 per cent in 2008, the MNOPF insured a total $960 million of its old section in two separate deals with insurance group Lucida. Now, to counter all investment and longevity risks within the old scheme, the balance is likely to be insured by a third party too. “Subject to market conditions, we are close to making a decision regarding the buy-in of our remaining liabilities in the old section,” said MNOPF chief executive, Andrew Waring, who took over the helm in 2008, joining from Benfield Group.

The next step in Waring’s risk-averse, insurance solution will be keenly watched by the many other UK schemes weighing up the best way to handle the headache of ballooning pension liabilities. He’s convinced it’s the only strategy to meet the MNOPF’s $160-million monthly pension obligations and safeguard against the old section’s deficit landing on the balance sheets of the thousand-odd diverse employers that stand behind the scheme. The old section is currently 96 per cent funded on an all-gilts basis.

The multi-employer MNOPF scheme is a last-man-standing fund whereby the liabilities from any employer withdrawing from the scheme are reapportioned among those that remain, increasing their share of the deficit. Although Waring jokes how employers “visibly pale” when they understand the principle behind such a scheme, he is adamant the MNOPF’s structure, shared by other UK schemes including the $48-billion Universities Superannuation Scheme, ensure a particularly robust constitution. Waring’s particular challenge is that although the old section has around 3500 employers comprising all types of seafarers from oil companies to ferry operators, the fund can only track 250 of them. It’s a problem that has bled into the new section too. It has 350 employers but the last valuation showed that around 25 per cent of all liabilities in the scheme are now so-called orphan liabilities, ultimately forcing the MNOPF to call on its employers again.

In a process Waring calls “taking chunks of risk off the table”, Lucida first took on $797 million worth of liabilities in 2009, then a further $160 million in May 2010. “Half our liabilities in the old section are now extinguished. If we don’t approach risk like this, we are putting at risk the accrued benefits of our members,” he says. He’s just as determined not to call on the support of the UK’s lifeboat fund, the Pension Projection Fund, as he is to not impose “unreasonable funding obligations” on the schemes’ remaining employers. “The idea that if we get into trouble the PPF is always there isn’t a view I share,” he says. “We don’t want to use it because we need to work though our last-man-standing principle.”

In another strategy, again born from conservatism and caution but which has also grabbed the headlines and differentiated the MNOPF from peers, Waring has overseen the introduction of a new fiduciary management at the fund. The fund outsourced investment management to Towers Watson in 2010 and appointed Hymans Robertson as independent investment advisor to oversee Towers in 2011. Although the MNOPF investment committee, which meets five times a year, still decides on basic strategy including asset class and allocation, plus the size of the risk budget, Towers Watson oversees the rest. This includes hiring and firing managers – the number of managers has grown to 30 from 15 since Towers Watson took on the role – and negotiating fees on the scheme’s behalf. “We don’t have any resources for an inhouse investment team and the investment world gets ever more complicated,” he says. “Because of the way the fund is structured, members and employers sit on our board.” The old section is invested in a passive, low-risk strategy that targets 105 per cent funding over 10 years on a gilts basis. Growth assets include equity, investment and non-investment grade credit and property.

Strategy for the new section, which is between 60-70 per cent funded, also veers on the side of caution. Assets are portioned in global equity (20 per cent), private equity (4 per cent), hedge funds, including a distressed-debt allocation (10 per cent), property (3 per cent), commodities (2 per cent), reinsurance (3 per cent), non-investment-grade credit (8 per cent) and investment-grade credit (12 per cent). There is a 35 per cent matching asset allocation and 3 per cent in emerging market currency. The fund recently cut its equity exposure and increased its private equity and re-insurance allocations. “Our time horizons are a bit short for pure infrastructure,” says Waring. “Early stage infrastructure fits other funds better than the MNOPF – even our new section isn’t as new as it once was.” He says the fund is now robust across all possible scenarios rather than taking a bet on one particular asset class. Since the new management structure was introduced, returns have increased and risks reduced. The new section outperformed its 7.8-per-cent benchmark by 0.9 per cent over the year.

How to wind up

Waring says that other funds mulling a similar wind-up should focus on how best to present the fund to the insurance market. “Watch out for skeletons in the cupboard,” he advises. “There could be things lurking in dark corners that newer trustees wouldn’t be aware of.” For all his enthusiasm he warns that wind up is an emotional, “gut-wrenching” journey. He says the MNOPF is a club that members like belonging to; they won’t have the same affiliation or sense of trust with an insurer.

But he’s still resolute that with a mature scheme like the MNOPF, the downside risk is always greater than the upside potential. The MNOPF has less freedom than other funds; shifting more of the portfolio into return-seeking assets wouldn’t solve the problem. He talks about compromise and the balance that he’s had to strike between the fund’s diverse members. Some are big corporates, strong enough to withstand short-term volatility seeking long-term equity investment, but others are small ship owners with a low threshold for risk. “We traded in upside potential for security. It was a tough decision but we decided security was more important,” he says.