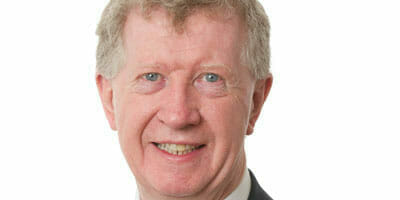 In the United Kingdom there are around 1.5 million employers, and it is estimated more than half of them do not offer a pension to their employees.

The pension system in the UK is fragmented. There are more than 10,000 mostly defined-benefit plans and, unless you are a government employee or in the high-income bracket, there is very limited coverage.

Auto-enrolment, the opt-out defined-contribution system designed to fill this gap, was introduced in the UK on October 1.

The government-funded pension fund, NEST, is one of the funds on offer under the new regime, and conexust1f.flywheelstaging.com had an interview scheduled with the chair of the fund, Lawrence Churchill on that day – the first day of the rest of the fund’s life.

Churchill and his staff have spent the past two years preparing the fund for this date. They have the infrastructure, including appointed investment managers and more than 250 staff, in place to start managing pension money.

“A lot has been happening in the past two years, NEST has changed the basis of competition and it’s been beyond my expectation,” Churchill says. “We are a low-cost option and we’ve used simple language, trying to get all the technical jargon out of the way, and it’s landed incredibly well.”

While October 1 was the first day of compulsion, the fund has taken on some “volunteers” with 200 companies and about 2000 employees, and about £1 million of assets already running through the fund.

“We’ve learnt a lot and it has been a reasonable test of our infrastructure,” he says.

NEST has two main competitors: the People’s Pension, which is an established UK operator traditionally focused on the building industry; and Danish fund ATP’s offering, Now.

“It will be terribly interesting to see how this plays out,” Churchill says.

The fund is aimed at low-income workers and does have some constraints for growth, in particular it can’t take contributions of more than £4400 per person a year.

Churchill says one of the fund’s strengths is its focus on good governance.

“We have taken advantage of starting from scratch and we want industrial-strength governance. Our trustee structure is like a FTSE 100 company – we have committees at the board level and delegations to the executive.”

The implementation of that, within parameters, is given to the executive, which includes 15 internal investment staff, who manage a risk-driven asset allocation with 12 different risk indicators, and a different risk allocation at each phase of retirement.

The internal team has a monthly asset-allocation meeting and reports back to the investment committee on a quarterly basis.

The fund has taken a largely outsourced model – both investments and administration are outsourced – and it doesn’t have a licence.

The assets are held 100 per cent in regulated markets and 100 per cent in liquid markets. The largest mandate is with UBS and the other managers are State Street Global Advisors, Blackrock, F&C Investments, HSBC and RLAM.

From an investment point of view, there are many particular characteristics of the fund. For one, it is largely indexed, with the average fee being 50 basis points.

“What we’re doing as an aggregator is bringing wholesale costs down to a retail market,” Churchill says.

And for young members the default fund is unusually defensive.

The philosophy behind this, Churchill says, is that it is better to encourage saving per se, than to tempt people to opt-out because they have had a bad or volatile investing experience.

The fund’s chief investment officer, Mark Fawcett (pictured right), says the amount of risk taken when you have a small amount of money is less important than actually continuing to save.

NEST has done extensive research and has found that young people in particular are adverse to volatility and losing money, and a reaction to that could be to opt-out of the fund all together.

“You have to keep saving to create a pension,” Fawcett says.

Risk management and diversification are the drivers of investment management for NEST, and the fund “believes” there is better value in passive management.

“It is better to use resources on asset allocation,” Fawcett says.

More than half of mandates awarded are passively managed.

In addition, the fund is looking to have long-term relationships with its service providers, including its investment managers, demonstrated by mandates being open ended.

“We went into it saying if you do what you say you’re going to do then you’ll be around,” he says. “We want to keep managers focused so we don’t believe in artificial horizons – even 10-year mandates are artificial time horizons. If two years from the end of their term they are underperforming, then they will take more risk.”

While it is not on the immediate horizon, Fawcett says it is possible assets will be managed in house.

It is a requirement that the fund uses a consultant for manager searches, and both Aon Hewitt and Mercer have been used so far.

Fawcett says the other unique aspect of the fund is that the default fund is a series of target-date funds, one for every year of retirement, and there is dynamic management within the target-date funds.

The target is on expected retirement date, and risk is managed according to annuity prices, not the size of the pot. Something other defined-contribution funds could learn.

“We are trying to philosophically see our way through conversion risks,” Churchill says. “We focus on retirement income.”

He says the fund is looking to broaden its range of retirement-income offerings and will work with providers to add products such as low-cost, advice-lite drawdown products.