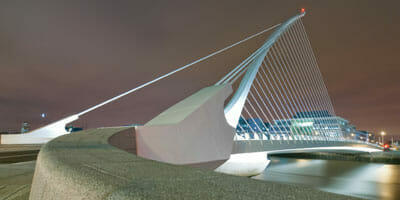 Institutional investors across the planet are squaring up to changed realities in the wake of the financial crisis. It is difficult though to think of any that has found its operating environment transformed as fundamentally as Ireland’s National Pensions Reserve Fund (NPRF).

“Being turned on its head is a fairly accurate way to describe the changing role of the fund,” concedes investment director Eugene O’Callaghan.

Having the vast majority of its portfolio – some €20.7 billion ($26.6 billion) – siphoned off by the minister of finance from 2009 to 2011 to recapitalise two devastated banks (Allied Irish Bank and Bank of Ireland) was just the beginning.

The NPRF is now on a mission to rebuild its struggling country. It wants to transform the $7.5-billion rump portfolio still under its control by investing the majority in domestic infrastructure.

“We want to reverse the capital outflow that Ireland has suffered,” says O’Callaghan. It’s a lofty ambition, made even more daring by the drastic reduction in the “discretionary portfolio” that is still under the NPRF’s control.

Overall returns of -36 per cent in 2011 are equally difficult to match with a goal of changing the face of a nation. This desperately poor result was due solely though to a markdown of the bank shares that make up the NPRF’s “directed portfolio” – controlled by Dublin’s finance ministry.

To complete the major shift to infrastructure that it hopes will put Ireland on the road to recovery, the NPRF has three broad immediate responsibilities, O’Callaghan explains.

Firstly, space needs to be freed up from the discretionary portfolio – which returned a decent 2.1 per cent in 2011, comfortably beating both its benchmark and the average Irish pension fund.

For this purpose the fund has begun a sale of its $973-million private-equity assets in secondary markets and hopes to offload many of its $637-million worth of property assets as they approach maturity.

The most pressing item on its agenda, however, is to gain a new mandate that permits the NPRF to concentrate its assets in the Irish infrastructure basket.

O’Callaghan hopes for agreement “fairly soon” on mandate-review discussions between the NPRF commission and the fund’s sponsor, the government. The NPRF naturally wants its concerns to be enshrined by a changed text, such as that all new investments are made on a fully commercial basis.

Finally, the NPRF needs to scout novel opportunities in Irish infrastructure. Instead of waiting for clarification on its mandate first, a pro-active NPRF has already begun this hunt.

In fact, given the limited market in Irish infrastructure investment, the NPRF is coming close to pioneering a new asset class.

Getting others on board

O’Callaghan exclaims that the NPRFs new work on developing infrastructure opportunities “is a new world entirely. We find ourselves hustling to bring partners together, with half our team discovering things as if they are running a start-up business.”

The search for partners is a result of the NPRF leading efforts to attract up to $1.29 billion in funding to an Irish Infrastructure Fund run by asset managers Irish Life and AMP Capital.

The NPRF pledged $322 million to this in 2011 under a new umbrella Strategic Investment Fund – a move that won’t be implemented until the mandate review is complete.

O’ Callaghan admits finding partners has proved to be hard work, not least because it goes well beyond the typical work of a fund and is “more akin to corporate financing at times”.

Some hoped-for Asian investors for the Irish Infrastructure Fund have also turned out to be coy about gaining any eurozone exposure. Others want to see more “visibility” in the Irish government’s privatisation agenda.

There is a “comfort factor” for potential partners though in the presence of the NPRF in the fund as a major international investor, O’Callaghan reckons. He is also confident that once the NPRF-mandate review is complete, the funds will start to flow in that venture.

In another move, the NPRF’s newfound role as a national champion led it to clinch a novel deal with the US-based Silicon Valley Bank. The NPRF switched its discretionary portfolio’s US venture-capital mandate to the bank in return for a commitment to loan $100 million to Irish mid-stage tech companies.

O’Callaghan is confident that there will be enough demand from the small Irish economy for new infrastructure spending. There is certainly no shortage of proposals for what NPRF financing can be spent on.

The Irish Infrastructure Fund made its first investment in June – purchasing a wind-farm portfolio.

Some $161 million of NPRF funding has also been offered to aid the Irish export industry through Enterprise Ireland, while plans to help grant domestic small-to-medium enterprises much-needed credit are also in the works.

Installing water meters at every Irish home with a loan of $579 million and supporting an extension of broadband networks in rural areas are additional projects likely to tap NPRF funding under its Strategic Investment Fund.

The government is also looking for $965 million from the NPRF to support a public-private-partnership initiative proposed this June.

The close political association of many of these proposals begs the question as to whether the finance ministry knows more about the NPRF’s future than the fund itself.

“We just have to go with the flow. The government has articulated its plans for the NPRF, but everything we do has to be on a commercial basis, without which our credibility as an investor would be lost, and we are 100-per-cent determined to ensure that,” O’Callaghan says.

A report sponsored by Irish trade unions that was published in March 2012 suggested that close to half of the NPRF’s $7.5 billion discretionary portfolio should be pledged to support domestic infrastructure.

O’Callaghan concedes that even the majority of the portfolio could end up being invested in the asset class. If realised, that would be quite a staggering approach for a pension fund to take.

Managing such an unconventional portfolio is likely to be every bit as challenging as establishing it, particularly in capping risk. Infrastructure, after all, has a reputation across the world as a high-risk asset class.

“Well, we have the capacity to dial up and down the risk spectrum,” says O’Callaghan. “It will be a good few years before all that infrastructure money is deployed in Ireland and we have a liquid portfolio of global investments that we can use to balance risk.”

Efforts to de-risk the liquid portfolio got underway in 2011 with what seems to have been a well-timed move to shed both listed-equity holdings (now just 40 per cent of the discretionary portfolio) and eurozone sovereign bonds (a mere 1.4 per cent).

At the same time, the fund has been delving further into alternatives with $341 million of equity-put options (4.9 per cent of the discretionary fund) purchased in the middle of 2011.

Substantial existing investments in infrastructure plus property yielded 18.4 per cent and 9.1 per cent, respectively, over 2011.

Gaining admirable returns in the discretionary portfolio of more than five percentage points over the average Irish pension fund in 2011 suggests the NPRF might just have stumbled on a magic post-crisis investment formula in the dramatic efforts to reshape itself.

Whether the NPRF can continue that success with its bold new infrastructure focus remains to be seen.

How it finds its way in at a time when financially decrepit governments are urging so many institutional investors to back local infrastructure projects should yield valuable lessons at the very least.