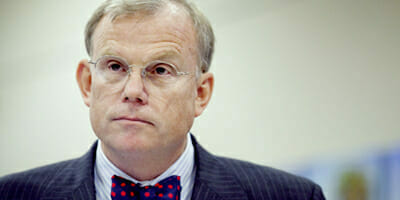 Florida’s State Board of Administration (SBA) has appointed Mercer to conduct a broad-ranging review of staff compensation that was initiated and will be overseen by the organisation’s independent investment advisory council.

As part of this review, the investment advisory council (IAC) passed a motion at its recent quarterly meeting to provide annual recommendations to trustees on the executive compensation of about 15 top investment staff.

This includes the heads of various asset classes, as well as Ash Williams, the former hedge-fund executive who holds the powerful dual roles of executive director and chief investment officer at the SBA.

Williams, who advised the council at its meeting last week, voiced his objection to recent moves by some public pension funds in the US to cut back bonuses when funds lost money during market downturns.

What Williams said
CalPERS is one such fund that provides discretion to trustees to reduce or eliminate investment-staff performance pay in years of negative performance.

This process came about through a similar review of staff compensation also conducted by Mercer.

Responding to questions from the council, Williams noted that to retain staff it was vital that any bonus structure was maintained, regardless of whether the fund lost money in absolute terms.

“The broad history of compensation at public pension funds, more in the US than anywhere else, has been, unfortunately, one where when times are tough and markets are down, for example, [incentive] programs may be abridged,” he said.

“The argument is that – notwithstanding that your relative performance may be statistically and demonstratively excellent and that you added value by protecting capital in an adverse market – if the absolute return was flat or negative, then there have been situations in other jurisdictions where public funds’ leadership has chosen to simply abridge whatever the agreement has been with the affected employees.”

Williams noted that the IAC would be limited to recommending executive pay, with the final decision resting with trustees.

“I think what we would need to do here is create something with enough institutional dignity and have the communication process be thorough enough on the front end of this so that it is understood in order for this to be a credible and effective program at recruiting and retaining the talent you want. But it has to be honoured, however, at the end of the day the trustees can do what they want.”

Williams has been a long-time advocate for increased pay levels for staff at the SBA, the organisation that as of the end of last year ran more than $149 billion in assets over 30 funds.

Williams complained to the council that his pay was one of the reasons why he left the fund after a six-year stint in the early 1990s.

“In the six years I was here in the 1990s, I had one raise and, to be honest with you, that was one of the reasons why I wasn’t here for 12 years,” he told the committee.

Williams says the current arrangements in which the trustees decide on pay of executive staff put them in a “tough spot”.

The pay of executives at the SBA has been the focus of politicians in the state’s legislature, which has been particularly vocal during periods when the funds managed have lost money.

The State Board of Administration’s most recent operating budget reported that the fund spent about $18.3 million on staff salaries and benefits.

Managing potential conflicts
The Mercer review will examine the compensation of about 100 staff.

The consultancy will look at comparative pay rates in similar public and private sector organisations as well as whether pay and incentives align with the objectives of the SBA and its stakeholders.

Members of the IAC stressed the need for the 9-person council to take an active oversight role in the review, noting that it should be at arm’s length from staff.

While Mercer has conducted similar compensation reviews at the Georgia Division of Investment Services and CalPERS, IAC chair David Grain said the council was looking for a tailored outcome.

“I don’t think one size fits all, the fact that they were successful and had good references from CalPERS and Georgia doesn’t mean that we want the same product that was produced for them,” Grain said.

“Ours is going to end up being unique in my view.”

In its review of compensation at CalPERS, Mercer recommended a simplified system of incentives for investment staff that would increase transparency.

The SBA reports that it last updated its pay grades and ranges in 2006. In 2009, the SBA engaged consultancy McLagan Partners to conduct a review of salary and compensation levels across the organisation.

The New York-based consultant found that the average salary of SBA investment staff was 40 per cent below that of staff at other comparable state pension funds.

In a request-for-quote document sent to potential candidates for the compensation review, the SBA details that “a modest incentive program for certain investment staff has been in place for much of the last decade, but payouts under the program have not been budgeted for several years”.