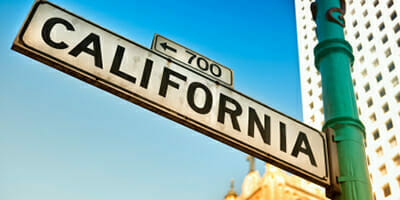 Encouraging the widespread corporate adoption of a majority-voting standard, promoting diversity on boards and collaborating to improve the way funds report environmental performance are just some of the focuses of the CalSTRS corporate governance team.

Anne Sheehan, CalSTRS’ director of corporate governance, talked exclusively with top1000funds.com about what the key issues are for the self-described “activist investor”.

Sheehan’s team is fresh off the success of its program to encourage more small companies in the Russell 2000 stock market index to adopt a majority-voting standard.

It is a program they plan to continue rolling out in the coming years.

The majority-voting standard requires that a sitting board member receive a majority of the shareholder votes cast in order to continue serving as their representative.

CalSTRS reports that it engaged 95 companies to adopt the standard in the 2012 proxy season. Of these companies, 82 adopted a majority-voting standard.

Sheehan explains that the fund decided to move beyond the typical large-cap companies that make up the S&P 500 to the plethora of smaller companies.

Less than 10 per cent of companies in the S&P 500 index still maintain a strict plurality standard, by which a nominee can be elected with a single affirmative vote.

More than two-thirds of companies in the Russell 2000 maintain a plurality vote standard.

Small cap shift
CalSTRS argues alignment of interest is greater between boards of directors and shareholders when elected under a majority, rather than a plurality, vote standard.

“A couple of our colleagues at other public funds were focusing on those remaining S&P companies so we thought, all right, let’s go to the next tier down, where majority voting is not as prevalent as it is in some of these bigger companies,” Sheehan explains.

The fund decided on which companies to target its engagement efforts by looking at where it had the most influence, both in terms of the size of its holdings as a percentage of total shares outstanding and their total dollar size.

The same screening methodology will be used for its next tranche of companies, with letters set to go out to another 100 companies next week, Sheehan says.

First-time engagement
More than a third of the 95 Russell 2000 companies contacted in the 2012 proxy season adopted majority voting without a proposal being filed.

Sheehan explains that for many companies it is the first time they have had direct engagement with a large active owner like CalSTRS.

“Many of these companies have never received a shareholder proposal, some may have not have heard from a big institutional investor like us, an activist fund,” she says.

“They may have a fund that is a large institutional investor, but it may be a fund that has a different focus.”

As part of its majority voting engagement this proxy season, CalSTRS submitted 61 proposals related to majority voting on corporate boards, with 48 withdrawn after the companies made significant progress towards implementing a majority voting standard.

Of the remaining 13 proposals, nine were passed with more than 75-per-cent average shareholder support, CalSTRS reports.

“If you put this stuff on the proxy, the shareholders are going to support it,” she says.

A say on pay
Reflecting on the recent voting season, Sheehan says that the fund is seeing a lot more focus on the directors of companies, with their election no longer the rubber stamp it once was.

“I see much more focus on director votes over the past couple of years than we have in the past,” she says. “I think directors are beginning to understand that they are getting much more of the focus and attention.”

Sheehan observes that companies have become much more responsive to investors, especially in dealing with compensation issues.

The new Say on Pay regulations are one reason Sheehan cites, with companies keen to avoid a failed vote.

CalSTRS sent letters to about 120 companies whose shareholders voted no on compensation and received a 100-per-cent response.

“We have a lot of discussion with companies, including board and compensation-committee members, about their compensation structure. So I have to compliment the companies on being responsive to that because they believe that a failed say-on-pay vote, or even poor showing on their compensation, does not bode well for them in the future.”

“We have seen changes – more can be done – but acknowledgement is the first step.”

Sheehan says that the focus on compensation has generally moved beyond the typical perks and gross-ups that used to be what she describes as “shareholder irritants” to honing in on aligning pay with long-term performance.

Duelling with dual-class shares
Corporate board members are also having to turn their minds to who is sitting next to them, with investors such as CalSTRS pushing for more diversity on boards.

In keeping with a broader strategy of collaboration, CalSTRS has teamed up with fellow giant Californian public pension, CalPERS, to take on a leadership role in pushing for greater diversity.

This involved the launch of the 3D database of pre-approved board candidates that emphasises people with fresh ideas and new perspectives. 3D stands for Diverse Director DataSource.

The database project is conducted in partnership with GMI Ratings – an independent provider of global corporate-governance ratings and research – and is, according to the funds, an attempt to provide a market-based solution to the supply and demand issues concerning suitable board candidates.

Sheehan says that as the fund starts to evaluate its most recent proxy-voting season and turn its mind to its strategy leading up to the round of voting next year, the key concerns of majority voting, diversity and the performance of corporations on environmental and sustainability factors remain a priority.

After vocal opposition to News Corp’s dual shareholding, Sheehan says the question of equal shareholder rights for all owners in a company also remains a concern.

The fund has observed that tech companies in particular are favouring dual-class shares, and Sheehan says that has spurred the fund into action.

“We have a concern with dual-class shares, where not all the voting rights are equalised. Some of the companies in Silicon Valley have gone down that path and it is a concern to us,” she says.

“Media and tech companies seem to like this strategy and we continue to have discussions around that because we do believe that in the long run, the market does discount that [dual-class share structures].”