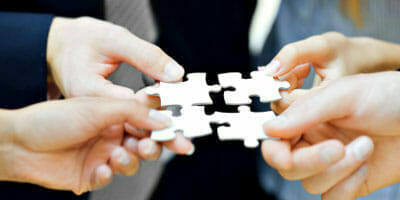 CalPERS aims to increase its total-portfolio risk oversight, as well as move towards more dynamic asset allocation as the fund attempts to overhaul its investment decision-making processes.

This week the fund released a two-year business plan that aims to implement a risk-based dynamic asset-allocation approach by June 2014.

It is the first time the $238.2-billion fund has drawn up a business plan over a two-year time frame, with other such plans typically setting out the fund’s objectives on a year-by-year basis.

The 2012–2014 business plan forms part of the implementation of its five-year strategic plan and also details a push to establish a comprehensive portfolio-risk-management system and practices to measure, manage and communicate investment risks.

Stretching out to 2017, this strategic plan sets out broadly ranging goals for the fund, which covers not only investment objectives but the culture of the organisation and its broader societal engagement.

In the plan CalPERS aims:

Hybrid on the horizon
California’s public pension system is under the spotlight after the state’s governor Jerry Brown announced a wide-ranging reform program that would seek to develop a hybrid defined-benefit/defined-contribution system.

CalPERS has engaged in the preliminary policy discussions around this reform program, presenting to the state legislature but is under pressure to ensure a future system does not disadvantage current members and maintains future flows into the fund.

At the end of last year CalPERS reported that it was near a 75-per-cent-funded status, which would result in unfunded liabilities of between $85 billion and $90 billion.

In its latest strategic plan, the fund aims to hone its investment process so that it considers both the asset and liability sides of CalPERS’ balance sheet.

CalPERS outlines 11 objectives in its five-year plan, which include funding the system through an integrated view of pension assets and liabilities, and delivering target risk-adjusted returns.

To achieve these particular objectives it will actively manage and assess funding risk through an asset-liability-management framework, which will guide investment strategy and actuarial policy.

The fund also aims to implement programs and initiatives that improve investment performance and ensure effective systems, operations and controls are in place.

CalPERS will also conduct an asset-liability workshop by June 2013, “leading to potential revisions to the asset allocation by applying a new risk framework”.

Stakeholders engaged… to no avail
In January the fund initiated the five-year strategic-planning process. As a key part of this development, an engagement plan was designed to inform and seek input from key stakeholders, including CalPERS leadership, staff, members, employers, member and employer organisations, and government representatives.

A series of meetings with those stakeholders revealed some key themes. For the board and executive staff, the investment themes included continued innovation to balance risk and returns, making an effort to bring down investment operating costs, the importance of considering ESG factors, and that there is a risk of significant drawdown impacting the funding level permanently.

At a pension policy level, it was highlighted that the fund should defend defined-benefit funds and that it should prepare to administer hybrid plans.

It was also noted that CalPERS should defend its stance for a variety of important issues.

However, there was no consensus on what those issues should be. Suggestions ranged from the value of defined-benefit plans to benefit adequacy to policy issues that could impact sustainability.