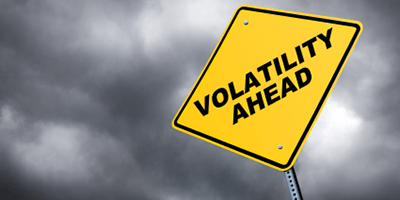 The role of emerging markets debt is evolving from a return-enhancer to providing some buffer against volatile markets.

Emerging markets debt has been one of the best performing asset classes in the last decade but experts say those spectacular returns may be a thing of the past.

There are signs emerging markets debt is becoming more robust in volatile markets – investors are closely following the development of the asset class – but they are cautious about its pro-cyclical nature compared with other fixed income opportunities.

As emerging markets debt moves increasingly from a tactical play to a long-term strategic allocation for investors, others warn that the past spectacular double-digit returns are a misleading indicator of what may lie ahead.

Cambridge Associates Singapore-based managing director Aaron Costello notes that since the late 1990s investors have been riding down high yields.

“A key risk that needs to be understood is that future returns will be much less than past performance, given the current level of yields. So, historical analysis of the asset class will overstate the case,” he says.

“For instance, US-dollar emerging markets debt has been one of the best performing assets classes over the past 10 to 15 years, simply because in the late 1990s yields were near 15 per cent to 20 per cent.

Today yields are 6 per cent. Local-currency emerging-markets-debt yields are also around 6 per cent, while emerging markets currencies have rallied strongly. So while we see 6 per cent yields as attractive in today’s environment (especially given lower volatility), this is a far cry from historical performance.”

Long way to a safe haven
T. Rowe Price emerging-markets-debt portfolio manager Mike Conelius says emerging markets sovereign and corporate debt is supported by strong fundamental and technical aspects but it is still at the start of a long journey to becoming a potential safe haven.

During more than 20 years investing in both emerging and frontier markets, Conelius has seen his fair share of crises. He is careful to separate the well known story of the underlying strength of emerging markets from the reality for the asset class.

“I would never call an emerging market a safe haven. I have done this too long. But I would say that if one definition of a safe haven would be strong fundamentals and a strong technical base, than yes, a lot of emerging markets have those qualifications,” Conelius says.

“But in the end, emerging markets debt trades more or less like a risky asset. Liquidity can dry up. The Wall Street structure doesn’t work the way it used to. Banks don’t carry risk any more. We are trading among ourselves… The street does not provide that buffer of liquidity.”

Altered structure changes play
Conelius says that an emerging-markets-debt manager must play defence in a world where the trading structure has changed so much after the financial crisis.

Cash now typically makes up 4 per cent to 5 per cent of assets under management when it would have been around 1 per cent in the past.

There is also a solid buffer of dollar-denominated sovereigns, so-called hard currency debt as well as quasi sovereigns, usually high quality corporate debt from government-backed companies, according to Conelius.

However, there have been some nascent signs that emerging markets debt is moving from just a return-enhancing risk asset to something that can provide a measure of stability during times of market stress.

The EMBI covers US-dollar-denominated or hard-currency sovereign debt. T. Rowe Price’s Emerging Markets Bond strategy returned 7.09 per cent over the first three months of the year compared to its benchmark, the JP Morgan EMBI Global of 4.86 per cent. Over the past 10 years the strategy has achieved average annual returns of more than 12 per cent.

Mitchell says that against a backdrop of risk-off selling, long-term investors are seeing an opportunity to take advantage of discounted prices, particularly in local and corporate segments of the emerging-markets-debt market.

“People see the yield as attractive and see emerging markets growth outpacing the developed world for many years to come, so that should also boost those currencies,” Mitchell says.

“We are seeing money flowing there even during that big sell-off in the third quarter of 2011. People who hadn’t got in saw that as an opportunity to get in and maybe we will see that again in the coming months.”

Away from home
The market for locally denominated debt has not fared as well in the current environment as hard-currency debt, but both Conelius and Mitchell see buying opportunities for investors.

Conelius notes that investors have in the past chased local-debt opportunities as they have tried to diversify their emerging-markets-debt holdings beyond hard-currency exposure.

Estimates from consultants who spoke with top1000funds.com put the average exposure to emerging markets debt at between 3 and 7 per cent of total fixed-income allocations.

Conelius notes that flows into the asset class have really only just begun, as investors seek to both diversify their portfolios away from longstanding home biases as well as take advantage of the long-term relatively strong economic fundamentals in emerging markets.

While this provides a strong foundation of demand for emerging markets debt, Conelius warns that prices can quickly become expensive when investors’ risk appetite improves.

“That flow of funds is coming from a very wealthy western world into a much smaller emerging markets world and that flow can pretty quickly adjust asset prices,” he says.