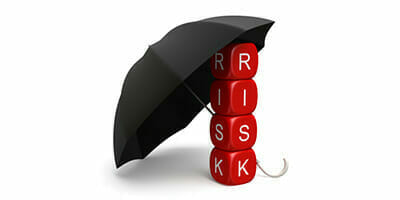 Herrmann, leader of Towers Watson’s retirement-risk-management group, says the legislative changes that passed through both houses of Congress in late June will improve the funded status of many corporate plans, allowing more de-risking options to plan sponsors.

“Historically, being under-80-per-cent funded limited your ability to pay lump sums, but one of the things that folks have realised is that holding down rates has led to an arguably unnatural environment of low interest rates and an unnatural environment for pension contributions,” he says.

“The recent act aims to stabilise pension contributions and it gives plans a little bit more flexibility in the use of lump sums.”

The push to de-risk corporate defined benefit pension funds and ultimately transfer risk to external parties is not limited to the US, with fellow pension consultant Mercer identifying a global de-risking push from plan sponsors.

“The thing that is really changing at the moment is organisations’ recognition of pension risk. More organisations now understand the need to manage that risk more proactively,” he says.

Asset shifts, lump sums and bulk annuities
Oldham says that funds typically look at a number of fronts when it comes to de-risking their pension plans.

On the asset side this often involves a gradual move into fixed income or bonds as funding levels improve – so-called dynamic de-risking.

A recent study by actuarial and consultancy firm Milliman into funding levels among the 100 biggest defined-benefit plans in the US found that for the first time fixed-income allocations are now larger than equity allocations.

Overall, the 100 companies Milliman studied allocated 38 per cent of their pension fund assets to equities last year, down from 44 per cent in 2010. This compares to 41 per cent for fixed income instruments, up from 36 per cent the previous year.

On the liability side of the balance sheet, plan sponsors can consider one or both of offering a lump sum to plan participants and/or annuitising remaining liabilities with an insurer. The plan typically pays a premium to an insurer, which then assumes full responsibility for paying future benefits.

Mercer’s UK figures show that for the last five years there has been a significant increase in the size of bulk annuity and longevity swap deals, with almost 100 over £50 million. The combined value of these deals now stands at £33 billion.

Last year high profile deals involving FTSE 100 companies included ITV and Rolls Royce, and Oldham also points to growing interest in Ireland and the Netherlands for these types of deals.

Oldham thinks that the push to annuitise liabilities will also add further momentum to the move by corporate pension funds to allocate more to fixed income.

For large deals, the asset mix of the fund will also play a part in the pricing of the premium a plan pays to an insurer, Oldham explains.

“You would expect in the lead up to a buyout that a pension plan would likely have more money in matching assets. So, it would seem to involve a more conservative investment approach over time,” he says.

Ford and GM driven to it
In the US, the push to de-risk was given further momentum by the decisions of car manufacturing giants Ford and General Motors to tackle their future and current pension liabilities through an annuity purchase and/or offering lump sum payments.

Mercer acted as an adviser on the GM deal, which saw the car manufacturer discharge around $26 billion of defined-pension liabilities to individual plan members through lump sum payments and through an annuity purchase by The Prudential Insurance Company of America.

Oldham says the deal, which Mercer claims as the largest pension buyout of its type in the US, has encouraged other funds to look at de-risking, given the move by GM was well received by the market.

“Up until now in the US, deals have been relatively small. However, there has been evidence of an active buyout market, with smaller deals often associated with plans that are terminating,” he says.

“We would expect there to be further transactions down the line and I would be surprised if GM was the last that we hear of these types of deals this year.”

The GM deal closely follows on from Ford announcing it would make lump sum pension payout offers to more than 98,000 white-collar retirees and former employees in a bid to address its $49-billion pension liability.

Since 2000, Ford’s US pension liability has increased by 50 per cent and the voluntary lump sum cash-outs are part of a plan to cut this liability by a third.

Herrmann says that he sees stronger demand from plan sponsors to use lump sum payouts because it typically can be done at lower funding levels than annuatisation. Lower funding levels, while not being a deal-breaker, will be built into the price of a potential premium paid by the plan.

“A large number of our clients are aggressively looking at the expanded use of lump sums for certain. A lot of it will depend on funded status and, with the median-funded status hovering around 80 per cent, that would have limited the probability of a certain segment of the market taking action,” he says.

De-risking strategies
The recent changes in the law governing how US corporate pension plans calculate their liabilities is also set to provide some relief on funding levels.

The changes, which form part of a highway reauthorisation bill, alter the way funds calculate liabilities, increasing the interest rates used to calculate these liabilities.

The Society of Actuaries says that more than 92 per cent of large corporate plans will be more than 80-per-cent funded after the changes comes into effect. Currently, just over 62 per cent of these large plans have achieved this funding threshold.

There are a number of plan sponsors who have de-risking strategies ready to activate and may act decisively given the right impetus, says Herrmann.

“You will also see more plan sponsors execute against annuity purchases in 2012. It is hard to imagine someone else doing the size and scale of GM, but this has been an opportunity that plan sponsors have been looking at for quite some time,” he says.

“Funded status has held them back, but I do think if we see any improvement in the capital market environment – and if you see any movement in interest rates – then there are many plan sponsors looking to take action.”

Herrmann warns that de-risking of corporate pension plans is a “multi-year project”, with funds having to take a holistic view of not just the asset make-up of the plan and its funded status, but also how this fits into what is happening to the company at a business level.

Both Oldham and Herrmann say that the reverberations from the GM deal and the fast-developing market for transferring pension risk away from plan sponsors in the UK could see more insurers looking to enter into similar-type deals with plans.