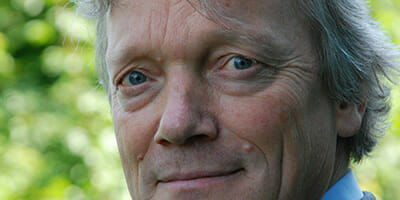 As the well-respected Dutch pension system sits in a state of reform limbo, long-time trustee and MKB-Nederland representative in the recent round of negotiations on pension reform, Benne van Popta, has particular ideas on how to improve the system.

The combination of low interest rates, an ageing population and increasing life expectancy has prompted a discussion, and protracted negotiations among the social partners, about the structure of the pension system in the Netherlands.

The likely result is a move away from defined benefit to a defined-ambition pension system, which will mean a revolutionary shift in the system via a transfer of risks to the employee.

In the Netherlands this is a big deal, according to Dutch insurance industry figures (Verzekerd van Cijfers 2011) about 78 per cent of Dutch pension plans were defined benefit in 2010.

Benne van Popta, a former Ministry of Finance employee, has been a trustee in the Netherlands since 2000 and also sits on the European Federation of Retirement Provisions on behalf of the Dutch Pension Federation and is vice chair of the European Insurance and Occupational Pensions Authority.

He has some observations about the implications of the new regime and ideas of his own on how to link pensions and longevity for a more sustainable system.

He says there is a fiduciary duty attached to shifting the responsibility to the member, which will mean providing a more transparent story about the risks and promises in the system.

The Melbourne Mercer Global Pension Index, which compares retirement-income systems around the world and rates them based on their adequacy, sustainability and integrity, has consistently rated the Dutch system as number one (see tables).

The Dutch pension system’s ratings as of 2011

Beautiful building, bad furniture
How is it then that the Dutch pension system, revered as the best in the world, is in trouble?

“I have a metaphor for that,” van Popta says. “You can build a beautiful building but the furniture is terribly bad. With regard to the Dutch pension system, the organisational and economic design is good, but if you don’t make good decisions it doesn’t work.”

He points to two pieces of “bad furniture”: the retirement age and the liability of the fund, which has increased by 12 per cent in the last five years because of longevity.

“We haven’t had the contributions or returns to fund the system,” he says. “Changing the retirement age is a political debate but it is also sartorial. People are working longer, it is a mental change, and important for social partners, if you don’t link them, there’s a problem for the pension. If you don’t meet return expectations, you don’t reach the pension ambition.”

The van Popta proposition
Van Popta believes two fundamental changes need occur in the system. The first is to link the retirement age to longevity, and the second is a faster link between the return on assets and the pension ambition.

The current retirement age in the Netherlands is now 65, and the outgoing government proposed increasing that to 66 in 2020 and 67 in 2025.

“My view is that is 10 years too late,” says van Popta, who is also the vice chair of the occupational pension stakeholder group of the European Insurance and Occupational Pension Authority.

It is a difficult time in the Netherlands, with a temporary political platform in place following the resignation of Mark Rutte’s government in April and an election scheduled for September.

In the meantime the “in between platform” is proposing to increase the retirement age in 2013 by one month and gradually increase it.

“They are starting earlier with small steps,” he says. “Change is difficult in the Netherlands right now, confidence is low, there has been a fall of a cabinet, we’re in the middle of the euro crisis, there’s a recession, and a polarisation in public debate.”

Van Popta’s view of how a proposed flexible defined-benefit, or a “collective defined-contribution” system should work means the defined-benefit expectation would be adjusted to certain changes in longevity and the market. It won’t be quite as individual as defined contribution.

“The proposition includes a change every five years to the official retirement age based on longevity research and then a subsequent change in pension,” he says. “There is a difficulty because on the one hand changes are necessary to make, but making change happen is more difficult.”