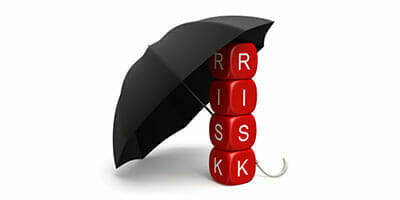 Advocating the use of financial models a six-year-old could understand and warning that the dogmatic belief in overly complex and unrealistic models contributed to the financial crisis were some of the challenging views put to the attendees of the recent CFA Institute’s annual conference.

Throwing down the gauntlet was GMO asset-allocation team member James Montier, who outlined what he saw as the key flaws of finance to members of the institute.

The fallout from the financial crisis was a point debated throughout the recent 65th Annual CFA Institute Conference in Chicago. Opinion was divided on whether the key building blocks of financial theory remained intact or had been fundamentally undermined by the events of 2008.

Montier told delegates that the four bads – bad behaviour, bad models, bad policies and bad incentives – explained the causes of the financial crisis and warned that the many of these key failings remained.

Montier honed in on the widespread use of risk measured by value-at-risk as an example of where investors were lulled into a false sense of security and/or ignored clear signs of growing risk due to an overdependence on finance modelling and theory.

“Using VaR is like buying a car with an airbag that is guaranteed to fail just when you need it, or relying on body armour that you know keeps out 95 per cent of the bullets,” Montier says.

“VaR cuts off the very part of the distribution of returns we should be worried about: the tails.”

He points to systemic problems if VaR is widely adhered to, with investors locked into pro-cyclical behaviour.

This would occur when the commonly used trailing correlation and volatility inputs to the model indicate lower risk or lower VaR, encouraging investors to increase leverage. Similarly, when VaR rises, investors are likely to collectively deleverage, further amplifying the market cycle.

The adoption of VaR by regulators encouraged bad incentives, according to Montier.

On the back of intense lobbying from powerful banking interests, VaR was extensively used as a means to determine capital adequacy and drove a surge in leverage in the banking sector.

Montier says volatility was a poor measure of risk, and pointed out the build-up of leverage in the financial system was also one indication of increasing risk.

In finding solutions to the causes of the financial crisis, Montier calls for investors to abandon their obsession with the concept of optimality. Rather than trying to construct optimal portfolios, investors should instead aim for robust portfolios.

He advised investors to treat financial innovation with suspicion and be mindful of the limits of financial models.

“All financial-model underpinnings and assumptions should be rigorously reviewed to find their weakest links or the elements they deliberately ignore, as these are the most likely source of a model’s failure,” he says.