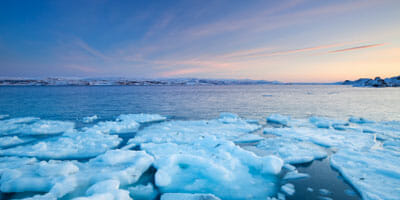 Norway’s 3496 billion kroner (US$582.7 billion) sovereign wealth fund could suffer significant losses in a range of climate-change scenarios if it fails to hedge its risk by investing in climate-sensitive assets, the release of a confidential report shows.

Norway’s Ministry of Finance recently released an extensive study by asset consultant Mercer on the effects of climate change on the Government Pension Fund Global’s (GPFG) portfolio of investments.

The world’s second biggest sovereign wealth fund has a portfolio that is heavily weighted to the traditional asset classes of equities and bonds.

GPFG is the only one of 12 large institutional investors that participated in Mercer research conducted in 2011 to release the confidential report looking at the specific impact of climate change on each of the funds’ portfolios.

If the recommendations of the report, currently with the Ministry of Finance, were adopted, the fund would make it a priority to increase its allocation to assets such as low-carbon-intensive infrastructure, real estate and private equity with a focus on alternative energy and venture-capital technologies.

The fund currently has no allocation to infrastructure, private equity, timberland, agricultural land and other alternatives.

The fund has a new investment mandate that came into effect on January 1 this year, but has recently announced it will increase its allocation to emerging markets and decrease its exposure to European assets.

As part of its risk management processes, Norges Bank Investment Management – the fund’s asset manager – has already taken measures to build in climate-risk considerations into its investment decision making.

Since 2009 NBIM has included water among its key risk focus areas (see here).

Based on the current positioning of the fund and its unique characteristics, Mercer grouped potential climate-sensitive assets into three priority groupings:

Priority 3: Timberland, agriculture, green bonds and carbon (consider building exposure to a carbon market as it matures and liquidity improves

The report recommends that GPFG introduces a climate-sensitive asset-allocation plan over a long-term horizon.

“In particular, develop a plan to cover what asset classes will be relevant and beneficial for the fund over a 1.3.5 or 10/20 time period,” Mercer advises in the report.

“This could include creative leadership in developing approaches to deploy capital to new areas of opportunity where institutional-investment frameworks are still nascent (for example, energy efficiency).”

The report does not prescribe specific target allocations for climate-sensitive assets.

The cumulative gains or losses the fund could experience are modelled relative to a baseline case, where the fund would achieve a nominal return of 7.3 per cent with risk (standard deviation of return in absolute terms) of 12.1 per cent until 2030.

Mercer found that GFPG could suffer a cumulative loss of approximately 8 per cent of its portfolio by 2030, relative to the baseline, if the current asset allocation was maintained and delayed action on climate change occurred.

Delayed action is the second most likely scenario Mercer forecasts.

The fund could potentially lose between 1 and 2 per cent of its portfolio under the most likely scenario: regionally divergent action on climate change.

Under the “Stern action” scenario where there is comprehensive and coordinated action, the fund is forecast to enjoy 2-per-cent cumulative growth relative to its baseline over the next 20 years. This is primarily caused by lower policy risk positively impacting the returns on most assets.

A cumulative loss of between 5 and 6 per cent of the portfolio is predicted to occur if climate breakdown was to occur.

The report notes that most of the more significant macroeconomic outcomes of climate change would be modest up until 2030, with the effects considerably magnified after 2050.

Built into its analysis is the impact of technology, the physical impacts of climate change and policy changes, what Mercer calls the (TIP) risk-factor framework for examining investment uncertainty around climate change.

Mercer also takes into account the sensitivity of various asset classes to these TIP factors, as well as which regions might be better placed to lead the push to change economies to a low-carbon future.

The report notes that the fund’s portfolio – currently approximately split 60 per cent equities, 35 per cent fixed income and 5 per cent real estate – was reasonably positioned in the event of climate breakdown.

However, it was more exposed to climate risk in the other more likely scenarios of regional divergence and delayed action.

The report recommends that the fund build a process for monitoring climate risk and opportunities, which could complement efforts to gradually build out a hedge against climate risk through diversification of the portfolio.

Mercer also advocates the fund establishing engagement with active managers so that it gains the advantage of being strategically prepared, rather than attempting to enter asset classes late on the back of market events when it would be more costly.

The report notes that listed equity markets were unlikely to price long-term climate risk and were, in fact, more likely to respond to climate related events as and when they take place.

“Against this backdrop, the headline macroeconomic impact of climate change is unlikely to be a driving force behind any changes to beta assumptions for listed equities within our horizon,” Mercer notes in the report.

“Rather, we expect the degree of economic transformation that will take place under the different scenarios to produce varying impacts in terms of sectors and regions.”

Uncertainty is risky
Policy uncertainty is also identified as one of the greatest sources of risk, and Mercer advises the fund, which is the second biggest sovereign wealth fund in the world, to engage on both a domestic and international level with policy makers. This engagement activity should form part GFPG’s risk management processes, according to Mercer.

The report also recommends GFPG build into its potential climate-risk hedging activities consideration of which regions will be better prepared to deal with climate change.

The European Union and China/East Asia are identified as regions where government policy is aiming to reduce emissions and attract investments.

In the case the fund does not adopt the recommendations of the report regarding specific allocations to climate-sensitive assets, Mercer advocates GPFG builds proactive management of climate risk into its existing assets.

This would include reducing the operating costs around carbon by improving the sustainability practices and energy efficiency of its real-estate portfolio and consideration of the overall equity portfolio’s exposure to TIP risk factors.

Norges Bank Investment Management (NBIM), the manager for the fund, was contacted for comment but directed enquiries to Norway’s Ministry of Finance. The ministry did not respond prior to publication.