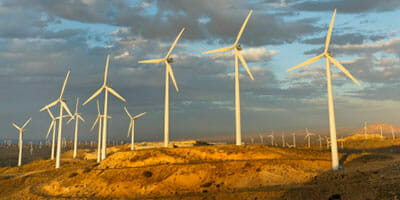 In its most simple form, CalPERS defines sustainability as the “ability to continue”. This year CalPERS turns 80 and clearly “continuing” is something it wants to do.

The strategy paper, presented to and endorsed by the board, explains the fiduciary framework the fund has adopted to integrate sustainability across the entire fund and sets out the themes and visions for the future.

Anne Simpson, director of corporate governance at the fund, says one of the interesting questions for a fund as big and complex as CalPERS is “how do you actually get this done?”

“This is a new strategy for a total-fund approach with practical impact. It has been a two-year project, it takes time, so be patient,” she says.

In developing a total-fund approach, it was essential to get buy-in from all aspects of the fund at the outset.

The fund’s corporate-governance program has been overseen by a working group that has representatives from all the key constituents in the business, including the chief executive, the president of the board, the chief operational officer and head of external affairs.

“This allows the fiduciary, investment and all aspects of the business to be across it. This is critical to develop this new strategy,” she says.

“There is a question in the industry about whether the governance people sit in the investment team, legal or in a separate division, the answer is yes, in all of them.”

The outcome of the report is that implementing environmental, social and corporate governance (ESG) is now a strategic goal for the investment office, and it is a board commitment, she says.

“This won’t work if we can’t get the F into ESG,” she says. “It sounds like I’m swearing.”

Until Christmas, Simpson’s corporate-governance group of around 20 people sat within the global equities asset class. That has now changed and they work across asset classes.

“Previously we were in global equities, but that didn’t allow us to connect on issues across other asset classes, such as private equity. This move was made just before Christmas, and it is one of the moves we’ve made internally to implement the sustainability plan.”

At the same time the sustainability plan was being formed, the fund conducted its triennial asset-liability-modelling review.

It now manages assets in three buckets: growth, which includes public and private assets; income; and inflation hedges. The management of ESG is done within these different buckets and the appropriateness of the strategy assessed on each.

“The working group across asset classes had a representative from each, and the commitment of each asset class and a critique of the vision was done on economic grounds. They assessed the vision and how to link that on to an investment strategy,” she says.

“We have an economic view that wealth creation is through financial, human and physical capital and that became the intellectual framework for ESG.”

Each of these three elements – financial, human and physical capital – was then assessed in each asset class.

CalPERS still faced the enormity of how to prioritise these forms of capital in ESG implementation, and for clarity it benchmarked the fund through an international group of peers.

It communicated directly with 11 funds, all of which had more than $200 billion, including Norges Bank, Government Employees of South Africa, Previ, Ontario, PGGM and BT.

From that process clarity of how to implement a strategy became clearer, it prioritised one mission for each of the different areas.

Climate change became the theme for the environmental consideration. The reasoning was it affects all asset classes and CalPERS believes as a mega-fund with long-term liabilities, it will be impacted by climate change.

For social issues, priorities and human capital, talent management and rewards, human rights and fair labour practices across the entire supply chain will be a focus.

And for governance, alignment of interest is the key focus.

“It’s not everything, but we can’t do everything. We had to do something that speaks to our size, global exposure and the long-term nature of our liabilities,” Simpson says.

“Each asset class developed a couple of specific things before now and the end of the financial year.”

In addition, another project is underway, a “manager’s expectation” document across the total fund.

“We have a complicated structure with internal management of public assets as well as external managers. If we think ESG has the potential to effect risk then we need to be consistent with expectations of internal and external experts. An expectations document is the next project to start next week.”

“CalPERS is in a leadership role. Rather than small portions of capital to the space, we want managers to look at risks and opportunities,” Simpson says.

CalPERS will also issue a request for proposals next month to review the “evidence” of the effect of ESG on risk and return. This will set the scene to commission new research, which ultimately will identify data and create a matrix to integrate into financials.

The fourth project, in what Simpson describes as a “mighty amount of work to do”, is to review the more than 110 initiatives and statements across the CalPERS portfolio.

This will be developed into a unified statement of principles for the entire portfolio.

“We have been doing a lot of rethinking about the long term, the fear of sustainability of returns, and the fundamental ability to pay pensions,” Simpson says.

Simpson says CalPERS has been proactive in leading by example internally.

It has cut its own greenhouse gases by 30 per cent between 2008 and 2010, more than 90 per cent of its printing and writing paper come from recycled sources, and it has conducted a governance overhaul, which includes in an external-board evaluation this July.

“We are willing to take those things on,” she says. “Asset owners need to act and engage intelligently on market level reforms. We need a broader vision.”