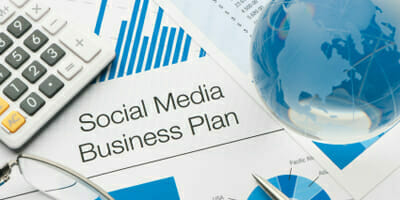 US public pension funds, under fire for the sustainability of their defined-benefit plans, are increasingly opening a new social-media front line in the battle to influence public opinion.

The Maryland State Retirement and Pension System is the latest to step up its social media presence, posting its first You Tube video, which outlines the positive effects of its $37.7-billion defined-benefit (DB) scheme on the local economy.

The video, which sees senior staff, including chief investment officer Dr Melissa Moye, discussing the system’s investment strategy, is part of a social-media strategy at the fund that included launching a Facebook page 18 months ago.

The 265 likes on Maryland’s Facebook page are dwarfed by CalPERS, which has garnered 2596 likes on its page and exhorts fans to encourage another five of their friends to like America’s biggest public-pension plan.

The Teachers Retirement System of Texas (TRS) is another large fund that says it has “gone social” and now has a presence on Facebook, Twitter, LinkedIn and You Tube.

While pension funds can be media shy, TRS has shown a liking for You Tube, posting one video each month for the last six. Its Twitter feed includes information on upcoming town hall meetings and reminds members when agendas to board meetings are available.

Unlike other social media users, TRS does seem to have ambitions to create a broader online community. On its website, it states that “TRS’ social media presence is not intended, nor created, to be a general public forum”. The message is that social media is viewed as another avenue of member engagement.

However, Maryland’s head of external communications Michael Golden says the system’s push into social media is an attempt to provide balance in a public debate, where it feels opponents of DB public pension schemes have had much more airtime.

“Defined-benefit plans, Maryland’s being but one, have a great story to tell. Unfortunately, that story has not received the same attention and balance that the criticism and challenges levelled at public DB plans have,” Golden says.

“This is our attempt to reframe the discussion about Maryland’s plan, and in a way all such plans that are effectively providing retirement security. It is presenting the facts directly to our members and everyone else who is concerned with the future of these plans and the broader concerns about retirement security.”

In keeping with this active strategy, the fund responds to comments on its Facebook page, clarifying criticism and posting links and responses to articles in the mainstream media.

It also posts research from DB advocate organisations such as the National Association of State Retirement Administrators and the National Institute of Retirement Security in an attempt to more broadly circulate their findings.

The Face(book) of pension reform across the US

The push into social media for Maryland came amid efforts by the state governor and legislature to address the funding shortfall in its system.

Maryland managed to cling onto its DB scheme when Governor Martin O’Malley designed a reform program that aimed to address the 65-per-cent funded ratio of the state’s pension system.

It was a win for DB advocates against the recent growing push to shift to defined contribution, or a hybrid mix, in state reforms designed to reign in pension costs.

The drive to tackle funding issues in public pension funds has seen unprecedented legislative reform of state and local pension systems in the last three years.

A recent US National Conference of State Legislature report found that 43 states have enacted major legislative reform of their pension systems from 2009 to 2011.

The report reveals that the number of states instigating reform has more than tripled from 2009 levels, with 32 states in 2011 undertaking major changes to their public-pension systems.

The most common reforms include moves to increase employee contributions, slashing cost-of-living increases, raising retirement ages and changing the years of service required to calculate benefits.

The Facebook pages of public pension plans put a face to these changes, with members of a number of plans commenting directly on the effects of these reforms on their benefits.

Golden sees social media as a way of communicating Maryland’s drive for a sustainable DB plan as part of this broader national debate around pension reform.

“Maryland’s governor and state legislature made it clear during last year’s reform of the pension system that Maryland continues to support a DB plan for its employees,” he says.

“Actions taken, in Maryland and elsewhere, make the case in this debate that DB plans are sustainable. It’s important for everyone to understand how import the pension system is to its members and the community at large.”

Other pension plans, such as CalPERS, have geared up to defend benefit payments to members, investment performance and the sustainability of the fund in the face of a push by state legislatures to reign in pension costs.

Last year the fund launched a blog-style site, CalPERS Responds, that details the fund’s views on a variety of topics, including reform of California’s pension funds.

Reforms include closing the current defined benefit schemes to new public employees and enrolling them in a hybrid scheme.

Other smaller funds, such as the $73-billion Ohio Public Pension Employees’ Retirement System, also have their own blog in an attempt to proactively influence public debate.

Going social, as TRS puts it, is a big step for funds, particularly smaller resource-stretched ones, whose previous public engagement may have been limited to comments from the floor of a trustee board meeting.

While there is always a reputational risk for any organisation entering the social media sphere, Golden says that the reward of getting views into the public domain outweigh the potential risks.

“We have a great story to tell; there is little risk in telling the truth,” he says.