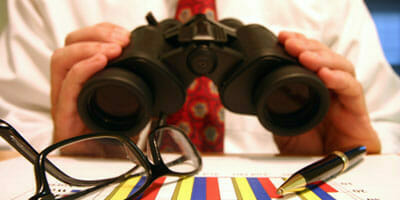 The recent sharp growth in US corporate defined-benefit-plan liabilities, coupled with concerns that interest rates will start to rise from current historical lows, is slowing the push to de-risk plans, Wilshire Consulting’s head of investment research, Steven Foresti says.

The latest Wilshire Consulting research into defined-benefit (DB) plans at S&P 500 companies reveals that aggregate funding ratios for all plans combined had decreased from 84.9 per cent to 79.7 per cent.

“The tendency with this dynamic de-risking is to move more heavily into fixed income but plans are waiting for the opportunities to present themselves based on both where the yield environment is and where funding ratios are,” Foresti says.

Exacerbating the push to de-risk by allocating more to fixed income is the return assumptions of many funds. These assumptions are another vital component to calculating a fund’s long-term liabilities.

Wilshire warns in its 2012 Wilshire Consulting Report on Corporate Pension Funding Levels that it expects the long-term forecast for return on corporate-pension assets to be approximately 5.6 per cent, well above plans’ median-return assumptions of 7.95 per cent.

The report cautions that the difference between market-based earnings and these so-called accounting earnings used to calculate liabilities cannot continue unabated. Once this gap exceeds 10 per cent of assets, it must be amortised over time, further worsening the liability picture for underfunded plans.

“The problem with doing that is you have to invest in a heavy fixed-income portfolio, which means that expected returns come down, and a big detriment to plans is that – if you look at the interest rate environment we are in now, low-rate environments where plans are concerned – one of the scenarios that could happen, whether triggered by inflation or other sources, is a rise in rates.”

Wilshire finds that corporate DB funds still have a strong exposure to equities, with a median allocation to public-market equity of 51 per cent, compared to 36.3 per cent for public-market fixed income.

Interestingly, Foresti says that the research does not reveal a strong link between funding levels and equity exposure, with the data not showing funds with low funding levels chasing returns through high allocations to equities.

A fixed-income push is more apparent when looking at the biggest 100 DB-corporate plans in the US.

Fixed income allocations up over equity

Actuarial and consultancy firm, Milliman, has also released its own study of funding levels among these 100 largest DB plans. It finds that for the first time fixed-income allocations are larger than equity allocations.

Overall, the 100 companies Milliman studied allocated 38 per cent of their pension-fund assets to equities. This was down from 44 per cent in 2010 and 55 per cent in 2007.

“The decline in equity allocations reflects one form of pension-risk management: de-risking,” the report notes. “Plans pursuing liability-driven investment strategies are typically reducing their exposure to equities, increasing their allocation to fixed income and lengthening the duration of fixed-income assets to more closely match their liabilities.”

Foresti says many of its clients are looking at dynamic de-risking plans, which look to target particular allocations that lower risk as funding levels improve.

Maudlin at Mercer and Milliman

This view is borne out by a Mercer survey of chief financial officers (CFOs) in December last year that found that 40 per cent of them were either already or very likely to increase allocations to fixed income in the next two years. Almost a third reported that they were already or were going to start a dynamic de-risking strategy.

Chief financial officers were also pessimistic about the prospects for their DB plans, with almost 60 per cent saying these pension plans posed at least moderate risk to their respective company’s near-term performance.

In attempting to address this funding situation, Milliman says it is expecting 2012 to be a record year for company contributions to pension plans.

Milliman predicts that 2012 contributions should rise to a new record level of more than $80 billion.

According to Foresti, another advantage of putting a de-risking strategy in place is that it limits some of the behavioural risks that plans may have suffered from in the past, when they were lulled into a false sense of security in bull markets.

“It is very natural if you have only experienced positive market returns and a tranquil environment to feel much more confident about the future and potentially discount the risks that are embedded in investments a bit more than you may have if you have gone through a difficult environment,” he says.

It could also be potentially more difficult at that time to say, hey, let’s move to a lower risk portfolio in that environment.”

General Electric had the largest funding shortfall of the 316 S&P 500 plans in the Wilshire survey at $18.4 billion.

Three other companies showed a pension-funding shortfall exceeding $10 billion for the fiscal year 2011: Boeing Company at $16.6 billion, Lockheed Martin with $13.3 billion and AT&T at $10.6 billion.

Boeing and Lockheed Martin have both announced that they expect pension contributions in 2012 to be at least $1 billion.

Milliman notes that while the funding deficits grew in 2011, the deficits represented less than 10 per cent of market capitalisation for 65 of the 100 companies that researchers looked at.