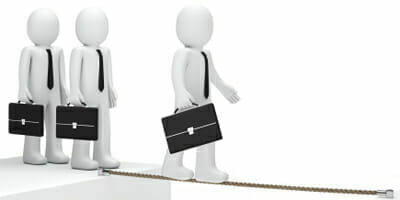 Supposedly long-term investors typically have the patience to wait about three years to see if an investment strategy will pay-off with managers needing to manage to their own and their client’s career risk tolerance, investment icon and Grantham, Mayo and van Otterloo (GMO) founder Jeremy Grantham says.

In his quarterly letter to investors, Grantham says GMO believes that what it calls “standard client patience time” is three years in normal market conditions.

“With good luck on starting time, good personal relationships and decent relative performance, a client’s patience can be a year longer than three years, or even two years longer in exceptional cases. I like to say that good client management is about earning your firm an incremental year of patience,” he says.

“The extra year is very important with any investment product, but in asset allocation, where mistakes are obvious, it is absolutely huge and usually enough.”

In his letter Grantham notes that the central truth of investing is that investment behaviour is driven by career risk.

According to Grantham, career risk results in herd mentality and market momentum that creates market volatility and, ironically, the opportunities for investors like GMO to beat the market by betting against irrational bull markets.

He believes that career risk explains the wild movement of stock markets relative to the fundamentals underpinning those markets.

Grantham’s reputation as an investor was built around picking these so-called moments of market irrationality, in particular the 2001 dot-com bust and the global financial crisis in late 2008.

He notes that clients show “little mercy” to managers who underperform as boom markets peak and points to GMO losing 40 per cent of its clients for running a relatively underperforming defensive strategy in the lead-up to the tech bubble bursting.

According to Grantham, GMO were two to three years too early in picking the price bubbles in the 1989 Japanese stock market and the subsequent tech bubble 11 years later.

“Picking cash or “conservatism” against a roaring bull market probably lies beyond the pain threshold of any publicly traded enterprise,” he says.

“It simply cannot take the risk of being seen to be wrong about the big picture for two or years years, along with the associated loss of business. Remember, expensive markets can continue on to become obscenely expensive two or three years later, as Japan and the tech bubble proved. Thus, because asset-class selection packs a more deadly punch in the career- and business-risk game, the great investment opportunities are much more likely to be at the asset-class level than at the stock or industry level.”

Do not underperform in bear markets

Grantham advises that investors can survive betting against bull market irrationality if they meet three conditions:

He explains that GMO has to manage to career risk, leaving clients’ pain “just tolerable” and typically tries to leave the portfolio looking “faintly normal” when positioning investments for the end of the an irrational bull-market run.

“Too big a safety margin and we are leaving too much money on the table. We are probably protecting our jobs rather than attempting to maximise our clients’ return,” he says.

“Too narrow a safety margin and clients may fire us, as some have done in the past.”

Grantham’s letter comes as GMO launches its Benchmark Free Allocation Fund on a stand-alone basis. The fund was previously part of GMO’s real return strategy and is an open-ended fund with an objective to provide a positive return regardless of market direction. Year to date, the fund is up 4.71 per cent, and over three and five-year periods, it is up 11.5 and 5.56 per cent, repsectively.

The benchmark-free strategy allows GMO to take bets when markets are overpriced without being constrained by a benchmark, which Grantham says entails its own risk of being swept up in major market downturns.

A conservative investor constrained by a benchmark can relatively outperform in a market downturn but still make a loss in absolute terms.

The benchmark-free strategy looks to protect capital during downturns and provide returns with lower volatility over the long term.

“The cardinal rule is to not underperform in bear markets,” Grantham says.