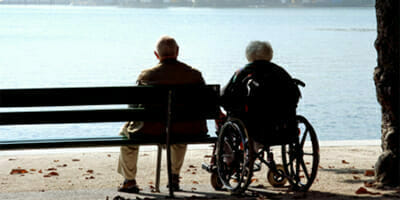 As debate rages in the US about the generous retirement benefits and high cost of state and local defined benefit (DB) schemes, new research sheds light on the role these funds play in stimulating the economy and creating jobs.

Pensionomics 2012: Measuring the Economic Impact of DB Pension Expenditures looks at the effect of DB schemes and in particular retiree spending of benefits in each state of America.

The report reveals that payments made out of DB schemes collectively supported 6.5 million jobs and produced $1 trillion in total economic output nationally.

Commissioned by the US not-for-profit National Institute on Retirement Security (NIRS), the study aims to measure what it describes as ‘the ripple effect’ in the economy of pensioners spending their benefits in local communities.

For the first time, the study includes information from private sector and federal DB plans.

In separate research utilising the same US census statistics, it is also shown that the proportion of government spending on public pensions has fallen in the last 30 years.

Defined benefit funds are particularly sensitive to accusations that they pay generous retirement benefits to public servants and are a drain on public resources.

Author of the NIRS report, economist Ilana Boivie, shows that for a period from 1993 to 2009 the majority of contributions to DB pension schemes came from investment earning.

Despite two major market downturns, investment earnings contributed 58.85 per cent of aggregate state and local pension contributions, with employers contributing a further 27.15 per cent and employees the remaining 14 per cent.

“Conversations are always focused around state budgets and funding priorities, and it is important to remember that it is not the only story,” Boivie says.

“Every dollar going into pensions is certainly a dollar that could go elsewhere and needs to get looked at, but it is important to note that retirees are contributing back to the economy. Every dollar that goes into these plans is going to multiply over time and investments will finance much of the benefit. But once the benefits are paid out to retirees, it is going to come back to the economy both in terms of the economic effect of the spending and the tax impacts.”

In separate research the National Association of State Retirement Administrators, a non-profit association whose members are the directors of the nation’s state, territorial and public retirement systems, has found that state and local governments spend on average 3 per cent of their annual budgets funding their employees’ retirement schemes.

This funding has fallen from a high of more than 4 per cent in the early 1980s, according to the State and Local Governments Spending on Public Employess Retirement Systems report.

The states with the biggest proportion of their budgets going towards public employee retirement benefits were Alaska (6.35 per cent), California (5.98 per cent) and Nevada (5.39 per cent).

The report notes that in these states more than half of public employee payrolls are estimated to be outside social security.

Investment returns have been a particularly thorny issue for DB pension funds, with even minor adjustments to expected-return objectives used to calculate future liabilities that potentially cost state budgets hundreds of millions of dollars.

State-by-state breakdown of the proportion of state budgets allocated to public pension schemes.

CalPERS is one of several pension funds to recently announce that they would cut their return objective from 7.75 per cent to 7.5 per cent.

These changes are predicted to cost the Californian budget – already $9.2 billion in deficit – $165 million per year.

The CalPERS board have also resisted calls from state politicians for the country’s biggest pension fund to invest more in its home state, arguing that it concentrates risk for the $237-billion fund.

The fund seized on the report’s findings, which also analysed the economic effect of DB schemes in all US states.

According to the NIRS study, DB pensions supported more than 300,000 jobs and $52.5 billion in total economic output in California.

CalPERS chief executive Anne Stausboll says that secure retirement payments were a vital part of the state’s economy. “According to the report, the positive impacts are ‘quantifiable’ not only in real dollar purchases and jobs that benefit the service, retail and health industries, but they also benefit the quality of life that our seniors experience after retirement,” Stausboll says.

Boivie’s research shows that state and local employees in 2009 received benefits of $23,407 a year compared to private sector employees on DB schemes at $20,298.

A recent retiree on a corporate defined contribution plan typically has an average balance of between $50,000 and $60,000, Boivie says.

It is the certainty of these payments that leads to the most sustained economic benefit, resulting in stable consumer spending in local economies, which flows through to a wide range of industries, Boivie argues.

The analysis finds that in 2009 (the most recently available statistics) $426.2 billion in gross public and private pension benefits were paid out.

The research also reveals that in 2009 $50.8 billion of these payments were funded from taxpayer dollars.

Using the same modelling techniques, Boivie estimates that of every dollar of taxpayer money invested in public pensions over the last 30 years, $8.72 of total output was created.

Governments have also gained a tax benefit from DB schemes, researchers find. State and local DB schemes, either directly through beneficiaries paying taxes on benefits or through tax revenue resulting from retiree expenditure, contributed $26.2 billion to state and local tax revenue in 2009.

The report’s methodology has been refined in recent years, as the IMPLAN software has become more sophisticated.

One such change to the input-output model has allowed researchers to better estimate where spending goes by matching it to the different spending patterns that occur as household incomes rise. The NIRS will also look to break down the benefits at a state level on a per capita basis.

However, Boivie acknowledges that the economic impact of DB schemes goes beyond just the benefits paid to retirees: there is currently insufficient data and overwhelming complexity in trying to measure what the overall effect of DB investments are on the US economy, she says.