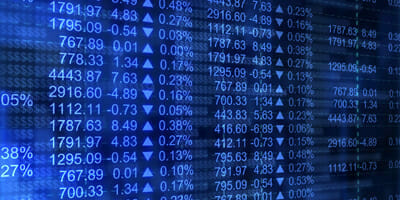 Long-term investors should look beyond the current strong rebound in equity markets as it is likely that markets may be subdued in the coming years, according to consultancy Segal Rogerscasey.

Glenn Ezard, senior consultant at Segal Rogerscasey’s Los Angeles office, says that long-term investors should look closely at their indexing strategy, saying that just tracking the market over the next 10 to 20 years could lead to disappointing returns.

In keeping with a view shared by a number of funds that have lifted their allocations to private markets and alternatives, Ezard also urges investors to gain exposure to more concentrated forms of risk in non-traditional assets such as private equity.

Despite this, the S&P 500 remains below the peak level of 1565 achieved in October 2007, resulting in a potentially attractive price to earnings ratio (PE) of approximately 14 times operating earnings in early March.

Segal Rogerscasey argues that while at first glance this may indicate that stocks are potentially undervalued, an alternative measure of equity market valuation indicates that investors should be cautious in taking the view that stock prices need to catch up with recent earnings growth.

Utilising the work of Yale economics professor Robert Shiller, which attempts to adjust for volatility of business cycle earnings by using a 10-year average for earnings, calculating a Cyclically Adjusted Price-Earnings (CAPE) multiple, Ezard says, indicates a different picture of the market.

In December 2011 the CAPE measure was approximately 22 times earnings – well above the long-term average CAPE of 16.4 times, which is based on data going back to 1871 that Shiller compiled.

“We don’t know whether the market is going up or down, but that is not really the point,” says Ezard.

“The point is, if we can see some sort of increase in PE multiple, an increase in the valuation. Our sense is that is just not going to happen. Looking forward, there are a lot of good reasons not to get really long risk in terms of equities.”

Ezard makes the point that there have been extended periods when markets have traded below this long-term average CAPE multiple of 16.4.

Over the last 20 years, however, it has only traded below this average once, at the trough of the market correction in early 2009. Ezard expects the long-term market to revert to trend.

“Segal Rogerscasey expects that the CAPE should remain near the long-term average, at best,” the consultancy’s March research note to investors states.

“Given the heightened level of uncertainty in economic growth trends, the CAPE may very well trend below the long-term average. This means that sustained earnings growth will be required for a corresponding increase in stock prices, and gains through expansion of the price earnings multiple will likely remain elusive.”

The argument for sustained earnings growth is further weakened by ongoing strong economic headwinds, which Ezard notes includes ongoing slow growth in the world economy and continued high unemployment in developed economies such as the US.

Ezard says that falling inflation and low interest rates that characterised the last long term upwards momentum in the Shiller CAPE that began in the early 1980s and peaked when the tech bubble burst at the end of the 1990s is unlikely in the future.

Rather these tailwinds are likely to become headwinds as interest rates and inflation move up from their current low levels.

The view that the growth in corporate earnings may be reaching a mature stage is one held by consultants Russell Investments.

“Profit margins are back to nearly all-time highs. In that [US] economy it is very hard to see profit growth doing better than nominal GDP growth so that is one of the things that stops us being too optimistic and thinking we are going to get a big lift in equity markets from earnings,” Pease says.

“It is really going to have to come from re-rating higher PE ratios, we have already seen that happen to a large extent and there is probably a little bit more room for that but really we are getting closer to the valuation spot for US shares in particular.”

SR’s long-term analysis of equity markets is another example of a work that has thrown up doubts about the assumptions underpinning investors approach to equities.

In a detailed analysis of what is risk premium is considered normal, Robert Arnott and Peter Bernstein argue that the long-term forward-looking risk premium is nowhere near the typical 5 per cent level of the past.

They find that the risk premium for investors might objectively be expected to be around 2.4 per cent, half what most investors have believed.

This belief is based on long-term historical equity-returns analysis done by Ibbotson Associates that has typically produced assumptions of an 8 per cent real return on equities and a 5 per cent risk premium over bonds.

In their 2001 paper The Equity Premium, Eugene Fama and Kenneth French challenged these assumptions. They estimate the equity premium using dividend and earnings growth rates to measure the expected rate of capital gain.