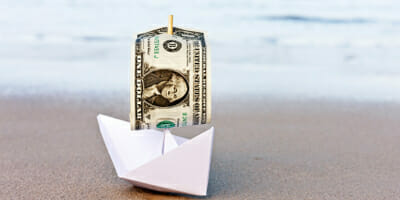 US institutional investors are discouraged to diversify into offshore shares due to the outcome of a court case which restricts anti-fraud protection.

The US case involving the purchase of shares in an Australian bank by Australian investors on an Australian stock exchange has important implications for US institutional investors and their drive to diversify investments offshore, a paper finds.

A white paper commissioned by the Council of Institutional Investors (CII) to examine the impact on institutional investors of the 2010 case, Morrison v National Australia Bank, was released this week. (Click here to download the report.) The case is detailed below.

The paper, authored by Christian Ward and Campbell Barker, lawyers at Yetter Coleman, argues that Congress should grant US investors the right to sue for securities fraud regardless of where shares are purchased.

The paper says restricting the scope of US antifraud protection, an outcome of the case, significantly alters the risk profile of foreign investments.

“Under Morrison, US investors will have no recourse in US courts for fraud by the numerous foreign companies that list their shares outside the US but raise money in the US through the purchase of those shares by Americans,” the paper says.

Globally, there is a clear trend for institutional investors to invest offshore. According to the Towers Watson Global Pension Assets Study, the weight of domestic equities in the pension equity portfolios of the largest seven pension markets has fallen, on average, from 64.7 per cent to 28.1 per cent since 1998.

Of those largest seven markets the US, however, remains the country with the largest home bias to equities.

According to the argument in this white paper, the lack of antifraud protection for US investors in offshore securities may act as a disincentive to invest offshore, which would further buck the global trend, and have diversification implications.

In the Morrison case, the plaintiffs, who were Australian purchasers of ordinary shares of National Australia Bank, which is organised under Australian law, argued that statements made by bank officials artificially inflated the share prices.

Where it concerned the US courts was the fact that they alleged those deceptive statements came from misleading accounting used by one of the bank’s subsidiaries – Homeside – located in the US.

From a US perspective, in the Morrison case, the lawsuit involved foreign plaintiffs, against a foreign defendant, concerning securities traded on a foreign exchange – a so-called “foreign cubed” or “f cubed”.

The Southern District of New York and Second Circuit Court of Appeals dismissed the action because it involved only harm to foreign investors, and it found the alleged fraudulent conduct in the US was too far removed from the alleged injury.

The Supreme Court upheld the dismissal of the action, but for a different reason.

It adopted a test that focuses solely on the place where securities are purchased and sold – a transactional test.

If a securities transaction occurs on a US exchange or otherwise occurs in the US, the antifraud provisions of Securities Exchange Act apply. But those provisions do not apply if the transaction does not occur in the US.

This paper argues that the transactional test fails to take account of the reality of financial markets transactions in a globally connected economy. For example, both the US and the EU have laws requiring brokers to adopt a “best execution” policy that ensures orders to buy and sell securities are executed to a client’s best benefit. This may mean the execution takes place on an exchange offshore.

“In today’s globally connected economy, investors may have no idea where a purchase order for securities is carried out. Some securities are listed on two exchanges – one domestic and one foreign – and investors will not know through which exchange their transaction is routed,” the paper says.

Soon after this case in 2010 the Dodd-Frank Wall Street Reform and Consumer Protection Act was passed by US Congress.

In the act, Congress responded to the Morrison case by expanding “the extraterritorial jurisdiction of the antifraud provisions of the federal securities laws”, but only in actions brought by the SEC or the DOJ, and not by private investors.

In the CII paper, the Yetter Coleman lawyers argue that US investors should have a private right to sue for transnational securities fraud.

Part of the argument is it puts further fiscal pressures on agencies like the SEC, which already operate on tight budgets; and that a private right of action would ease the burden on government agencies, which may not have the resources to address transnational securities fraud even if that fraud significantly harms domestic investors.

Further, it argues that a private right of action results in recoveries that far exceed recoveries by government agencies.

For example, the SEC recovered $40 million for investors defrauded by Enron, but investors recovered more than $7 billion in private suits.

According to the CII paper, the Morrison case has had wide reaching implications in the past 18 months.

For example, even if investors place their purchase from the US with a US broker, courts have ruled that the transaction is not “domestic” if it settles on a foreign exchange.

It argues that allowing investors to assert claims to recover losses caused by fraud also ensures investors’ confidence in the truth of financial disclosures, which in turn, promotes the efficiency of capital markets.