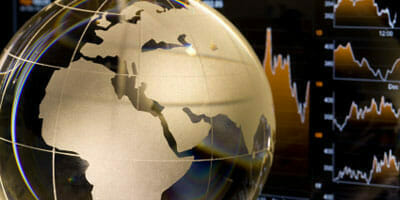 A strong financial services sector is an integral part of solving the world’s “real challenges” of unemployment, poverty and global imbalances Josef Ackermann, chief executive of Deutsche Bank and chair of the financial services governor’s group at the World Economic Forum, says.

Speaking at the 2102 annual meeting in Davos last week, Ackermann, says “we need to stop the blame game and start looking forward”.

Pointing to Spain’s 42 per cent youth unemployment, he says a strong financial services sector is needed to support the type of recovery that is needed and to contribute to prosperity in order to grow the real economy on a global scale.

In a separate session at the annual meeting, chief executive of Citi, Vigram Pandit, pointed out that 400 million jobs need to be created between now and the end of the decade.

The financial services governor’s group, chaired by Ackermann, discussed the economic outlook, regulatory framework and sustainability within the financial sector, as well as look at risk management and the lessons from other industries including aviation and food.

“It is seldom that so few have done so much to so many,” he says. “When you boil it down only a few banks failed the test, the bulk of banks managed the crisis very well and increased profitability and market share.”

So, he says, one of the lessons from the crisis is to single out those that have made major mistakes; the group also thought a more differentiated analysis of the crisis revealed that while banks made mistakes there were also political mistakes and market inefficiencies which helped cause the crisis.

“We now need to pull forces together to make the system more stable without jeopardising the efficiency of markets and the financial of the real economy.”

He said the governor’s group supported reforms in liquidity management, improving market infrastructure, and a system to exit failed banks, but there was also a need for consistent, global rules.

But in his view it is not wise to come up with new proposals or taxes as it would add to instability.

Ackermann says: “on the psychological and political side we are proactive in helping put in place insurance funds on a national or European level, to do something on the compensation level. This is a very emotional issue and we are working in the industry on a proposal.”