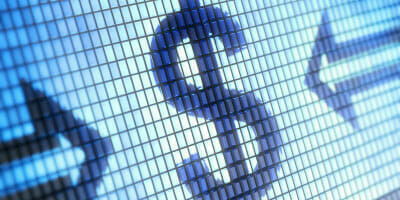 Ron Liesching, chairman of Mountain Pacific Group, an investment firm that contributed to the development of the FTSE Wealth Preservation Unit, examines a new solution to managing currency risk.

Global investors struggle with one central issue, currency risk. Now there is a new solution: the FTSE Wealth Preservation Unit (WPU). The WPU is a diversified basket consisting of 13 components that are designed to preserve global value.

Primarily a basket that includes the seven most liquid developed currencies and the four BRIC currencies, the FTSE WPU also has a small weight in two commodities – oil and gold.

The dollar and beyond

This undiversified currency basket is the side effect of equity investment. The currency basket is unattractive because these countries have unsustainable deficits and are at risk of credit downgrades. US, Euro and UK interest rates are well below inflation and no investor would recommend this currency basket.

The solution is to hedge the currency exposure into a superior diversified basket. Many have proposed this. At its 2011 annual conference, UBS surveyed over 80 managers of central banks, sovereign wealth funds and multilaterals with total assets over $8 trillion. Over half the respondents predicted that the dollar would be replaced by a currency basket within the next 25 years.

The World Bank’s Robert Zoellick went further in a November 2010 Financial Times article in which he proposed a new monetary system based on the major global currencies – including the dollar, euro, yen, pound and renminbi – that also makes use of gold.

Hedging into FTSE WPU does not disturb existing investments. A separate currency-hedging program replaces the concentrated currency risk with FTSE WPU exposure. The WPU is designed to be liquid, so hedging $1 billion would have little market impact.

When revenues are in one currency, the FTSE WPU is especially useful as Ghazi Abdul Jawad, an advisory board member for FTSE WPU and chairman of Altaira Middle East noted: “A fall in the US dollar hits both oil revenues and the value of US assets. So partly hedging assets into FTSE WPU sharply reduces the US dollar risk that investors in this region face.”

Ultra high net worth groups and monetary authorities understand there is no riskless currency. They want to preserve long-term wealth in global terms. Philip Coggan, Buttonwood columnist at the Economist, notes in his new book, “Paper Promises”, that “The massive debts accumulated over the last 40 years can’t be repaid in full, and they won’t be paid”.

This is already happening: US inflation is currently 3 per cent per annum. As the Treasury Bill rate is 5 basis points, nearly 3 per cent per annum is being lost in real wealth. Inflation is the best way for democracies to deal with excessive debt. But this is doubly bad for foreign investors. Foreign investors lose from internal devaluation caused by inflation and external devaluation caused by declining currency value. This is why investors want to hedge their paper currency risk and preserve their wealth in global terms. The components in FTSE WPU are weighted to minimise these two paper currency risks. The movement of a currency against FTSE WPU shows how the global value of that currency is evolving. That rate is published daily by FTSE.