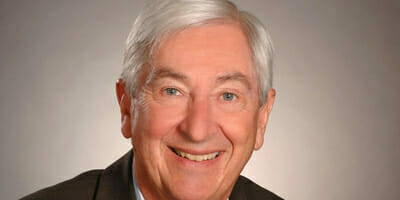 There is too much trend following and too little intellectual irritation in pension management, according to Keith Ambachtsheer, principal of KPA Advisory Services.

Woody Brock does in his latest book American Gridlock: Commonsense Solutions to the Economic Crises reminds Ambachtsheer of the tendency to quickly jump on any numbers-based study that appears to solve an important problem.

“The history of science makes it clear that most important problems have been solved by deductive logic. Information [only] re-enters the picture in the final stage of scientific discovery process known as ‘confirmation’…” writes Brock in his book.

Ambachtsheer says that retracing his personal deductive ‘discovery’ journey in the field of pension design and management over four decades confirms this truth.

“Deductive logic tells us that pension design and management structures built on these foundations will be both sustainable and measurably effective. We should not be surprised that a growing body of well-crafted empirical studies is now confirming these four principles,” explains Ambachtsheer.

“Woody Brock is an iconoclast,” he says. “He keeps reminding us that the all the good thinking has come out of deductive reasoning, first principles; it is such a powerful idea.”

“In pensions, historically the cost/benefit of going with the flow is really strong,” he says. “For example, if you come out and say defined benefit plans suck then you don’t have a really long career. It is difficult to be outside the box and get anyone to take you seriously.”

Part of the problem, in creating critical thinking in this industry, he says, relates to its evolution.

“The pension industry is a combination of a layperson’s approach with a trust-law overlay. In addition, because laypeople are legally bound to seek help, there is an overabundance of ‘help’ from service providers. So for players in the industry there is a sense is to defend it.”

This is destructive, Ambachtsheer says, because critical thinking can be the difference between success and failure.

“The pension design and management field has suffered from too much conventional thinking for too long. Too many people have been too intellectually lazy to examine their conventional beliefs using first-principle deductive logic.”