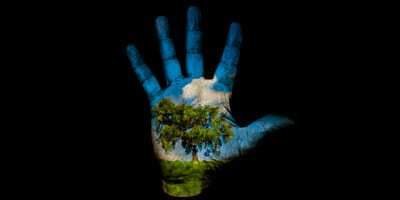 An original Australian pilot project to benchmark asset owners on their management of climate change risk will be expanded globally later in the year.

The Asset Owners Disclosure Project (AODP) will call for disclosure from asset owners in more than 57 countries in May.

The AODP is targeting the world’s 1000 largest funds. It will gather information voluntarily disclosed by funds, as well as encourage fund members to demand information from their funds on how the funds are managing climate change risk.

Poulter says that the project, which is now in its third year in Australia, is an attempt to move beyond membership-based initiatives to actually measure what material actions asset owners are taking.

“We know there are a whole bunch of very honourable initiatives such as the PRI (Principles for Responsible Investment) and member-based organisations designed to encourage asset owners to think more progressively about climate risk,” Poulter says.

“But what we were finding was that that there was no way of telling who was doing what. Frankly, in the last two or three years, we have still not found who is doing what because there is no way to tell if CalPERS is better than BT, or whatever.”

Investor Group on Climate Change in Europe and its Australia/New Zealand arm also runs its own survey of members.

“Over the last two or so years there investors have been moving from a theoretical discussion to more practical questions about what needs to be solved at a portfolio manager and CIO level,” Fabian says.

IGCC will release its own survey to members next week and Fabian says that the work of AODP has informed what will ask funds this year.

“In previous years we had more process type questions, like what are your management processes whereas this year we are starting to look at more at what changes in investment decisions have been made by the funds,” he says.

As well as encouraging members to ask for information from their funds on how they are managing climate change risk exposure across their respective portfolios, AODP will also rate asset owners on what information they already disclose publically.

The Australian pilot project, which is a joint initiative of the Australian Institute of Superannuation Trustees (AIST) and The Climate Institute, has attracted involvement from 18 Australian superannuation funds with more than $200 billion in combined assets under management.

Poulter says that involvement in the project has been beneficial for Australian asset owners, as it has allowed them to see what  their peers are doing, as well as more closely examine their own internal processes.

“This isn’t just about extracting information, forming a benchmark and driving and criticising,” Poulter says.

“It is definitely, for the funds, a very positive thing because they get to look at, not just at an overall level but in each area of their business, how they compare on a whole range of different criteria.”

Local Government Super is one of the asset owners that participated in the project. The fund’s sustainability manager, Bill Hartnett, says that the assessment process rather than the benchmarking has been of most benefit.

Hartnett says that the method of assessment has helped the fund develop strategies for managing climate change risk and how to do this across asset classes.

The methodology AODP advocates is a step-by-step process for asset owners to first assess their exposure to climate change risk, and then take steps to practically implement management of the risk across all asset classes.

The scope of the methodology is wide ranging, requiring funds to not only examine their internal investment processes and governance but also their policies and assessment of consultants and asset managers.

“Across all asset classes you are looking to engage in with the asset managers you employ to see their understanding of this risk,” Hartnett says.

“It is an ongoing decision making and management tool for us.”

Along with ambitious plans to move its assessment and benchmarking onto a global stage, the project has also added global firepower to its board.

Burrow has called for asset owners to fully integrate Environmental, Social and Governance (ESG) considerations into their investment decisions to both secure workers savings and also encourage better stability of the financial system.

In a statement detailing her appointment to the board, Burrow says asset owners must take urgent action to better deal with the risk posed by climate change to their portfolios.

“Climate change cannot be solved by policy alone, and it requires that trustees embrace whatever change is necessary so that climate risk can be managed to the benefit of all their members,” Burrow says.

“The stakes are incredibly high and we quickly need to protect workers capital against yet further systemic financial crashes like the one we are experiencing now.”

For a detailed breakdown of AODP’s methodology click here.